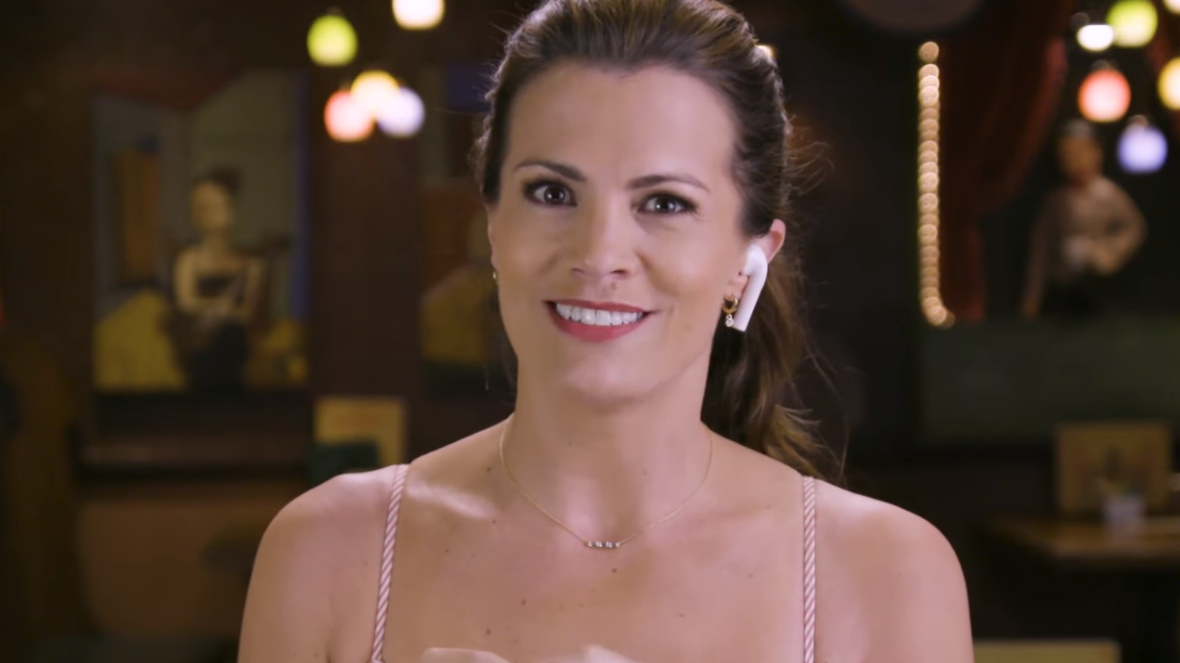 If you caught Friday’s episode of The Young and the Restless, leave it to that cliffhanger of the moment to keep you on the edge of your seats for the weekend until Monday.  In this cliffhanger, Adam (Mark Grossman) and Nick (Joshua Morrow) are having quite the argument when none other than Chelsea(Melissa Claire Egan) reappears in Genoa City and right in front of them!

This signals the return on-air of fan favorite Melissa Claire Egan who has returned to the CBS Daytime drama series, and there is plenty of drama coming from Chelsea in the weeks to come as you will see.

To welcome her home to Genoa City, CBS.com sat Melissa down for a “look back” of some of Chelsea’s memorable scenes.  Egan was watching the clip selection for the first time and gave her honest, oh-so-fun, and insightful commentary.

Included in the clips were;  Chelsea’s first scene with Cane (Daniel Goddard), the explosion that supposedly took the life of “Adam”, a confrontation with Sharon (Sharon Case), the major reveal where Chelsea learns that her bff, Chloe (Elizabeth Hendrickson) “killed” Adam, and a Nick (Joshua Morrow) and Chelsea make-out scene.

Watch Melissa’s first scene back on yesterday’s Y&R and then the video of her checking out some favorite Chelsea moments below.

Then let us know, which was your favorite moment of Chelsea’s of all-time? And, are you looking forward to seeing Melissa back on Y&R? Post your thoughts in the comment section.

GH’s Trans Actress Cassandra James On Her Portrayal Of Terry: “It’s Not Lost On Me The Importance Of The Work I’m Doing”

-ooh goddie–
Another scolding mother figure has entered..
Things were just getting Good!
Adam and Nick were going to get on!!
Then Chelsea enters yelling STOP IT STOP and they obey, sigh

Downer Chelsea !! ruined the party.
I hope she doesn’t suck the life outta a good fight/not just physical.
Adam taking down of Nick is the best part of Y&R these days..
Chelsea best step back !!