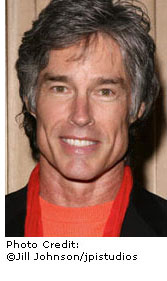 The Bold and the Beautiful is one of three nominees this year for the 4th International TV Audience Award in the “ Telenovela / Soap Opera ” category, it was announced today by the festival. The series has been the recipient of the award for the last three years, and this marks its fourth consecutive nomination.

The TV Audience Awards will reward the programs that gathered the highest number of viewers worldwide in 2008 across five continents. The nominees were pre-selected among the fifteen best foreign fiction programs in 66 countries. The winners will be presented at the 49th Monte-Carlo Television Festival Awards, Thursday, June 11, 2009 at the Grimaldi Forum in Monaco.

Cast members Ronn Moss (Ridge Forrester) and Ashley Jones ( Bridget Forrester ) will attend the festival in the Principality of Monaco as guests of H.S.H. Prince Albert II from June 7-11, 2009. Series Executive Producer and Head Writer Bradley P. Bell and the two actors are set to attend the awards ceremony on June 11.

In conjunction with the festival and a number of the series’ broadcasters, viewers from selected countries in Europe will have a chance to participate in promotional contests to win a grand prize consisting of a trip for two to the festival, including a winner’s luncheon on Monday, June 8 in the presence of the actors.

The Monte Carlo Television Festival ( www.tvfestival.com ) is hosted under the Honorary Presidency of H.S.H. Prince Albert II of Monaco , and includes press events, a jury competition and awards, premiere screenings, glamorous receptions and parties hosted by the major networks and studios.

More than 200 journalists from around the world will be present to cover this unique international television festival attended by the creative forces of the industry.

Related Topics:international tv audience awardsNewsThe Bold and the Beautiful
Up Next