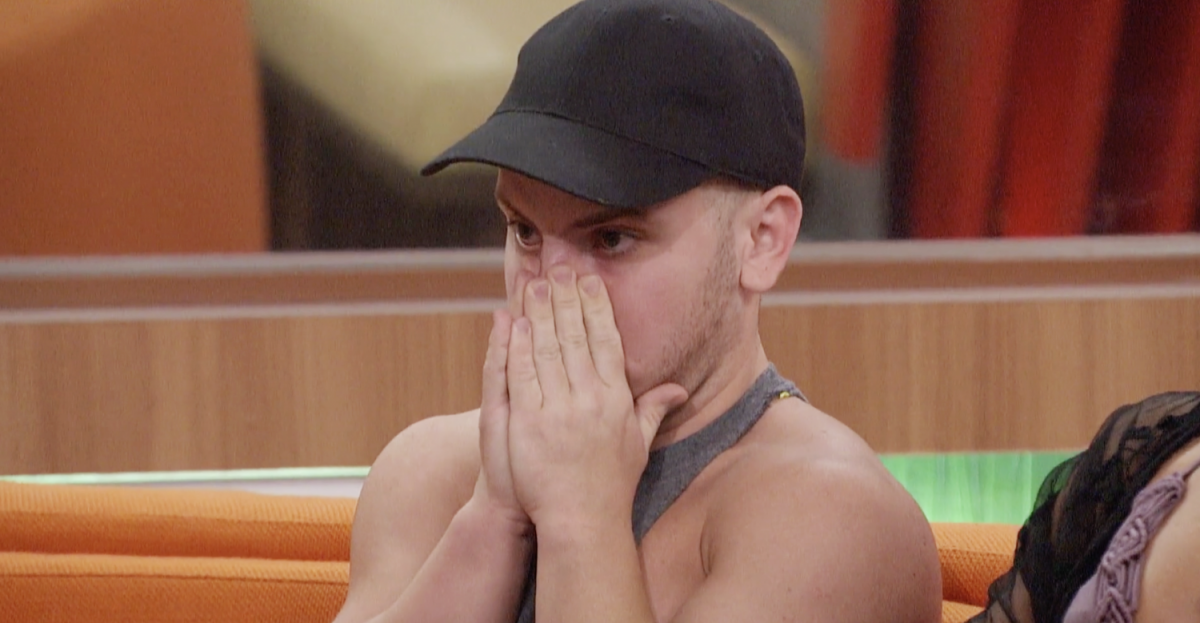 It was an episode of many awkward moments in last night’s airing of Big Brother. Previously, Sam had just nominated both Haleigh and Kaitlyn, because she thought the two were all over the men in the house, and they were the “opposite of female empowerment.” It was a speech that left the house cold – specifically Faysal, Rockstar, Kaycee, and the two nominees.

Immediately following the ceremony, Tyler went up to visit Sam in her HOH room to figure out what the next steps were, specifically in case the veto is used and she is forced to put up a replacement.  Sam kept her ideas quiet like she had been doing throughout her HOH reign.  Tyler was able to give his two cents by suggesting Rockstar.  Given her antics with the pots and pans this week, he suggested it would make the most sense, because it would be the easiest thing to do with the least amount of blood on her hands.

Then, viewers see a conversation between Kaitlyn and Faysal.  She wanted to know if he would save her with the PoV, if he were to win it.  He agreed, but shortly after, he promised Haleigh the same thing!  When it came time to pick players for the veto competition, JC, Faysal, Rockstar were picked to join Sam, Kaitlyn, and Hayleigh.  And none other than Big Brother legend, Rachel Reilly came back to host it.

After the competition was over, Faysal was announced the winner.  Both Kaitlyn and Haleigh were thrilled to find out he had won it, because both were told he would use it to save them. Problem is… he only has the opportunity to save one person.  Faysal eventually admitted to Kaitlyn that he promised to keep Haleigh safe; which caused her to run out of the room in tears.

With the PoV ceremony happening, it was still unsure of who Sam would put on the block.  She wouldn’t express any ideas to her close ally Tyler… so at this point, anything was possible.  By no surprise, Faysal ended up using the veto to save Haleigh, but things got interesting and really awkward, as Sam tearfully announced that she was putting up “her best friend” JC on the block.  He then responds by bursting into tears that she was not making the right decision.  Sam immediately responded by agreeing and told Rockstar to be the replacement. It was the most uncomfortable ceremony in the history of Big Brother. Sam had then unleashed her “Power App”, reassuring both Kaitlyn and Rockstar that they have a chance to come back into the game.

Who do you want to see evicted from the Big Brother house… Kaitlyn or Rockstar? Do you think they win the chance to come back in the game? Let us know in the comments below. Find out what happens in an all-new episode tonight at 9/8c on CBS!

THE YOUNG AND THE RESTLESS: Heartbreaking Hevon Wedding