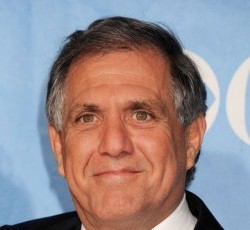 Les Moonves. President and CEO of CBS Broadcasting Corporation appeared on CNBC today with an interview with David Faber whose mother-in-law is the wonderful Marie Masters ( Susan ATWT), who has been on the soaps for decades.  Moonves, when asked by Faber of today’s cancellation announcement of the soon to be 54 year old soap, said: “Well, you know what?  The days of the soap opera  have changed a lot.  Guiding Light left us last year and As the World Turns will this year. You know what?  They’ve had  long and distinguished  runs and their day… is… over!”

For more on Faber’s ‘foot-in-his-mouth’ gem, check out Gawker.com’s analysis of the interview with Moonves!

Later, in a article out in the New York Times, Moonves was quoted as saying, “Is it the end of an era?  Sort of.  Only the special soaps are going to survive.  It’s certainly the end of the client-owned soap.”  He added, “All good things come to an end, whether it’s after 72 years or 54 years or 10 years. It’s a different time and a different business.”

“It’s a part of our business that we will miss, and it’ll be hard for us to say goodbye to the show,” Ms. Tharrington said. Proctor & Gamble said it would try to find a new home for the series. Given the current economic climate, though, that is considered unlikely.

As the World Turns had the longest-running continuing character in television history — the family matriarch Nancy Hughes, played by Helen Wagner, now 91. Despite the conservative reputation of many Procter & Gamble soaps, the show featured a male couple, Noah and Luke, and the first gay kiss on daytime television.

However, its audience, which exceeded six million viewers a week in the 1990s, has drawn less than 2.5 million so far this season, the Nielsen Company said. And the younger adult women viewers, which are favored by most advertisers, had shrunk even more.

ATWT's Eileen Fulton on end of soap: "It'a a hell of an XMAS Present"!

Les Moonves – The only thing I have to say is YOUR TOTALLY OUT OF TOUCH WITH YOUR AUDIENCE. I hope when it’s time for you to retire…you may understand that. Believe it or Not you don’t understand the soap opera fan like you think you do…CBS WILL lose alot of viewership..even more then when GL was canceled. The reason NBC is losing viewership is because they refuse to understand or even listen to their audience. So go ahead and cancel all the favorite show of many generation. Soon you will be in the same boat as your competitor.