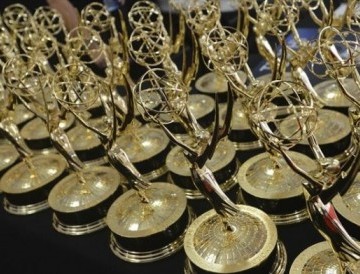 Every year with the changing landscape of daytime television, the National Academy of Television Arts and Sciences (NATAS) and those who work in the daytime industry try to implement additions, when warranted, to the number of categories for the Daytime Emmys that reflect its current state of programming.

For the 43rd Annual Daytime Emmy competition, and upcoming presentation the following changes are afoot as noted by NATAS Senior VP Daytime Emmy Awards, David Michaels, in an feature for Variety.

First, the awards will feature a new category for Outstanding Musical Performance in a Talk Show/Morning Program.  And with that, the possiblities seem endless as to the big name stars who could garner a nomination.  Michaels elaborated: “If you think about the kinds of guests that are on The Today Show, Good Morning America and all of the talk shows, the entries in that category are like a who’s who of the recording industry, so no matter who gets nominated, that category’s going to be on fire.  There will be a minimum of five nominees, but the number could go up.”

Secondly, with the boom of online web series and so many daytime soap opera favorites appearing in them, this year, instead of only one acting category comprising both male and female performances, the category is now split into two like the Daytime Drama Series acting categories.  Michaels expressed:  “Last year we noticed the talent category was completely out of control. It was just performer in a digital drama, so we split it into actor in a digital drama and actress in a digital drama so it would be a little more manageable for the judges. And it’s still huge.”

Finally, while the Lifetime Achievement Award primarily has been given over the four plus decades of the Daytime Emmys to a performer in front of the camera, this year there will be two recepients, one for a person in the creative fields. “It’s to honor a behind-the-scenes person who’s had a lifetime of contributing to a show or several shows,” Michaels revealed, “not just a front-of-the-camera person.”

This year the Daytime Emmys have 87 categories in which series, performers, and creatives have entered.   The major nominees will be announced on March 24th on CBS’ The Talk.

So what do you think about the addition of musical performance category, a second digital acting and Lifetime Achievement Award? Share your thoughts in the comment section below!

GENERAL HOSPITAL: Carly and Sonny Come To An Understanding Of Their Complex Relationship!

Alison Sweeney Posts Video Fighting Back Against Company Claiming She Is Endorsing Their Diet Product!

I applaud the Academy for staying relevant and recognizing innovations to the genre … yet it does become a slippery slope of easing into that culture of ‘everyone gets a trophy just for showing up’. With only four network dramas competing, it’s a little disingenuous seeing them ALL duke-it-out for Best Drama, Best Writing, Best Directing, etc. As recently as 2009 (pre-cancellations of GL, ATWT, AMC and OLTL), at least half the shows could legitimately rise to the top tier while the remainder sat it out. Now EVERY show gets a nom in EVERY category; just doesn’t feel as much… Read more »

I agree. Just because a show is still on the air shouldn’t make it automatically eligible for Best Show or Best Writing.

Well the musical performance Emmy is just to boost ratings for the Emmy show by ensuring some big name in music might be performing or attending– it is designed to draw in viewers who do not normally watch or care about daytime, but might watch for the big name musical star– shameless self interest on that new award Adding a lifetime award for behind the scenes is long overdue– Splitting the digital acting awards into male and female is in keeping with the other acting awards, and I predict as the medium expands those awards will expand into the supporting… Read more »

But..will any of the Singers nominated show up to get their emmy??

Geoffrey and Mary, I agree with your points. Back in the day, there were shows that didn’t get nominations because they didn’t deserve them. Or, they deserved them and all the politics prevented it. Whatever the reason, when it was more of a competition, it was more of an honour. But still, I don’t think the nominees and winners mind. After all, it means nothing to the career trajectory of the individual. With an Emmy and a quarter, they can make a phone call at a payphone. It is just a night of celebration and self aggrandization, and it means… Read more »

My only concern with trying to make the Daytime Emmys more ‘viewer-friendly’ to those that don’t follow daytime is that that logic flies in the face of what we’re there to celebrate: DAYTIME PROGRAMMING! I’ve attended and/or watched the majority of the past 43 telecasts, and lest I remind you of how forced it felt (…in an effort to get more eyeballs to the set) as we had to endure Las Vegas infomercials, forced pleas for Feed the Children relief, “fashion shows’ by B-list celebrities, enduring (not one, but two) dances by Vanessa Williams and Gilles Marini, and last year’s… Read more »

My tone was not meant to be negative or positive, I was just stating reality that this music award is not really about rewarding outstanding musical talent but about trying to get new viewers by including an award that appeals to a broader base. There is nothing wrong with doing that, but I find it a bit disingenuous, because it is not about awarding excellent work, but self promotion– and perhaps that is the negativity you sense–but in the end these award shows, all of them, are in a way a business, and like any business the bottom line outweighs… Read more »