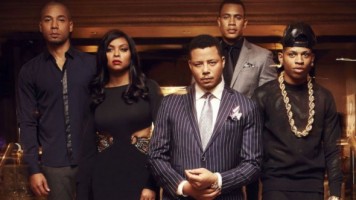 This morning Fox made it official, although there was not any doubt, that the hip-hop music industry sudser Empire will continue on for a season three!

The annoucement was made by FOX-TV Group Chairmen Gary Newman and Dana Walden at the network’s  TCA Winter Press Tour in Pasadena, California. Although the ratings for Empire’s sophomore season are down from its boffo season one, the series is still doing exceptionally well.   It ranks as broadcast televisions No. 1 show in the key 18-49  demographic, and its cumulative weekly audience is still a staggering 20 million plus viewers.

Empire is set to return on March 30th after its midseason break.  Over the past weekend, series star Taraji P. Henson (Cookie Lyon) took home the Golden Globe for Best Performance by an Actress in a Drama Series.

Watch the just released trailer for the the second half of season two after the jump! Let us know, are you glad to hear Empire is going strong with an upcoming third season?  What are you looking forward to most in terms of story when the show returns this spring?  Comment below!

i cannot wait until my name sake returns! I love the show Empire! There is always something exciting going on from the music and the famous singers/actors to just real stuff that we know really happen out here!