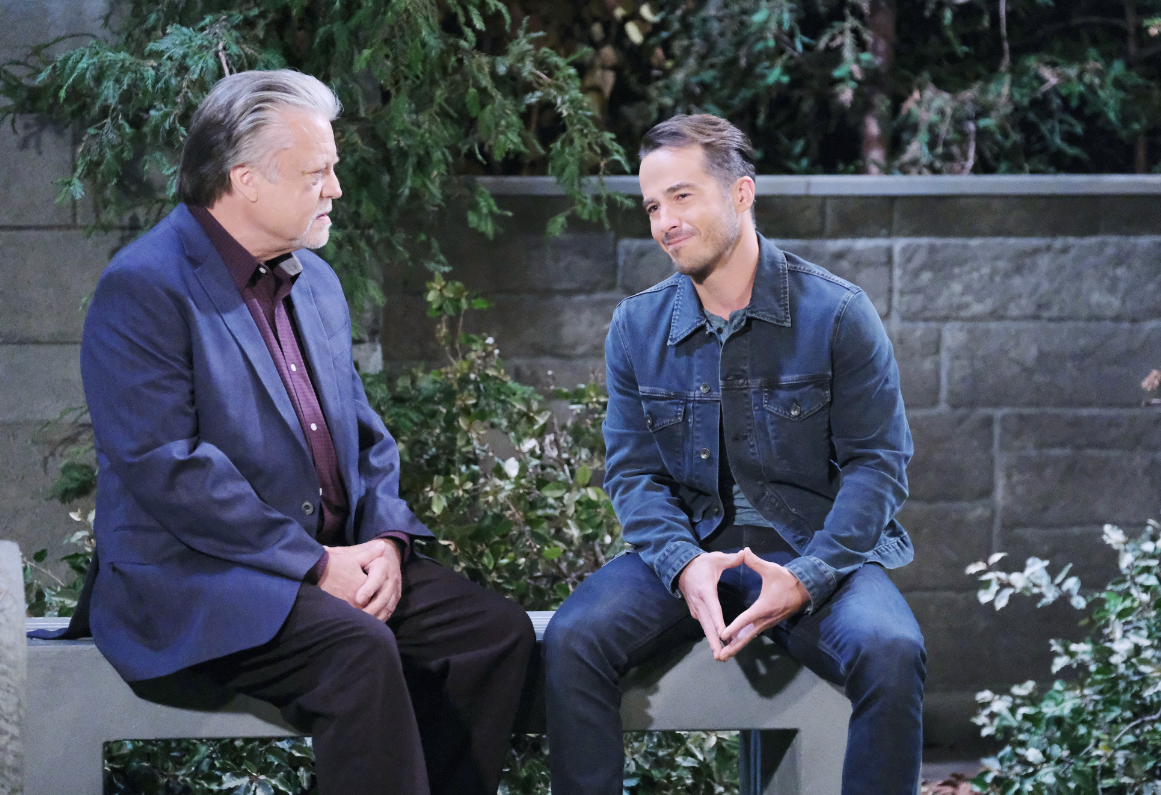 Friday’s highly-touted episode of ABC;s General Hospital featured the return of Brad Maule in the role of Dr. Tony Jones, the adoptive father of Lucas(Ryan Carnes) and former husband to Bobbie (Jackie Zeman).

It has been years since fan favorite Maule graced the GH screens, but the writers found a way to conjure him up in Lucas’ mind as Lucas is in a pivotal moment in his life; his bio-dad Julian Jerome (William deVry) is blackmailing his husband, Brad (Parry Shen), and Brad is keeping secrets from Lucas.  All spell bad news to Lucas for raising his son, Wiley.  But as GH fans know, Wiley is not the baby that Lucas thinks he is raising with Brad- he is actually raising Nelle (Chloe Lanier) and Michael’s (Chad Duell) child, which Brad knows!

So, needing some clarity and visiting his adoptive dad’s gravesite, Lucas sees the vision of Tony, and the former father and son have a heart to heart.  Tony tells Lucas how raising him as  little boy gave him the strength and courage to go on through the hard times, and how to be their for his little boy.  Lucas is just emotionally overwrought and so burdened by the lies those who say that they supposedly love him have been telling.

At the same time, Julian is searching for Lucas, and happens upon Bobbie at the hospital. She really does not like Julian and the two land at the GH hospital wall where plaques of the beloved doctors and nurses who have passed away are seen.  Bobbie knows Julian could never be the kind of father, Tony was to Lucas.  Julian says he can never replace Tony, but he is Lucas’ father and wants to somehow do right by him. 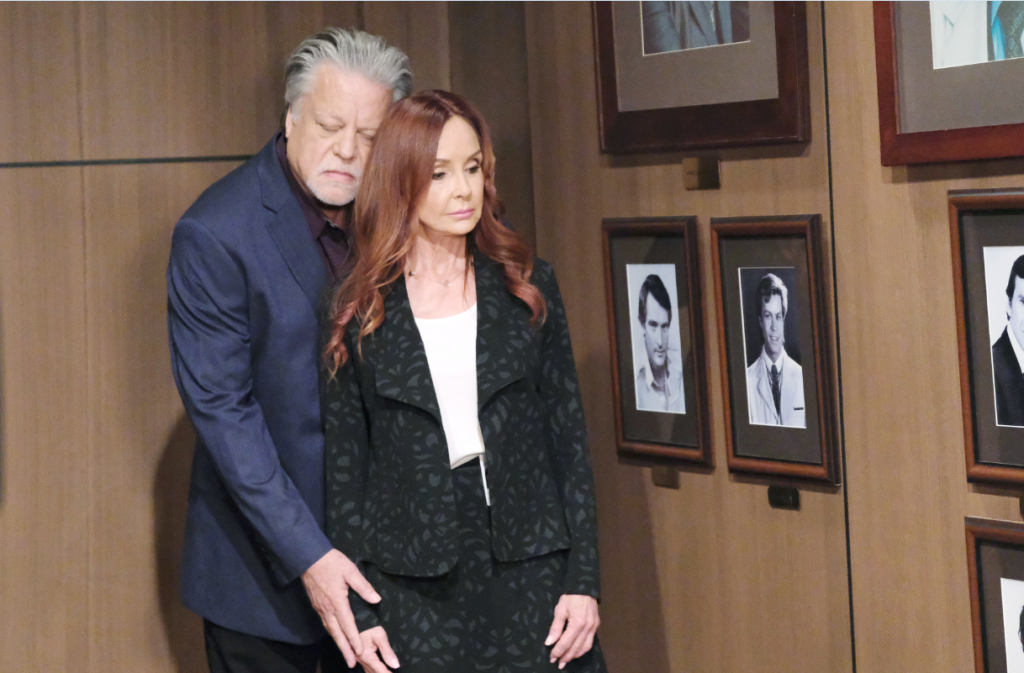 Later alone, Bobbie talks to Tony’s photo and we see a heartfelt moment where Tony touches Bobbie’s hand and touches her on the cheek. Something Bobbie feels as she remembers this once great love of hers. At the end of the episode Julian finds Lucas at Tony’s gravesite. What will their confrontation bring?

Kudos to Ryan Carnes, who was the emotional heart of this episode and who made us feel every moment of Lucas’s anguish. And … how wonderful to see Brad Maule again!

So, what did you think of Tony’s visit to Lucas and Bobbie on Friday’s GH? Comment below. But first watch some key scenes between them.

WATCH: Tony Jones returns to give Lucas a fresh perspective on the issues he and Brad are having. @bradmaule @RyanCarnes1 #GH pic.twitter.com/dAimgtePGh

There’s always been something about the cadence of Brad Maule’s speaking pattern that draws you in to listen closer. Truly, one of the finest actors ever on GH.

Maule and Carnes seemed natural together (although they had never shared scenes together before). The brief Bobbie/Tony moment was very touching.

Glad to see that the show is playing the beats on the Lucas and Brad side of the story. For far too long, Lucas was an ignored character.

Overall, well done. I’ll even forgive them for playing a bit with the timeline of BJ’s death

This show can be really good when the writers give these great actors good material.

This episode was GH at its best. I hope it is submitted come Emmy time. For overall excellence in every category possible.

GH is getting better, finally.

I haven’t watched, but, read on Twitter that more airtime was dedicated to Maxie’s conversation about Slimy Peter. Yuck. No thanks. Surprised he’s not peddling his book on-air. So gross!
I love Brad Maule, though, and remember Tony Jones very well.

For lack of a better place for this comment, I would like to just say ” way to go Liz, take your son to the town’s Mafia Don for a good talking to” I’m sure his advice will be well heeded.