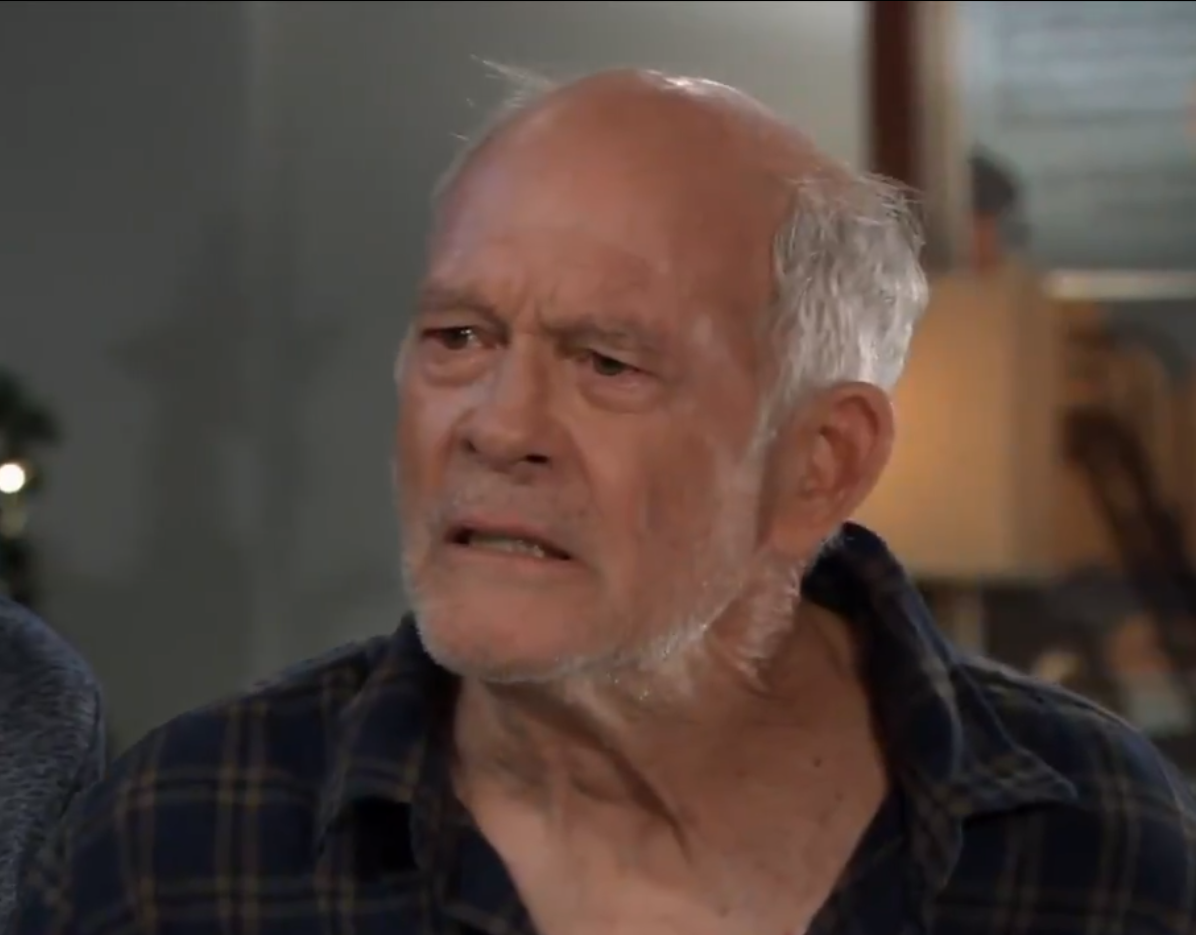 For any of us who have seen our loved ones deteriorate right before our eyes, due to the horrific affects of Alzheimer’s, and have been witness to their confusion, dementia, angry outbursts, frightened looks, and uncontrollable tears, yesterday’s episode of General Hospital brought with it a stark reminder of how this disease is a gut-punch to those afflicted and their family members.

For several months, GH viewers saw a bit less of Mike; played brilliantly by recent Daytime Emmy Supporting Actor in a Drama Series winner, Max Gail.  And smartly, the writers have taken the time to advance Mike’s condition …. as at this point he doesn’t recognize his son, his family, his friends, and more.  For Mike, he is living in the past spirally backward and downward.

When Dev (Ashton Arbab) and Josslyn (Eden McCoy) go to visit Mike at Turning Woods, it’s clear  how much he is suffering.  When Dev plays a checkers game with Mike it seems to calm him down, but when Sonny (Maurice Benard) enters, all hell breaks loose.  Mike thinks his son is actually one of their mortal enemies Joe Scully.

Earlier, at the Corinthos home, Michael (Chad Duell) sees that Sonny is considering entering his father in a clinical trial. Sonny says he knows it won’t cure the disease, but hopes the drugs in the trial can slow its progression.  In a key question, any family member needs to ask themselves, Michael asks Sonny to think first, if this is the man Mike would want to be?  Michael shares that Mike is no longer himself and sadly, there is no coming back from that.

All this becomes more poignant when Sonny sees first-hand how far Mike has slid.  Will Sonny be able to come to terms with losing Mike to Alzheimer’s?  How will he deal with it?  Gail’s partner in this entire storyline has been GH icon, Maurice Benard, who delivers poignant work throughout this story in very contained, emotional moments of deep hurt and pain, as Sonny watches the father he knew become lost in himself and to others.

Watch the key scenes below from yesterday’s GH below featuring Gail.  Then, let us know, do you think Max could end up in the running for another Daytime Emmy for his work?  Comment below.

DAYS OF OUR LIVES: Wally Kurth & Chandler Massey Deliver Poignant Scenes As Justin Tells Will ‘Don’t Give Up On Life’

A Friz Holiday Miracle On GH?

Max is wonderful and such a treat. It shows you how many other actors out there who used to have shows on TV are capable of this. I wish more would appear. GH has so much talent. It should be #1 BUT the stories struggle at times. These two kids were fabulous in their scenes with Max Gail. Kudos to the casting department!

Max Gail is outstanding, sad to think there is only so long they can keep him on as the illness will eventually take Mike

Max Gail should get another Emmy nod. As far as winning another Emmy, it will depend on who else will be in his category and what their reels contain.

I definitely agree that Max Gai deserves an Oscar for his performance. I have watched many movies with Alzheimer’s as the focus (Iris, Away from Her, Still Alice) and his performance ranks with the best of them. It touches me deeply as my dear mother suffered from the terrible disease. Well done, Max.

Oh yes, kudos to this wonderful actor. I should have known watching him years ago , on Barney Miller that his acting abilities would only grow, making him a great actor. He will be missed on GH when his time is up as Mike.

@Violet…Hello! It’s been awhile, dear lady! ..Yes, Max’s charmingly obtuse Wojo was one of the highlights of “Barney Miller,” thus, “he” wears well to this day, albeit we are now (sadly) living in much more PC times than when his hilariously naughty show debuted. (It’s still oh-so-fun to watch when in a nostalgic mood for “the way things used to be”….Lol.) Hence although I have not kept up with his Alzheimer’s saga on GH as of late, I’ve no doubt that Gail’s portrayal of Mike hasn’t diminished even as his character’s capacities have…he really is that fine of an actor.… Read more »

Hi Shay, ho,ho,ho! Guess what I got for Christmas, mostly thanks to you?. My gr.granddaughter asked me what I wanted and I for once had something to tell her, after reading your last reply. I just finished watching it and thoroughly enjoyed it. What a way to end the day. I could never figure out if Violet found out about the companion/daughter thing. I’d like to discuss it further, but Michael will have a cow. Hope your Christmas was really good, and your New Year even better.
I really enjoyed the Scrooge episode, did you see it?

Oh, Violet….I’m DELIGHTED to know that you had a Merry Christmas and received what your heart truly desired! Bless your granddaughter for buying you the perfect gift. (So glad I could help out…you are most welcome! I had hoped that you would read my post in time for you to share that vital information with your own “personal shopper” and I agree it gave you a wonderful way to end your holiday!) Without going into too much detail about that divinely superb film whose name we dare not mention…(LOL): I believe that the Dowager Countess totally realized the “connection” to… Read more »