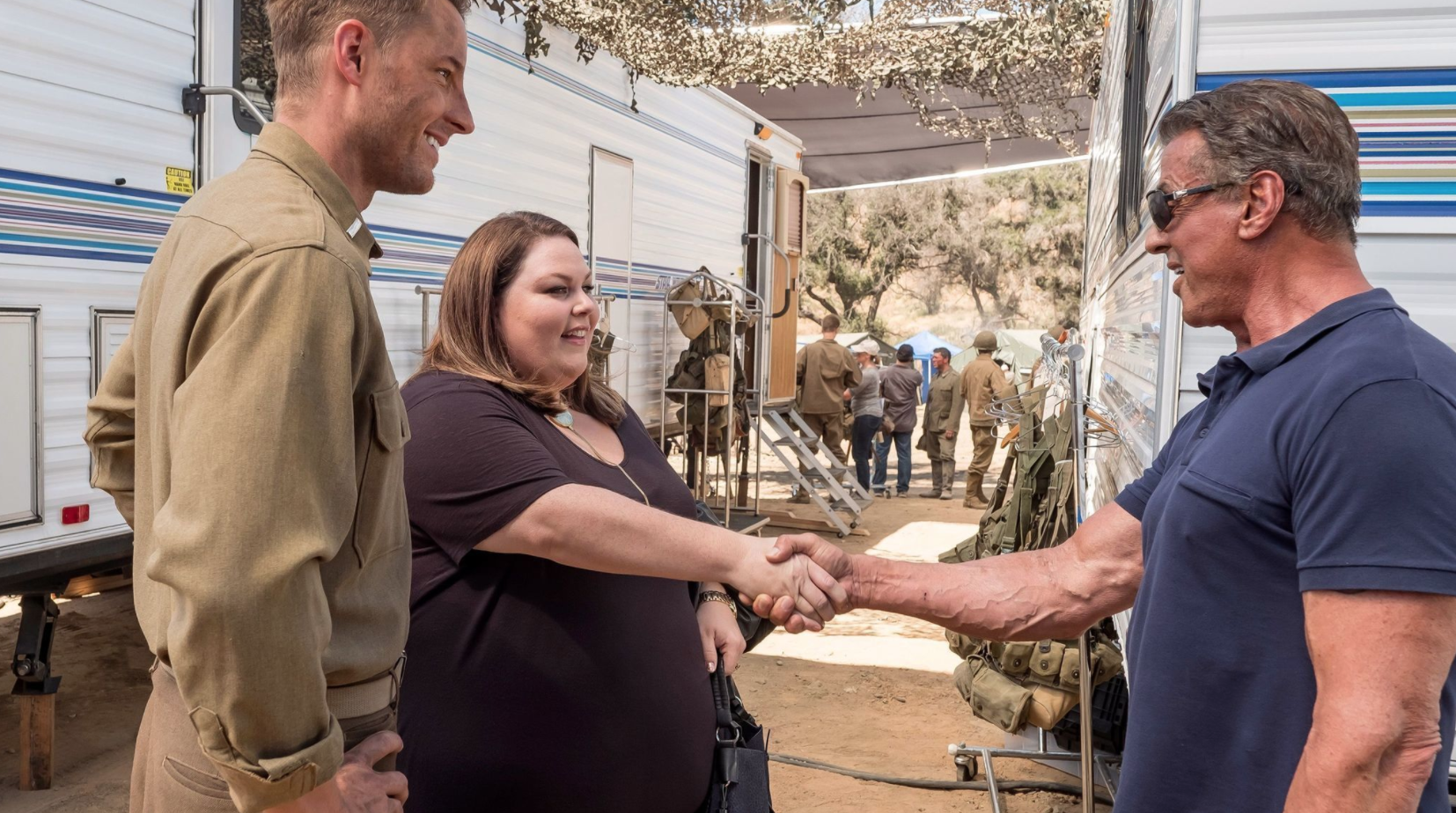 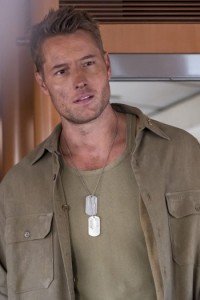 On Tonight’s episode of This Is Us (9PMEST/8PMCST) none other than Sylvester Stallone will be part of the drama and playing himself, when Kevin, played by Justin Hartley (Ex-Adan Newman, Y&R) is set to work in a major feature film with the icon, and while doing so gets a set visit from his sister, Kate (Chrissy Metz).

On-Air On-Soaps caught up with Hartley recently, where he shared his thoughts on the opportunity to work with the man that made “Rocky” and “Rambo” household names, and how he even gleaned some tips on how to have your physique camera-ready for shirtless scenes, and more from Sly!

Hartley relates it was a very cool surprise to have Stallone come onto the smash hit series: “We do these big huge massive ideas and things on This Is Us.  Then you hear about it through the grapevine and think, ‘how are we going to pull that off?’  And then you hear the players they want to get for the story, and they say, ‘We are going to talk to this guy?’  I’m thinking, ‘I am not sure he does television!’ (Laughs) The show is that good though, that people want to be a part of it.  If you can get Sylvester Stallone to be a part of it then you know you are doing something right.  So much star power he brings to the show … it’s awesome.”

As to what transpires when the starstruck Kevin meets Mr. Stallone, and what type of film they are supposed to be working on, Justin revealed: “It’s a kind of like a war movie, period piece.  It’s a big budget movie, and we got the main man to come to it, and so it doesn’t really get any better than that.” 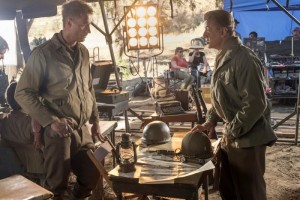 Working in scenes with Sylvester Stallone on This Is Us, was actually not Hartley’s first encounter with the film star.  Justin recalls, “I had actually met Sylvester Stallone, previously.  We work out at the same gym, sometimes.  One of the first questions I asked him, which was right before I filmed the movie, Bad Mom’s Christmas was because I had take my shirt off one, or two, or in ten of the scenes. (Laughs) I asked him, ‘What is a quick pump thing that you do right before scenes like that?’  I asked that because no one has done more than Sly has – maybe he and Arnold Schwarzenegger – those I would say are the two.  So, Sylvester gave me some pointers on how to look good before your scenes.  We talked about that, and we took some photos together.  He’s fantastic.  Sly is a guy who has been doing it for decades and decades,and doing it well, plus he has been writing, directing, painting, as well as acting.  The guy does it all!”

Later, Justin would learn that Stallone actually thought he played for a major sports team when they first met!  “We did not talk about the show,” expressed Hartley  “I did not think he knew who I was at all, but I remember the day I came back to the gym.  One of the trainers told me, ‘Sly was asking what football team you played for?’ He thought I was a wide receiver!  I said, ‘That’s nice.  I will take that!’  Being an A-list celebrity, I can clearly say that Sly is also an amazing human.”

Make sure to watch This Is Us on NBC tonight, and let us know what you think of Justin’s comments on Stallone, and if you love Mr. Hartley as Kevin Pearson on the hit series in the comment section below!

GENERAL HOSPITAL PROMO: Someone is About To Come Face To Face With Their Past!

”This Is Us” is a powerful series..
It holds humor, intense drama, intruge, and it’s heart ..
It truly is a primetime soap that makes you laugh and makes you cry.
It is realistic life ..

Justin is awesome, the whole of the cast is perfection..

I actually look forward to the next episode.

Sylvester Stallone : in my generation plus … I would go their and say… absolutely this man is an icon. growing up.. in my family.. we grew up with: go their John Wayne Elvis Bruce Lee Rocky – yeah.. I love the underdog.. and have admired SS from the getgo. it’s more than – HIS – action films.. he resonated with the public.. no matter what “Hollywood” means the American public and world around.. he made it I just love when… actors who are from the old skool.. and yeah.. he may have.. 1976.. the era of old Hollywood accepted… Read more »

I love This is Us and Justin so does my friend,oh by the way nice look with the diaper ,I laughed so hard when I saw that just wish that it had fallen off lol. Justin is one hot looking man and on top of that he is a terrific actor.Deb and I just love you.