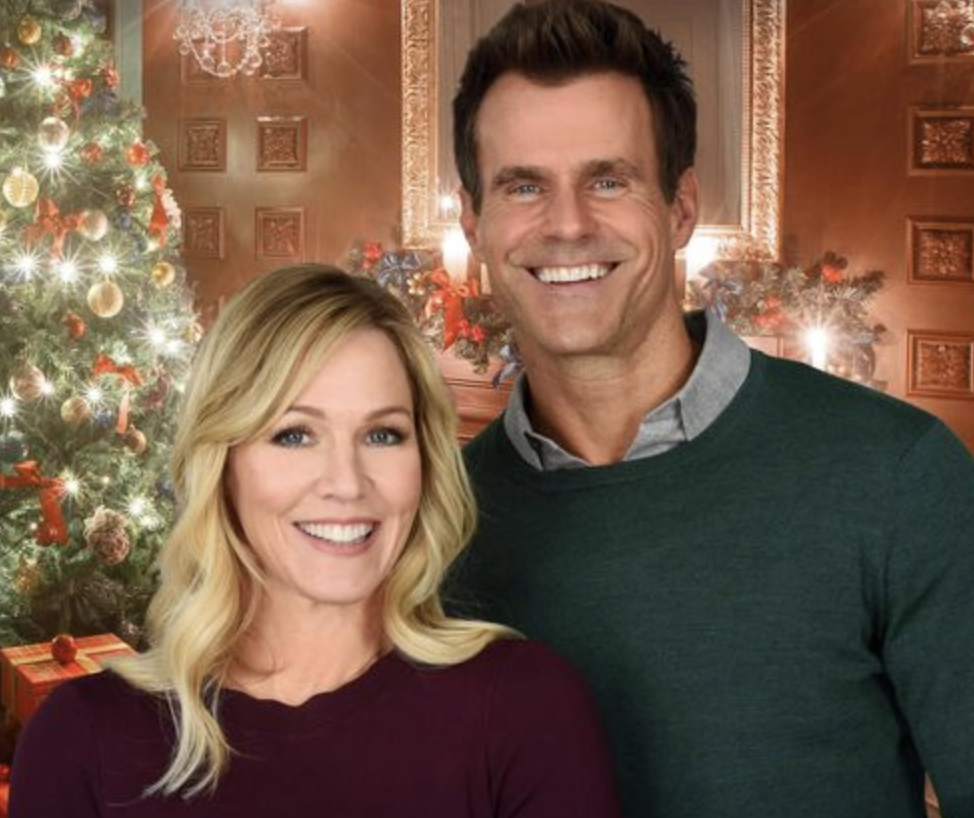 General Hospital’s Cameron Mathison (Drew Cain) is moonlighting and in a holiday movie, no less.

In story, for the first time ever, Jamie, whose husband passed away years earlier and whose daughter just got married, is going to be alone at Christmas. Still wanting to capture the holiday spirit, she starts anonymously giving gifts to those in need. Word spreads and people in town wonder who this “Secret Santa” is.  Jamie (Garth) remains anonymous getting an unexpected gift herself – an introduction to single man, Scott (Mathison). They immediately hit it off and start spending time together, but then she learns he’s trying to find out who will be the anonymous giver is and expose them! Will Jamie be able to keep her secret and pursue this new romance? Hmmm.

Cameron shared via his Instagram for everyone to tune-in, expressing: “Hope you check out this sweet Christmas movie Saturday night!!! It’s about the pure act of giving and how it can catch on in a community and bring people together. Something we all need right now. It’s on @gactv starting at 8pm EST (5pm PST) and then repeated right after. After the first showing I’ll be on a live Q&A discussion where you can join at the link in @gactv bio🎅🏼🎄Hope you enjoy!”

Check out a preview for A Kindhearted Christmas below.

Then, let us know if you will be watching Jennie and Cameron create some romantic holiday magic in the movie via the comment section below.

eally hope you check out this sweet Christmas movie Saturday night!!! It’s about the pure act of giving and how it can catch on in a community and bring people together. Something we all need right now🙏🏼
It’s on @gactv starting at 8pm EST (5pm PST) and then repeated right after.
After the first showing I’ll be on a live Q&A discussion where you can join at the link in @gactv bio🎅🏼🎄
Hope you enjoy!
#akindheartedchristmas
#christmasmovie
#jenniegarth