In an interesting commentary and revealing piece today from veteran soap journalist, Michael Maloney for Variety, he takes a look at if the Daytime Emmys should consider limiting the number of acting nominees in the acting categories, with only six soaps on the air.  And,  if NATAS should do away with the Younger Actor and Actress categories, as well as if the Guest-Star category should return. Maloney spoke to a number of soap vets for their thoughts as well.  Here are what a few had to say:

Peter Bergman (Jack, Y&R) ” They do need to change. You can’t have five (nominees) with only six shows. If you do, you may as well throw one from every show in.” Christian LeBlanc (Michael, Y&R) “I don’t think there should be younger actor or actress categories. If you’re that good, then you can be up there with (older actors), the way Haley Joel Osment (The Sixth Sense) and Hailee Steinfeld (True Grit) have been at the Oscars.”  Ken Corday (DAYS, EP) argued the other side of the coin, that NATAS and the Emmys should keep the younger set categories because, “there will be more awards to give out.”

What do you think? Should we honor less actors, in a genre which gets very little recognition anyway? Or, are they right, since there is less of a talent pool with the dwindling number of shows?  Let us know your thoughts.

Well, could we have an emmy for the actors and actresses who throw their names in for not even having a lead story! Mr. LeBlanc and Mr. Bergman neither one of these guys have had a LEAD Story this last year! Campaigning is a turn off!

The genre unfortunately gets very little recognition, but that’s at no fault to the actors. Daytime actors are unquestionably some of the hardest working actors: memorization of lengthy script dialogue on a very regular basis, working through long production hours on a weekly basis, minimal rehersal time, and decreasing job stability all contribute to what makes these actors strong, and worthy of formal recognition just as actors who work in other mediums. Further, there may be less of a talent pool in terms of numbers, but it’s certainly stronger now with less shows on the air and more vets and… Read more »

I feel they neeed to more fairly evaluate the actors rather than the popularity contest it has become. It shouldn’t be the actors themselves deciding who gets the nomination. Every year there are great individuals left out that in my opinion could have gone home with the gold. I appreciate both actors quoted here, however they are 2 that always get a nod. It is a popularity contest amongst themselves.

I say let it stay the way it is and give us “the best guest appearance role awards again”. The way I see it is it wouldn’t be fair to cut down the awards because I remember when one year where GH had many nominees in each Categories while there were other Actors who should have been nominated and were over looked and we see where Actors who were great last year (2010) were shot out again as well and have to wait for a time to be nom. again. There are some People who should have won an Emmy… Read more » 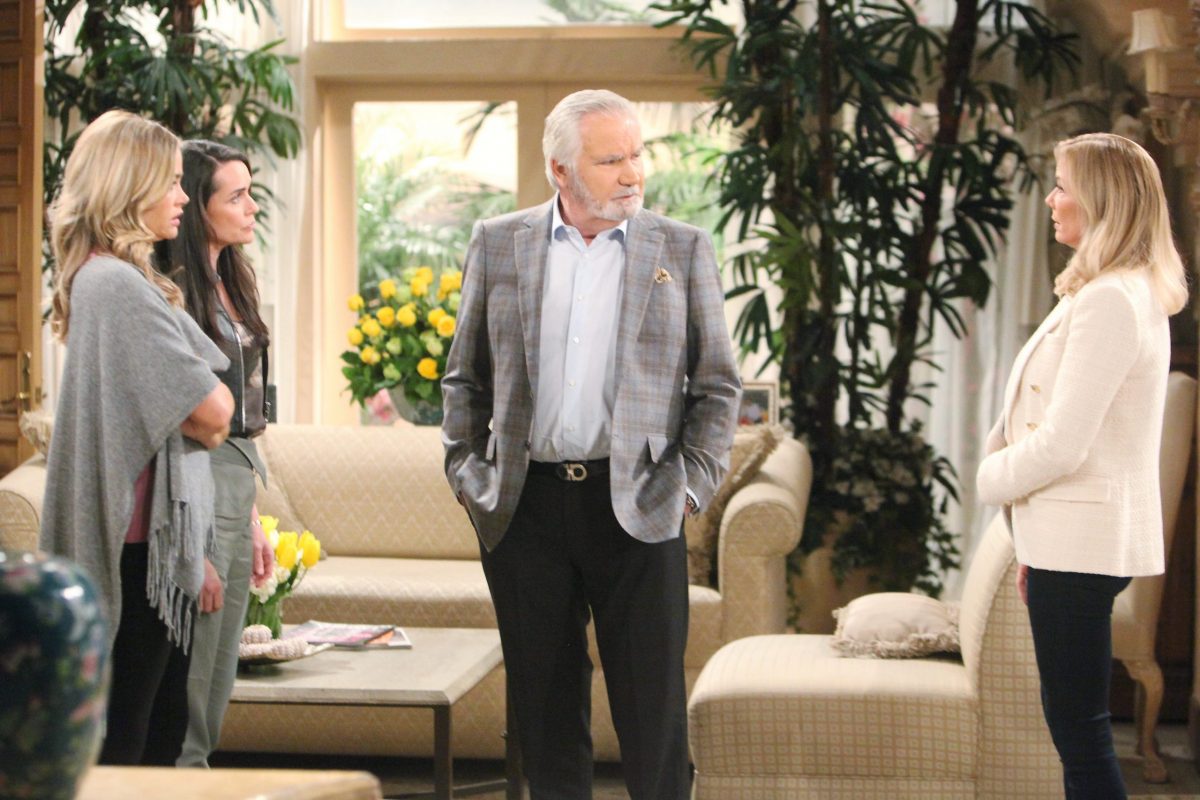 Exciting news!  The first airdates for new episodes of CBS’ The Bold and the Beautiful, since the coronavirus pandemic originally forced the show to shutdown production, have been announced and its much closer than you think!

Circle your calendars for one week from today, when on July 20th the drama continues for the Foresters, Logans and Spencers. 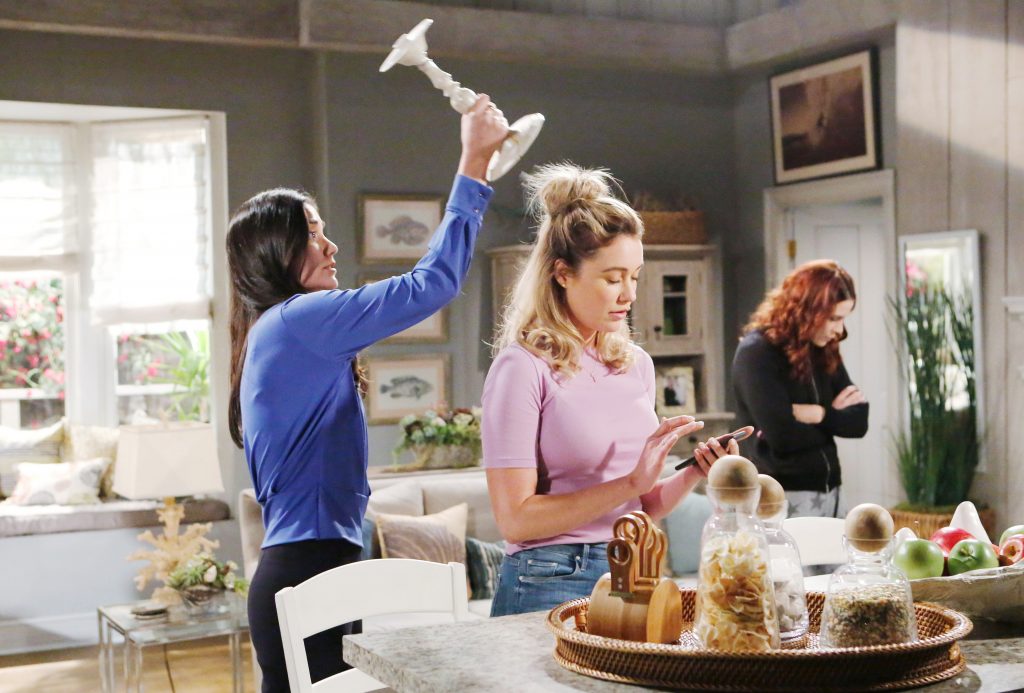 CBS also revealed today the weeklong line-up of episodes and what to expect as viewers are pulled back into the story.  Check it out below:

Monday, July 20, catch up on the latest drama surrounding the Forrester family. Katie (Heather Tom) fills in Carter (Lawrence Saint-Victor) on how Quinn (Rena Sofer) sabotaged Brooke (Katherine Kelly Lang) and Ridge’s (Thorsten Kaye) reunion party. Then, Zoe (Kiara Barnes) and Carter discuss her whirlwind romance with Thomas (Matthew Atkinson), how he was exposed for his manipulations and lies at their wedding, and how Hope (Annika Noelle) and Liam (Scott Clifton) were able to overcome everything and reunite. Finally, Zoe and Carter learn about Sally’s (Courtney Hope) illness and what Wyatt (Darin Brooks) and Flo (Katrina Bowden) did when they found out.

Tuesday, July 21, Wyatt walks into the beach house and is dismayed by what he sees. Meanwhile, Bill (Don Diamont) tells Katie he will accept any consequence from his actions, except losing Katie and their family. Also, Sally and Dr. Escobar (Monica Ruiz) haul the unconscious Flo to Sally’s apartment where they tie her to the radiator. When Flo realizes she has been kidnapped, she is appalled by Sally’s actions. This episode was filmed before the pandemic shut down production.

Wednesday, July 22, Dr. Escobar and Flo are shocked by Sally’s pregnancy plan and plead with her not to proceed. Also, Steffy (Jacqueline MacInnes Wood) heads out on her motorcycle for some quality “me” time and is involved in an accident. This episode was filmed before the pandemic shut down production.

Thursday, July 23, Bill is shocked when he realizes he hit Steffy with his car while she was out riding her motorcycle. He frantically calls 9-1-1, and Steffy is rushed to the ER. Also, Flo prays her secret message gets through to Wyatt, and as Sally starts seducing Wyatt, he finally sees the message from Flo. Also, Tanner Novlan joins the cast as Steffy’s doctor, John “Finn” Finnegan.

Friday, July 24, Wyatt demands Sally tell him where Flo is and begins to search for her. Meanwhile, Bill is with Steffy in her hospital room, guilt-ridden and apologetic. He calls Ridge to let him know Steffy was in an accident. Brooke and Ridge rush to the hospital, fighting back emotions when they see her.

So excited to hear new B&B is on the way next Monday? Which storypoint are you most looking forward to seeing play out? Comment below. 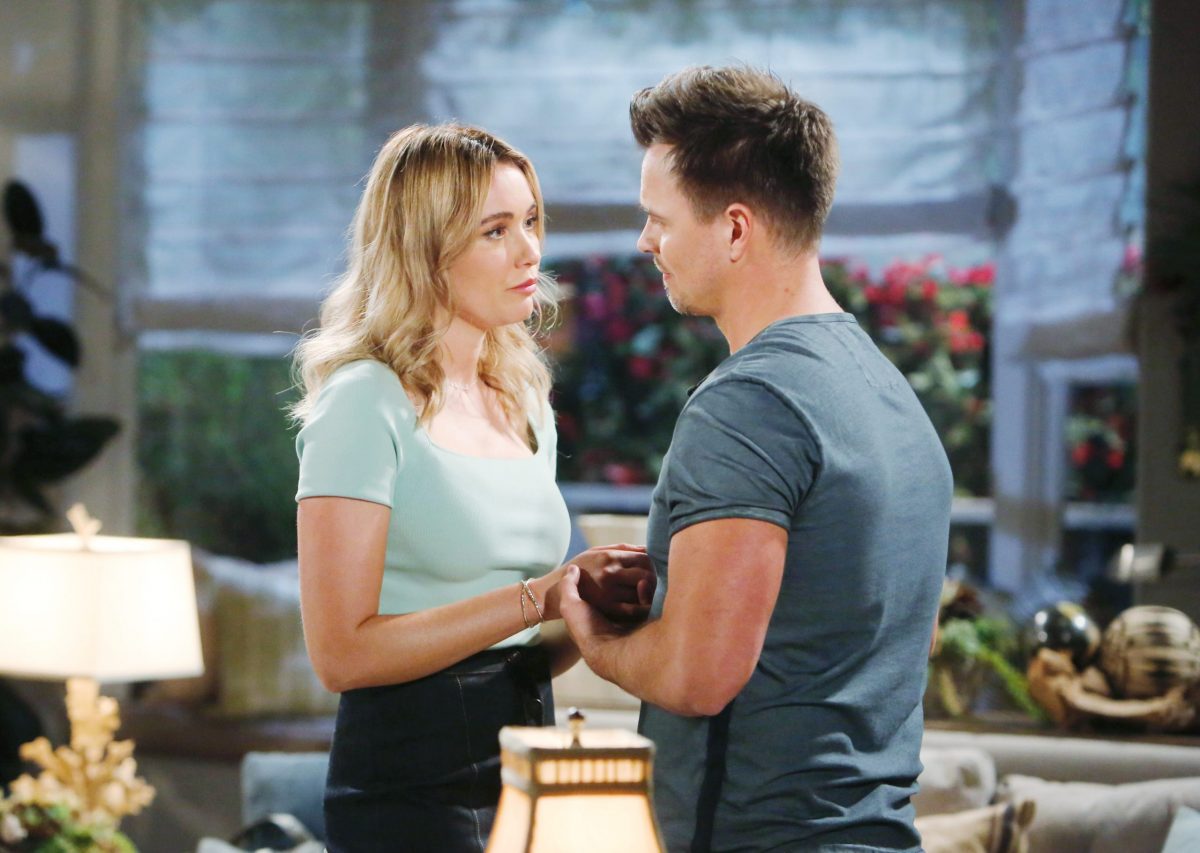 Daytime dramas seldom get the credit they deserve, and now they should be getting further credit for being the first back into production as the coronavirus pandemic continues to rage on, and trying to implement new ways to keep their trademarks love scenes, intimate moments and two-person scenes somehow looking in tact; even though it will be far from how it was done in the past.

In the story from the Associated Press The Bold and the Beautiful EP, and head writer, Brad Bell – who’s soap was the first one back into the studio – commented on how the show is utilizing mannequins, or real-life significant others to help pull off close contact love scenes and how it is rather groundbreaking. “We feel almost like television pioneers all these years later because we’re the first ones out, blazing new ways of producing the shows with the current safety standards, and we’re getting the job done. It’s very exciting.”

When B&B scripts written pre-coronavirus were reviewed in preparation for shooting during the pandemic now, originally all the cinches and smooches were cut. But Bell found a solution whereby a remote actor recites lines as their on-camera scene partner responds in a “low, intimate voice” and engages in “beautiful, yearning eye contact” with an off-camera doll.

As far as the soapy embrace or lip-lock, B&B cast member Katrina Bowden (Flo) has had her husband and musician Ben Jorgensen stand in for her on-screen love interest, Darin Brooks (Wyatt) since returning to taping new episodes. 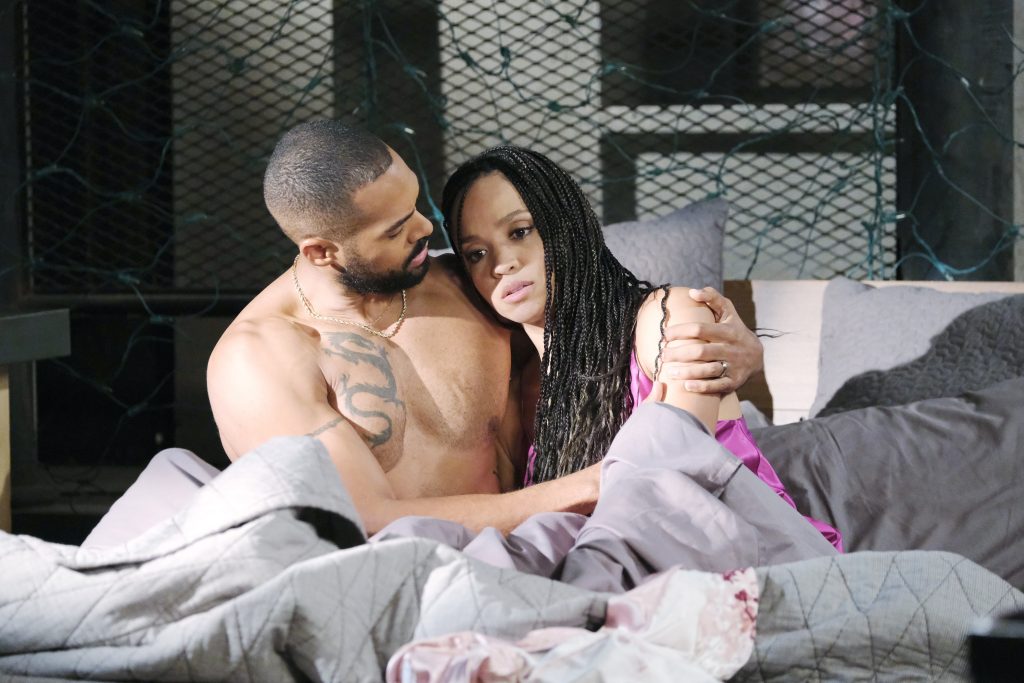 Days of our Lives EP Ken Corday noted to AP:  The “learning curve” is steep. Before the pandemic, “we were producing eight, one-hour episodes a week. That’s basically 40 or 50 scenes a day.  That’s going to be basically impossible to reopen, so to speak, at that pace. We’re going to have to be more careful. So will there be five shows a week, or more? Yet to be determined.  It will certainly cost more.”

B&B and now Y&R which heads back into production next week, and the others soaps, will be using the company called Reel Health, which launched in response to the COVID-19 pandemic to serve the entertainment industry, and hires medically trained workers to monitor sets and enforce protocols developed by a company epidemiologist and in accordance with industry and government standards,

Alicia Rodis, a veteran intimacy coordinator who helped the actors guild develop guidelines for taping scenes of romance and simulated sex. shared: “Finding ways to put romance on the screen is inevitable and necessary.  At the end of the day, intimacy isn’t going anywhere. Physical intimacy is a part of the human experience. And we’re going to have to find a way to be able to continue to tell these stories, even in extraordinary circumstances.”

So, what do you think of how soaps are tackling taping episodes in the new normal to give their fans a sense of all that they love from their favorite daytime dramas during COVID-19? Share your thoughts via the comment section below.