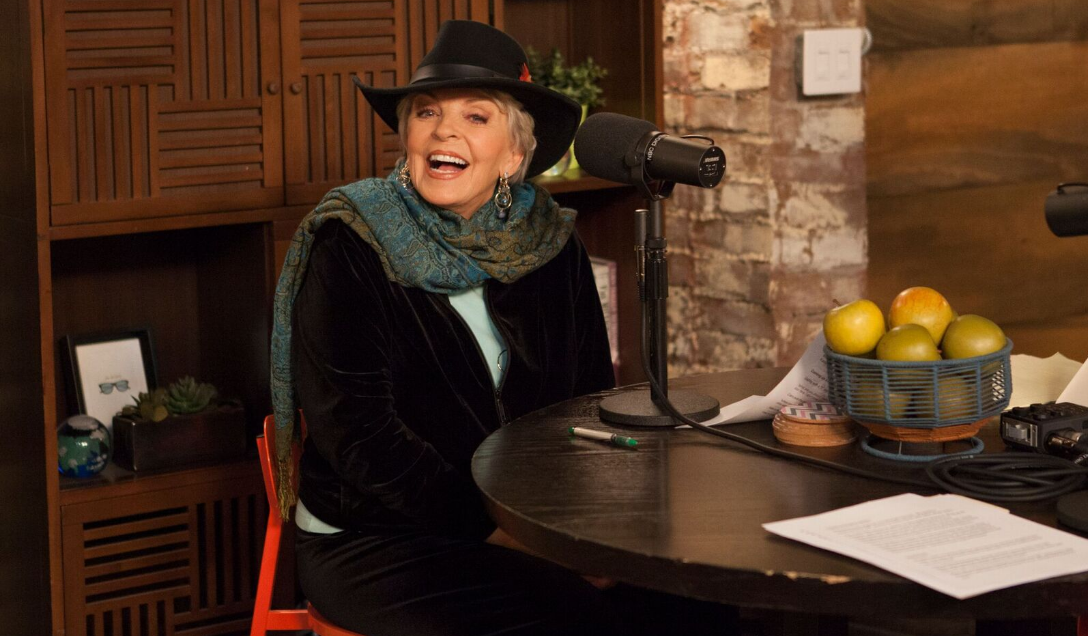 If you’ve been tuning into NBC’s Days of our Lives, you know that Julie Williams (Susan Seaforth Hayes) has found herself in dire straits, after finding the proof that Chad (Billy Flynn) is the biological father of Abigail’s (Kate Mansi) baby, not Stefan (Tyler Christopher), and confronting Gabi (Camila Banus) about her deception (tampering with the DNA results)!  While that all plays itself in exciting episodes in the final week of 2018, that means Days fan can look forward to more Julie screen-time.

Behind the scenes, Susan Seaforth Hayes sat down with host, Michael Fairman to talk playing the long-running character as she celebrates her 50th anniversary with the show, on the all-new holiday edition of the Inside Salem: Days of our Lives Podcast.

During the conversation, Susan reveals how she landed the role and was the fourth actress to play the character, her favorite and least favorite stories of all-time, how she came to fall in love with her real-life husband, Bill Hayes (when he started on the show back in 1970), advice she would give to any young actress starting out in a career in front of the camera in soaps, and more.

Later, in a dressing room segment, and as a preview of his return, Matt Ashford (Jack) welcomes you to his DAYS digs, where he has a surprise guest join him … none other than Kassie DePaiva (Eve).  Check out the podcast now by going to NBC.com to listen

Then on Monday, look for the new episode of the Inside Salem: Days of our Lives Podcast featuring Susan, Matt and Kassie to be available for download on iTunes and major pod platforms.

Below check out this short soundbyte from Inside Salem below.

Then let us know, are you glad Julie was the one who discovered Gabi’s duplicity? What did you think of Susan’s interview on the podcast? Post your thoughts in the comment section.

Arianne Zucker Returns To Days of our Lives

Julie/Susan lookslike Mary Poppins-lol…Jack back but rumor is he doesnt have his memory-if true didnt we just do that with Will-need to stop this memory loss when we just dealt with it…hope i will be able to continue to watch!!!!

Susan is the best Julie…Doug and Julie remain my all time favorite soap couple!!!

Yes, she is…Doug and Julie are my favorite soap couple as well!

You are correct Jim, the preview for next week that is on the nbc website for Days shows Jack stating he doesn’t recognize anyone. I figured that’s how he wound up with Eve, and why he hadn’t gone to his family sooner.

I am so glad that Julie told both Abby and Stefan that the baby is Chads.I do feel for Stefan somewhat but that witch Gabby is going to get her’s now and I am sure it will be Julie who lets her have it.I can’t wait for that.We all know that Gabby will try to talk her way out of it but with Julie around she wont fall for anymore of Gabby’s tricks-lying and all.

I believe it was JJ who said in today’s episode that Gabi is in jail now. I’m surprised but happy that Gabi is back in jail. Since the actress Camila’s contract is up in a few months if she will renew with the show since she’s on a primetime show now. Could be that they already know that she will not renew and they already plan on a trial for Gabi and then to send her off to prison again. I just feel bad for her and Chad’s daughter, Arianna. Though it does give Ari a great reason to be… Read more »