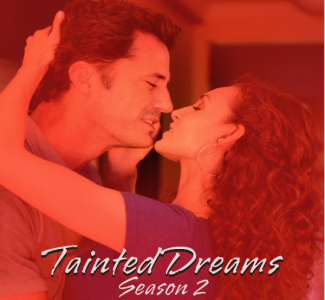 Tainted Dreams is back with a second season offering from Daytime Emmy-winning director and series creator, Sonia Blangiardo!

Beginning December 21st, the next chapter of Blangiardo’s the soap behind a soap, will be available for streaming on Amazon and Amazon Prime. (season one is also currently available on Amazon)

In a statement, Sonia Blangiardo said that she is “excited to take everyone along these characters’ journeys in Season 2, as they evolve and deal with ever increasing professional and personal turmoil.”

So, will you be checking out season two of Tainted Dreams? Comment below!

I enjoyed the first season and I am looking forward to seeing the second. I miss so many of these actors, so I am thankful they are part of this series.

WOW – do you remember the time

Michael Lowry and Marcy Walker – ex ALL MY CHILDREN

Jake Martin and Liza Colby – they were SO romantic tender and sensual.

I miss this show!

Adam. Completely agree. Miss it so much!

Can’t wait to see the second season of Tainted Dreams!