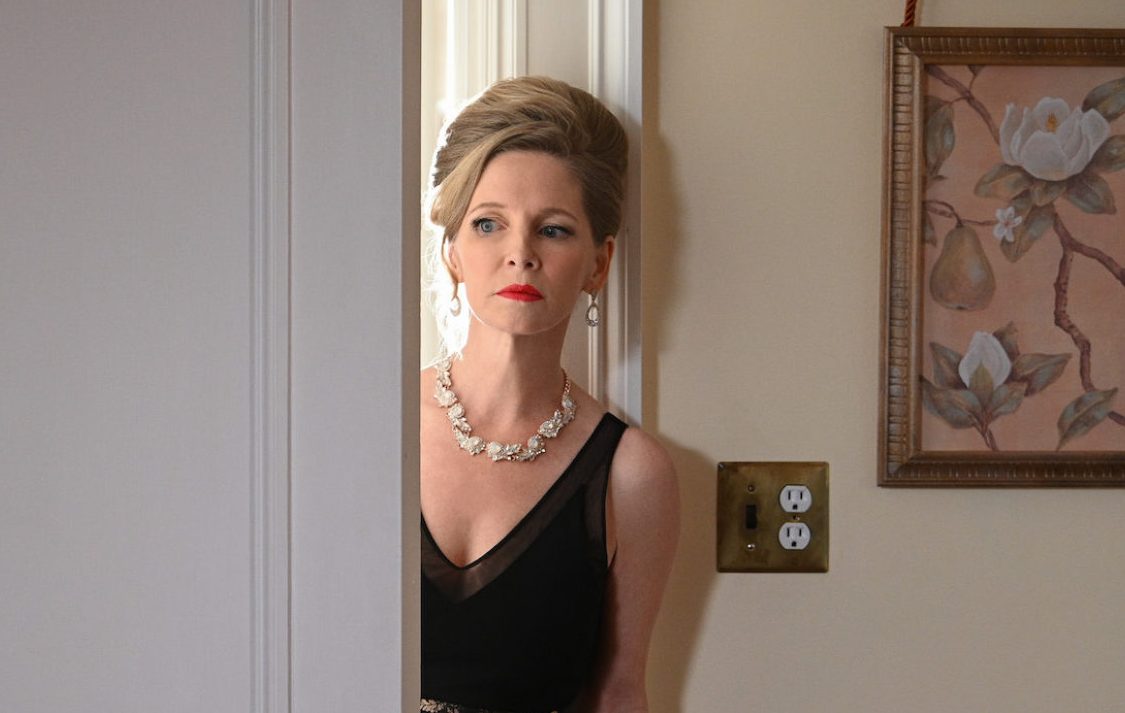 Last night, daytime fans got to see their first glimpse of The Young and the Restless’ Lauralee Bell in her role as the villainess, Daphne Dumas in Lifetime’s Ruby adapted from the V. C. Andrews (Flowers in the Attic) novels.

Now on Sunday night, March 21st, Bell reprises the role of the manipulative stepmother to Ruby (Raechelle Banno) and her sister Giselle (Karina Banno) in Lifetime’s Pearl in the Mist (8pm EST/7pm CST).

Based on the second book from V.C. Andrews in the series, Pearl in the Mist finds Ruby still struggling to find true happiness, after a year of living at her father’s lavish mansion. When Ruby and her twin Giselle (Karina Banno) are sent away to an exclusive all girls boarding school, Ruby is hopeful for a new start with her sister. But when Ruby is once again shamed for her backwater upbringing, and her cruel Headmistress, Mrs. Ironwood (Henner), along with her stepmother Daphne (Bell) and Giselle continue to plot against her, Ruby must endure torturous punishments and public humiliation. Ruby holds out hope and continues to dream of a better future until tragedy leaves her alone in a world of deceits.

Bell told TV Insider how she compared the role of Daphne to another Y&R role she never played, and the villain of 101 Dalmatians: “She’s like Jill Abbott or Cruella de Vil. There was one line that I recall particularly. Daphne says: ‘If you don’t have anything bad to say, then don’t say anything.’ I love that line. Daphne can be a freak. My motherly instincts are to stop everything and help my kids through anything. Daphne’s instincts are not wanting to be bothered by her stepchildren. She sees them as an annoyance.  It’s fun to play something the opposite of who I am. Christine’s a little uptight and she has a strong work ethic, but Daphne is so self-centered. It’s a whole different dynamic.”

So, will you be checking out Lauralee as Daphne? Let us know via the comment section below, but first watch this teaser for Pearl in the Mist.

Haha, that photo…looks like Lauralee has been typecast! As in sanctimonious Cricket!?!

Wow
Michael Fairman
Finally a y n r related post!
This site hasnt posted anything about y n r in forever, than again I cant blame you
Did you erase that crapfest from your viewing list too?
Nice to see Lauralee move on from snoozeville genoacity!
Oh , how I long for the days when Cricket was involved in complex and intelligent law storylines as the legal aid top lawyer! Her with Paul and Michael Baldwin and John Silva!

In my San Diego area, we got both movies on Sunday, the first one being Ruby, which I have already watched. Having read so many of her books, I did not remember either of these. I thought L.B did a very good job in her role. Except for her distinctive voice, I almost didn’t recognize her. Who knew she could play mean so we’ll? Am looking forward to the next one.

I’ve never been blown away by Bell’s portrayal of the “oh so holy” Cricket. However, she is pretty good in that clip playing a “bitch.” Maybe Bell should have been playing a dark character on Y&R all these years rather than Saint Christine.