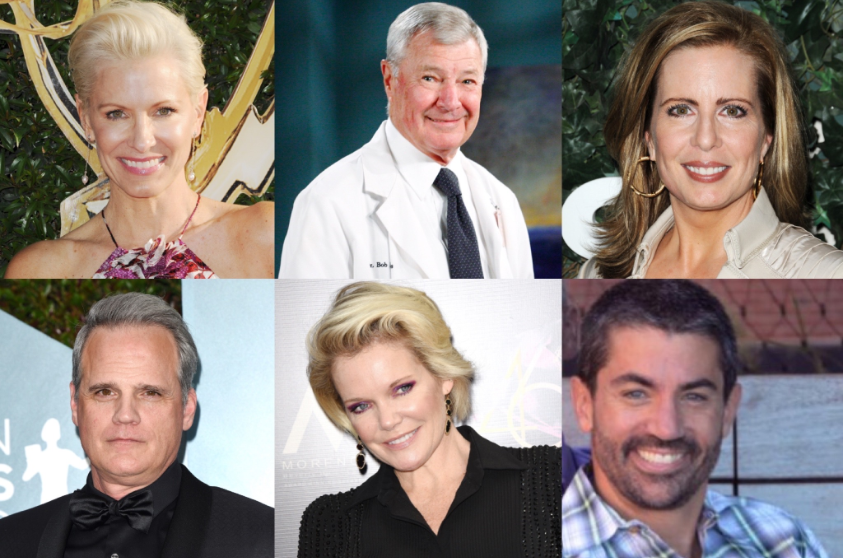 Earlier today in a very special You Tube live-stream none other than former cast members from As the World Turns gathered together via Zoom, during the COVID-19 pandemic, to share some screen time with each other and walk down memory lane during their time in Oakdale.

As soap fans know, yesterday was the anniversary of ATWT as it first aired back on April 2, 1956 and ran through September 17th, 2010.

Former publicist for As the World Turns and Guiding Light, Alan Locher, presided and hosted the live-stream and came up with the idea to bringing together this talented group, with the potential for more of these down the road.

Check out the replay here.

Then let us know what you thought of it and seeing everyone chatting together and discussing life on ATWT and more via the comment section.

would love to see One Life To Live, Another World, Edge Of Night…all the former soaps if actors are willing and available do this!!!

Oh so wonderful to see those beloved Oakdale faces again. The years you all gave to us fans were such a gift – wish it could’ve gone on forever. Much love and thanks gang. Stay safe and God bless

What a wonderfully uplifting treat for all of us ATWT fans!!! Thank you to Alan for pulling this together for us, to those lovely stars of ATWT for taking time out to be with us, and to Michael for posting this on his site.

I would absolutely LOVE to see something like this with more stars from more shows in the future!

The soap opera stars ARE THE BEST!

This was so enjoyable. It was obvious some of them hadn’t seen each other since the show ended. (Just like me and my co-workers when I retired!) It was worth every minute and the perfect escape from the news. The five ATWT stars loved it too and want to do more. Kelly was full of emotion at the end. She would like Jon Hensley to be included next time. Please do more. It was like watching members of a family. I learned so much from each person. Michael Park is so joyful and Don Hastings hilarious. I don’t want to… Read more »

THANK YOU Alan Locher! Loved seeing members from Oakdale and catching up on their lives and memories. I watched ATWT as a young high school student in the 1970s with my grandmother. I was hooked on both ATWT and Guiding Light until the stories ended in 2009-2010. At times like these, it is always good to meet up with old friends. I am looking forward to more reunions including one for Guiding Light! Thanks also to Michael for posting the moment. Stay safe all!

I loved AS The World Turns I watched it every single day.I was very upset when it was cancelled.Yet they put all of those crappy talk shows on.Boring to say the least.

Loved this so much! Felt like seeing family I hadn’t seen in ages. Too bad Jon couldn’t join 😉

This was so awesome, thank you!

Please please please can we get alums from Another World to do something like this as well? Last year was 55 years since AW first aired as well as 20 since it signed off.