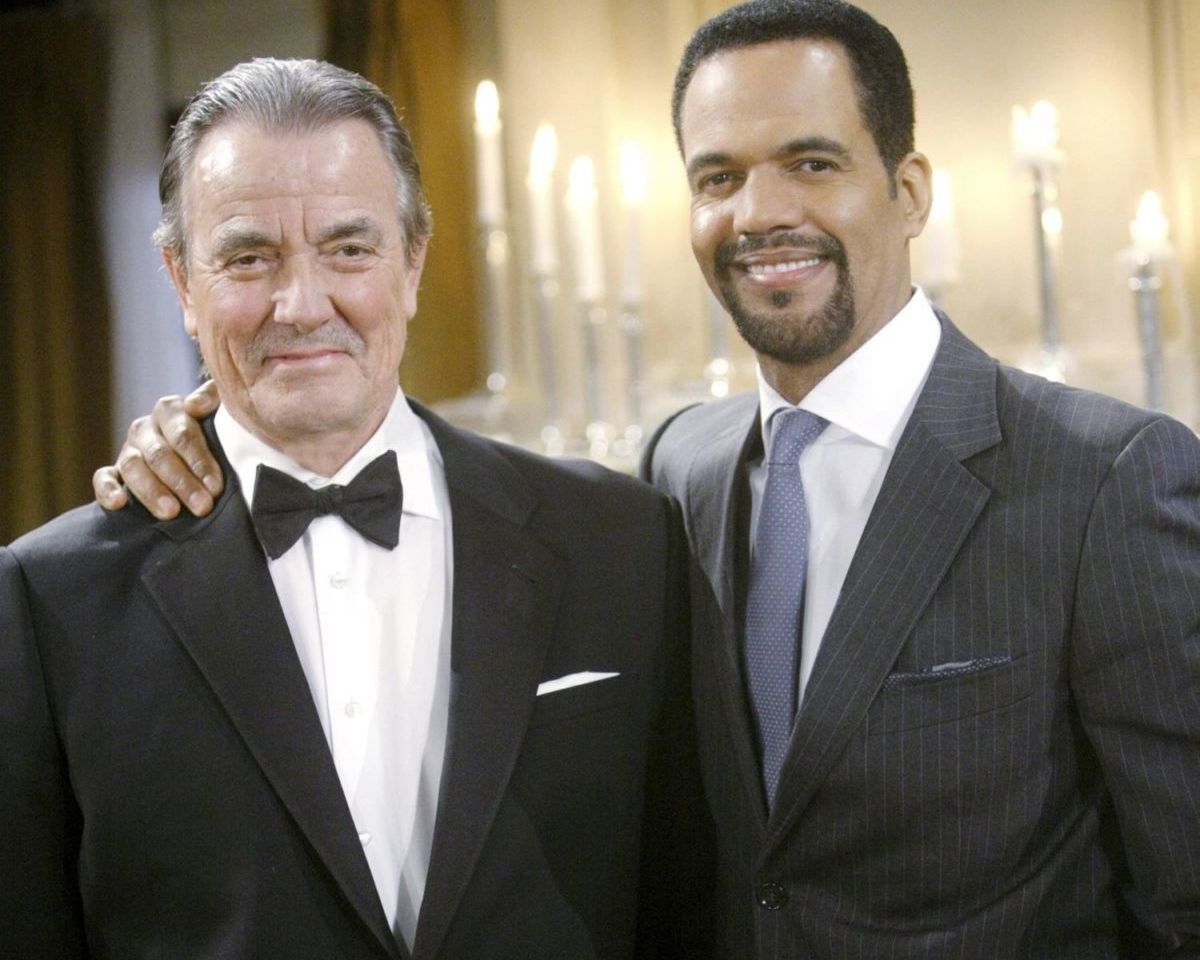 The last 48 hours have been difficult ones for those who knew and loved Kristoff St. John, and those who loved him from afar for his work as Neil Winters on The Young and the Restless. Following the outpouring of grief and remembrances within the daytime community, Y&R icon Eric Braaeden (Victor Newman), a longtime friend and colleague of St. John’s sat down on-camera with Extra’s Tanika Ray, in what turned out to be a very emotional interview.

Braeden said about the news of St. John’s death that he was, “Deeply shocked …  very, very saddened.”  He added: “Kristoff was a hell of a guy, a man’s man, a damn good actor, loved everyone, everyone loved him, and the most charming and gregarious co-worker we ever had.”

As to how Kristoff coped, and was a changed man, following the horrific death of his son Julian in 2014, Eric related: “At first, he seemed okay, almost as if nothing happened, and I thought, ‘He is suppressing something deeply.’   He began to succumb under the weight of that until it ended in his death.  He lived kind of a double life.  He suppressed that pain, enormous pain and anger with the institution where Julian was where he died, and he came to work and ‘the show must go on,’ as you say.  But you just change gears and say, ‘Okay, let’s go,’ and everything personal that bothers you comes to the fore later on.”

Towards the end of the interview, Braeden shed tears: “When you lose someone you go through periods of everything being okay… and then something reminds you.”  When asked how he wants Kristoff to be remembered, Braeden said: “He was a good man. That’s all.”

Watch Eric on Extra in a touching discussion with Tanika Ray below.  Then let us know what you thought of the sentiments shared by Braeden on St. John via the comment section below.

All My Children Reunion Coming Up On ABC’s Strahan & Sara

Judith Chapman Dishes On Diana On All-New Episode Of “Inside Salem: Days of our Lives Podcast”

As the elder statesman of the Y&R family, I feel it totally appropriate for Mr.Braeden to speak about his friend and long time colleague.
As fans we are broken hearted,Kristoff’s family is broken hearted,his Y&R and CBS family are broken hearted.
Ultimately I believe Kristoff St.John succumbed to a broken heart. The loss of a child is something you don’t get over.
Shemar Moore said to honor him,I think we should all do that.

First time seeing him cry, very emotional . He was a good man !!

like so many – other – hurts… the loss of YOUR child.. is at the top

your heart cannot let this go

what an empty place

what does my heart do now?

where do you go

this is his space

Not specifically about Kristoff but still about people and characters we are care about. And what we can learn. ABC Good Morning America theme this morning is Heart Smart. They featured Susan Lucci. During her interview she said had always been healthy, ate right, exercised, blood pressure okay, etc. But then she had a symtom in her chest while shopping. Luckily the store staff got her to the hospital where they found clogged arteries. Immediate stints probably saved her life. Leading up to the interview they showed a clip from AMC with diva Erica/Susan and David Canary. I really miss… Read more »

A beautiful and lovely tribute to a wonderful man who will be deeply missed. Feel blessed to have been able to watch Kristoff on screen on “Generations” and “Y&R”, and to see many interviews with him over the years. A good man, indeed.

It’s just so sad. I watch The Young and the Restless all the time and Neil Winters will definitely be missed. A great man Gone Too Soon. Prayers and condolences to the entire family as well as the cast of The Y & R.

Eric does have a heart. I feel for him for losing a good friend and for Kristoff’s family.

It’s just so sad. I watch The Young and the Restless all the time and Neil Winters will definitely be missed. A great man Gone Too Soon. Prayers and condolences to the entire family as well as the cast of The Y & R.

Appreciated how Eric wanted Kristoff to be remembered…”He was a good man. Thats all.” A few right words can say volumes.

This is so sad.I am so sorry for your loss.

My heart goes out to Krisoff, family and co- workers. I was disappointent that of today { Friday show] was to be dedicated to him. Being myself disabled, the part’s he did on Y&R helped me get thru many difficult time’s. To me, he was such a great inspiration to me and probably so many others. I will miss you, you are and always be a great man! RIP.

Eric braden Victor said Neil was a good man and he was it was a shock to him like everyone else but he will always be a friend to everybody we will never forget him.rip my dear friend.