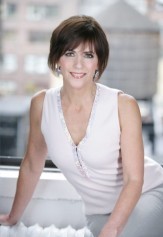 In today’s Tv Guide Canada’s Suds Report, Nelson Branco featured a round-up of reaction to the sad news this week that has hit the industry hard…that the legendary soap As the World Turns is going off to soap heaven in 2010.  First up was this item on  ATWT’s Executive Producer, Chris Goutman breaking the news to his stunned employees . “He couldn’t get through his speech,” reveals one actor. “He was a mess. He was extremely torn up. He actually cried.” Afterwards, Goutman had to call all the actors and crew who weren’t working on Tuesday. “He’s very upset and saddened by the news. Despite what has been written, Chris really wanted this show to succeed,” claims another actor.

Colleen Zenk Pinter whose Barbara Ryan Stenbeck has spent most of her adult life in Oakdale had this to say, “Since I was 25, I have been a part of the World Turns family. I’ve grown up there. I grew as an actor there. I met my husband [Mark Pinter] there. I was pregnant with my children there. I even brought them to work to prove we could have it all as a working mother. The saddest thing about our cancellation is that we will be losing our World Turns family, and make no mistake, we are a genuine family. When it’s all over, I will miss everyone terribly — especially Barbara and the fans. It’s a sad day for all of us. And not just for us, but New York City, which lost three shows this year, and the industry in general. Our cancellation affects more than just our show. Thousands of jobs have been lost. The saddest part in all of this is that we still have lots more story to tell on World Turns.”

And finally soap producer wizard, Paul Rauch, currently leading the troups at Y&R, had these sentiments to share. “World Turns is a show I have strong feelings and a good bit of nostalgia about. It was on World Turns where I began my association with Bill Bell many years ago when I served as a supervising producer for P&G. It was a 30-minute show then and was written exclusively by Irna Phillips and Bill — without any other writers. It was just the two of them putting out all of those great shows that topped the ratings each and every week and it was the pride of Procter & Gamble and CBS. I am saddened by its cancellation and my heart goes out to Chris Goutman and his talented writers and production team and to the millions of viewers who remained loyal to the show over the years.” Hopefully, World Turns fans will check out his show, Y&R, when Oakdale finally spins off its axis.”

There is a good op-ed in today’s New York Times, written by the daughter of actress Ann Williams who was on “Search For Tomorrow” and other soaps.
Here is the link:
http://www.nytimes.com/2009/12/13/opinion/13welch.html?_r=1&ref=opinion