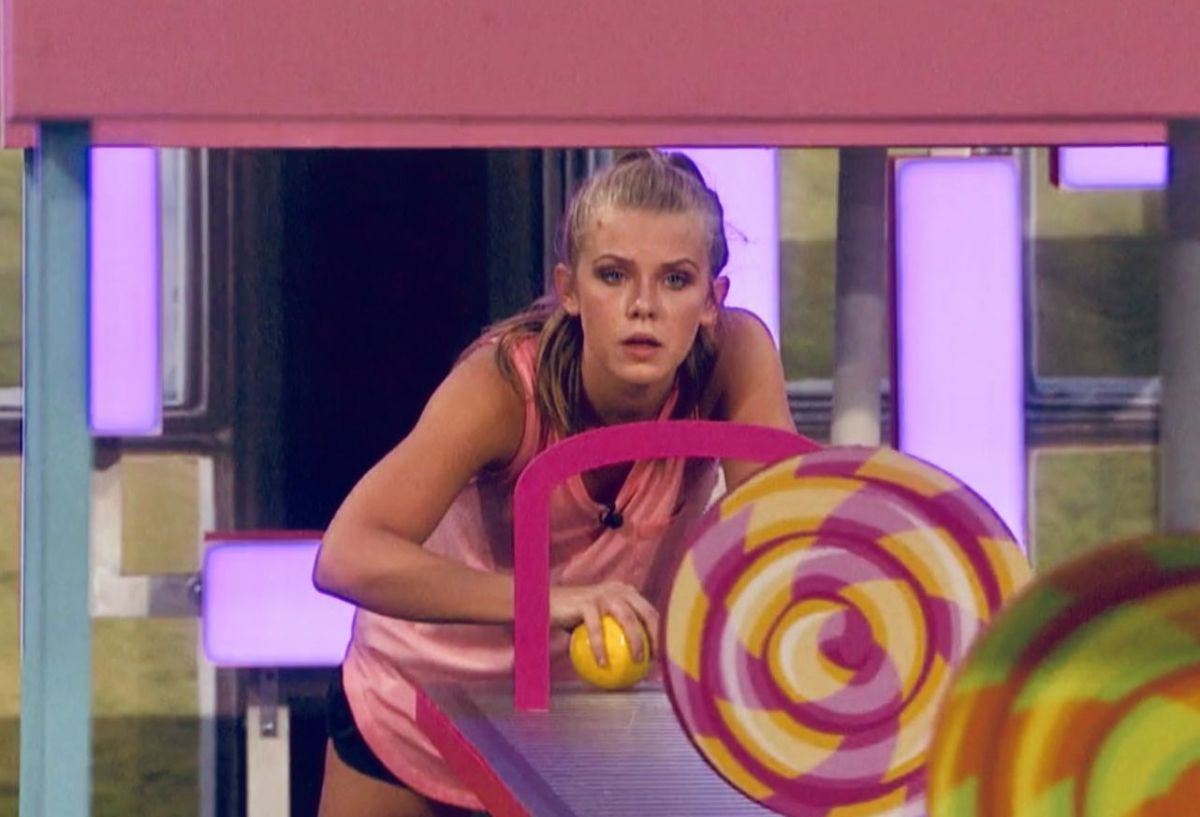 Following Scottie’s eviction last Thursday, the stakes were high for the HOH power on Sunday night’s episode of Big Brother.

Having lost another ally for the third week in a row, Haleigh was desperate to win. Faysal was unable to play due to the fact he was in power last week.  Angela and Tyler both felt comfortable with everyone in the house so they were fine with losing.

As the competition came around, it was a game called ‘Sweet Shot’ where the houseguests must search through a bunch of balls to collect tokens.  It was an intense game, and even though she didn’t plan on winning, Angela got the win.  This would put her in a predicament to be faithful to the final four deal she made to Haleigh and Faysal.

After the competition, Level 6 was seen celebrating, but Haleigh walked in which led for an awkward situation in which she felt forced to participate in.  She then told Faysal about this, and was convinced Angela was never in on the deal in the first place, and she was in an alliance with Tyler, Kaycee, and Brett. Faysal refused to believe that there was an alliance and told Haleigh she was overthinking things.  Later in the episode, he is seen talking to Angela feeling completely safe by telling her what to do with her nominations.

Angela, still unsure of what to do, didn’t know if she should put up both Faysal and Haleigh or go with a different plan. She was also considering getting rid of Sam. When the HOH ceremony came around, she ended up nominating Faysal and Haleigh. (filed by Jake Updegraff – Big Brother correspondent)

Tune-in Wednesday night on CBS at 8PM/7PMCST to see who wins the Power of Veto?

Let us know who you think will win the PoV in the comment section below.

BIG BROTHER: An Evicted Houseguest Returns To The Game!

DAYS OF OUR LIVES: “As The Teeth Fly”

OK…you know what: Faysal was a TOTAL IDIOT for thinking that Angela was gonna keep both him and Hayleigh safe from eviction. So…you know what: After that BONEHEADED MOVE of his this past Sunday Night, I hope that Faysal is THE NEXT ONE to go home this upcoming Thursday Night. KARMA!!!!!!!!!!