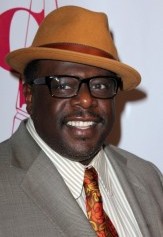 Disney/ABC Domestic Television announced today that Cedric, “The Entertainer” would be replacing Meredith Vieira as host of Who Wants To Be A Millionaire beginning with the shows 12th season scheduled to debut in national syndication this Fall.

“We are thrilled to announce that Cedric ‘The Entertainer’ will be at the helm as our new host of Who Wants To Be A Millionaire said Janice Marinelli, president, Disney-ABC Domestic Television, in a statement. “With his deep roots as a successful stand-up comedian and actor, Cedric will bring his fresh approach and unpredictable fun to the show.”

“Cedric ‘The Entertainer’ is the perfect person to take the ‘Millionaire’ franchise to the next level,” added Vicki Dummer, executive vice president, Times Square Studios. “An immensely talented performer with widespread appeal, Cedric will no doubt infuse his gregarious personality and humor into the show.”

“I’m truly looking forward to hosting ‘Millionaire,’” Cedric stated. “The show is a modern day game show GIANT, and the team at Disney-ABC has been great at putting the right elements together over 11 seasons. I’m excited to entertain all those who watch and play as season 12 launches … It’s going to be a good time every day!!”

Vieira concludes her 11 season run as host of “Millionaire” in May.    And for those looking for the General Hospital episodes where Jason Thompson (Patrick), Finola Hughes (Anna), Ian Buchanan (Duke), and GH head writer Ron Carlivati play “Millionaire” as a part of the crossover that took Vieira to Port Charles as Bree Flanders,  look for those to air as part of GH’s 50th anniversary celebration on April 1st  and April 2nd!

Now the question is; how do you think the GH team will do at playing “Millionaire”?  And what do you think of the announcement of Cedric “The Entertainer” as Vieira’s replacement

FIRST LOOK: All My Children … How The Little Ones Have Grown!

THE TALK To Celebrate Y&R's 40 Years on Daytime With Special Episode!

I thought GHs 50th wasnt going to start on April 1 because of that one episode delayed when ABC interupted to announce the new Pope?

Thanks Aria…i guess i read it wrong!

Have no idea who this man is? I love the show so I will probably watch some of it. even tho I avoid ABC in the daytime except for GH.