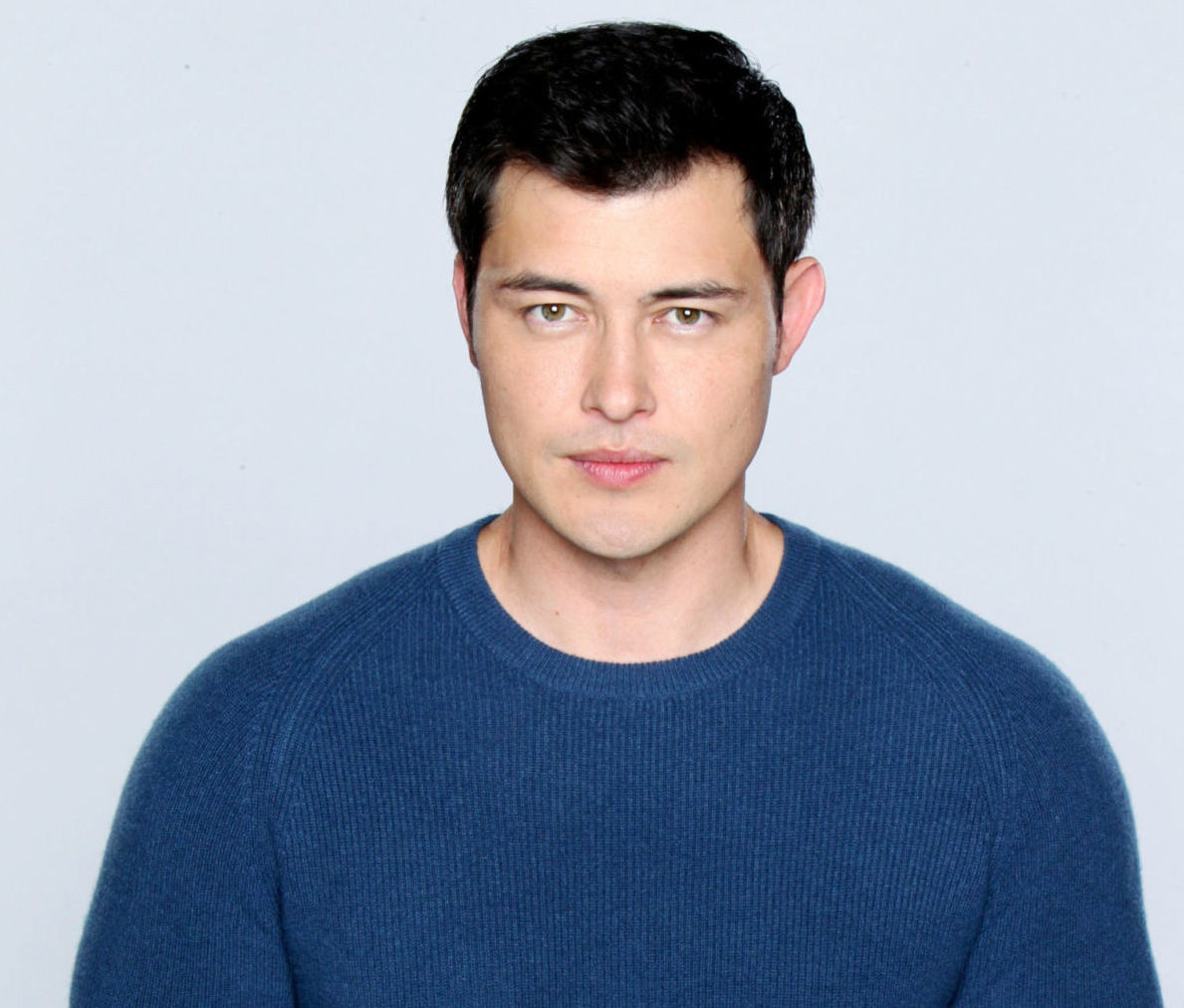 Do not miss Tuesday’s November 20th episode of Days of our Lives, as it marks the final appearance of Christopher Sean in the role of Paul Narita.  How does Paul leave the canvas, exactly? Grab your hankies for an emotional goodbye.

When Sean was brought on to DAYS, not only did he get involved in what would end up being a love triangle with several iterations. but so much more than that, especially since DAYS tackled a pro athlete coming out, and a Japanese American at that, who feared he would not be accepted by his family if they knew the truth about him.  Christopher won the hearts of so many viewers and cast members at DAYS including: his longtime scene partners: Chandler Massey (Will), Freddie Smith (Sonny), and Paul’s on-screen father, Drake Hogestyn (John Black).

Christopher took to Instagram to share his parting thoughts as he exits the show on today’s episode of DAYS: “It’s been an amazing 4 years with @nbcdays 🙂 I am so honored to have the opportunity to bring Paul Narita to life, a Japanese American Gay Professional Baseball Player. An ally to LGBTQ and Just as important an ambassador for Diversity. Representation is so important because we all have an equal place and we all are an important resource to America’s history, not one more important than the other. Change comes when we understand that. Thank you @nbc for taking a chance with me. Thank you Bruce Evans and Ken Corday and Marnie Saitta, Albert Alarr and Janet Rider, Jennifer Sinclair… the list goes on and on. To all the cast and crew on Days, my extended family, thank you! I’ve grown so much with you and created such wonderful memories. To the fans, none of this would be possible without you. All my love and thanks.  My final farewell on Days… whoa. I will miss you all, my home, my beginning. Until Next Time.‬” 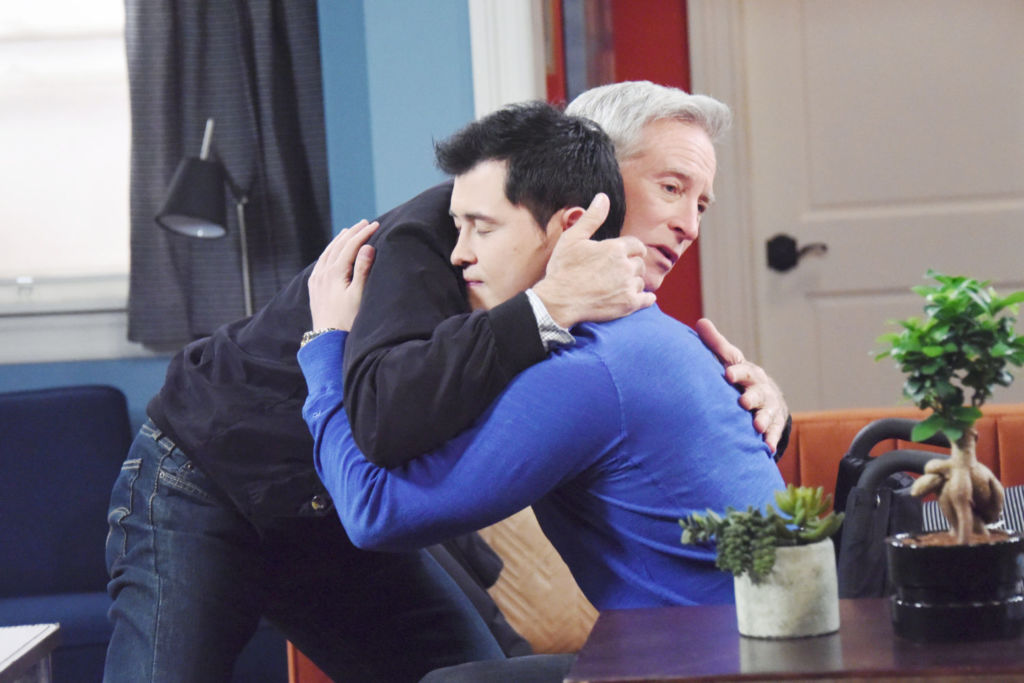 Now that Christopher has shared his parting thoughts to DAYS fans, please share your thoughts for him in the comment section below.  Send him your well-wishes and let us know if you will miss Paul … and what was your favorite moment on-screen during the actors run on the soap.

Tajh Bellow Debuts On General Hospital As The New TJ

I am so very sorry to see him go. Christopher does an wonderful job portraying Paul. I have enjoyed watching Paul’s personal growth journey. Christopher’s performance is always genuine and sincere. I will miss him terribly.

Congratulation Christopher on a job very well done. I wish you nothing but the best in the future.

I wish him well in his new adventures. I’ll miss him on DAYS.

Newbie TAKES : its truly an honor to “share” in an actors venture (s) . it’s harrowing to see them leave the nest.. because i’m selfish ; when a good actor REACHES. My nest is emptying. the “motherly” instinct… have you a nest egg to be of course, I loved the “gay” story… yet that wasn’t all it was… he was John’ SON ; dang didn’t they take meld AND REEL . especially because Drake Hogestyn… was given that chance to watch him be a father. MY ONE COMPLAINT.. had they fleshed out Tori. watching a person of color… soar..… Read more »

Come back soon, you will be missed

After watching his great performance on Hawaii-Five-o, as a killer a few years ago, I could not believe this same actor was playing the sweet, kind, loving Paul on Days. We’ll miss you Christopher, and hope to see you on one of the other soaps. Wish you the best of luck.

“I” – HAD – to YouTube this man yep, he’s got that killer “Instinct” does he not.. my first time watching him outside of @DAYS. You could feel his menace; his focus; his drive. YES Dang, it’s Hawaii 5-0 BIG Time .. he’s got that notch of prime time. his presence the camera loves him has all the requisite to feature LEAD. Yeah.. it was a startling difference from @Paul… which is even more remarkable… Yeah, Christopher right after those couple of reels ended… along comes.. AND I DID NOT KNOW THIS… Freddie Smith and his wife have a show… Read more »

Patrick, Soaphound,et all. This man is such a treasure! As far as I’m concerned, he can play any darn thing he wants, on any show. I hope he’s back on our screen soon.

Yes, Violet, I’d like to see him on Y&R. They keep getting these awful, unappealing new characters and Mr. Sean would be a happy addition for me. He was such a sexy bad guy on HAWAII FIVE-O which shows he can handle anything. Maybe I wouldn’t have to FF so many scenes if he were on!

It’s about time people of all backgrounds are represented; not just straight people who are either black or white. Hopefully this will be the start of more Asian characters; diversity should not just be about increasing African American presence which is what it seems has been the trend.

I loved “Paul!” The essence of sincerity and goodness; he emanated sexiness with a steady, reliable, strong persona coupled with intelligence. I kinda fell for him! 😉

I wish you well, Christopher and will be looking forward to your future work. Thank you for gracing my screen.

Hi Rebecca1: haven’t seen you in awhile… I hope you are recharged on all cylinder. CUTE : “…I kinda fell for him! ” okey dokey… I watched Freddie and Ali show ( his wife ) internet . AND it was “adorable” watching two underlings… entertain themselves in their nest. YIKES .. it made me feel my age. Christopher Sean has a lot of passion Zany AND humble. It’s my dream that he exceeds beyond. I fell too. Happy Holidays

Hi, Patrick! Hope you had a good Thanksgiving. Yeah..haven’t been around “here” too often but I do still pop in. Always good to “see” your friendly, familiar face! 😉 LOL; Made you feel your age? There are way too many reminders in pop culture to make someone feel his/her age. That’s why it’s alway great to watch reruns of The Golden Girls! LOL! If I remember correctly you like, Claire? (I think Ciara is gorgeous.) But I was going to say that Claire was looking frighteningly thin; almost sickly/anorexic. Seems to me she’s gained some weight and looks healthy and… Read more »

You will be missed.Good luck in whatever you choose to do

Paul was too good for Sonny and Will. Glad he had a nice write off, happy that it was with his father and brother.