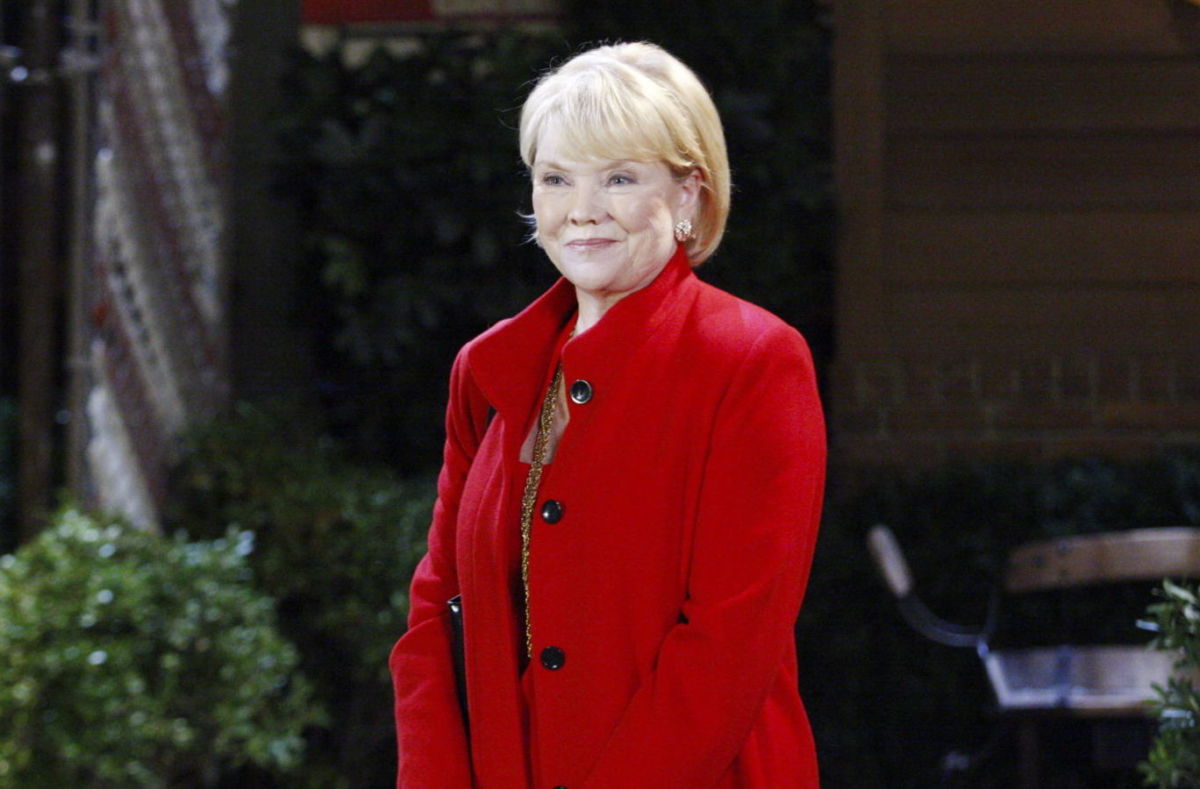 Next Friday, April 12th (9pmET) One Life to Live’s Erika Slezak (Ex-Viki) will appear in a two-hour documentary special that shines a light on the now famous murder case of actress Rebecca Schaeffer.  In 1985, before her primetime success on My Sister Sam, Rebecca had appeared on One Life to Live for six months in the role of Annie Barnes.

Schaeffer’s shooting changed Hollywood in many ways; for protections were put into place and safety measures to assist celebrities who are being stalked.  Sadly, Schaeffer was killed by her stalker, Robert John Bardo in the doorway of her Los Angeles apartment building in the summer of 1989.

Erika will participate in the 20/20 episode and recounts how she and the cast of One Life were affected by this tragedy. 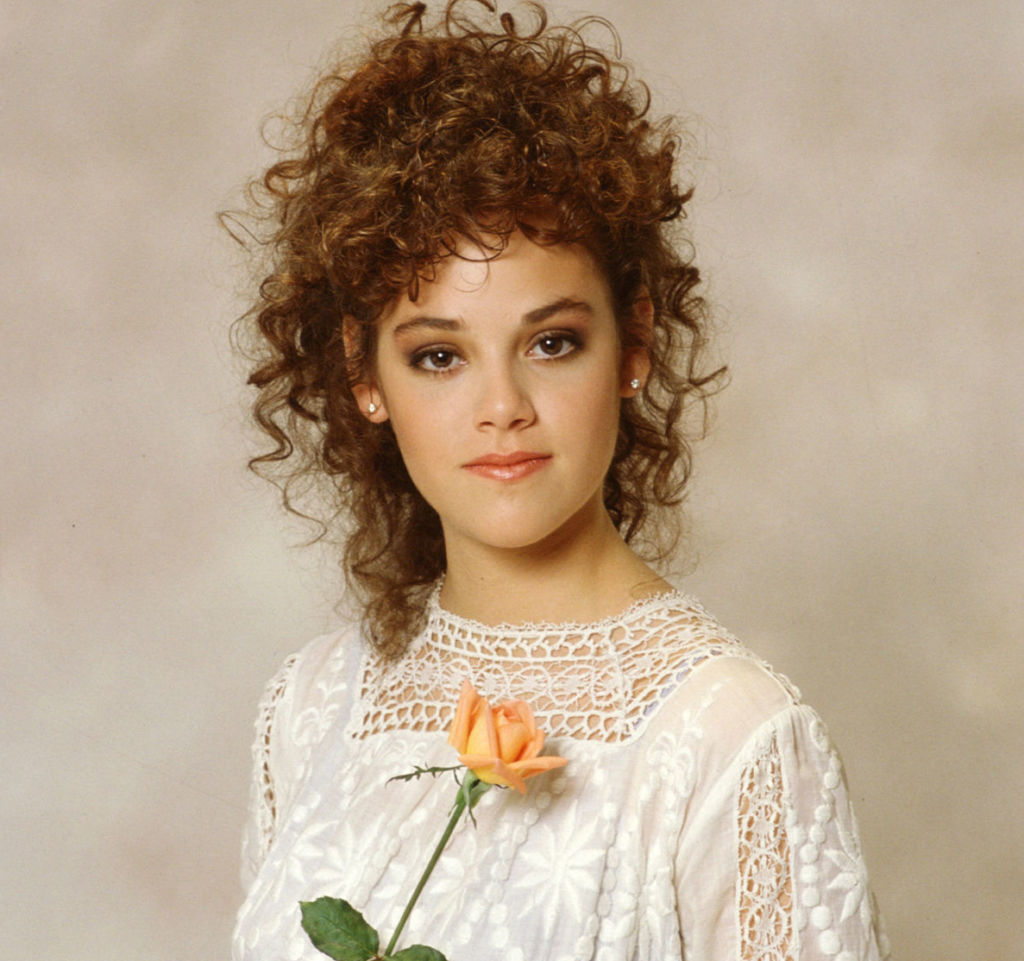 In the exclusive clip via PEOPLE.com from the 20/20 special, Erika shares what happened when the cast of One Life found out Schaeffer had been shot and killed. She shares: “We were just horrified.  How can someone walk up to someone and just shoot them?”

As well as Slezak, lead prosecutor in the O. J. Simpson murder case. Marcia Clark, Schaeffer’s co-star on My Sister Sam, Pam Dawber. and other notables appear offering their remembrances of this sad and horrible tragedy that took the promising career and life of Schaeffer’s within a second due to a heinous crime.  Throughout the special, viewers will walk through the incident through investigative accounts, and more.

Check out this clip below from the special.  (If it appears small on your screen; hit the full-screen button on the lower right of the video screen )

Will you be watching Erika on 20/20?  Do you remember Rebecca Schaeffer’s tragedy? Comment below.

Greg Rikaart Back To The Young and the Restless

Yes, he is still imprisoned.

The defense asked for no death penalty if they didn’t have a jury trial. Not sure why the prosecutor agreed to this.

Absolutely will be watching. I remember hearing on the news of her murder and a young me was very scared as I lived alone then. She was bright, talented and had her whole life ahead of her. Can’t believe it has been this long ago.

Andrea Evans/Tina from OLTL was also stalked and went into hiding I am surprised they do not have her discussing it but maybe she does not want to talk about it . I remember this story very sad indeed.

What happened to Andrea’s stalker?

0ohh shees..
I have never heard of My Sister Sam or of Rebecca Schaeffer, or the others.
1985!! 35? years ago.. people were still using rotary phones and cassette tapes..

Nowadays it’s not shocking to hear of someone opening their door and getting shot.
The same gun laws I assume..

Its not just the crime itself,its about the victim,her story,and the loss of life so young.Many people have not heard of Rebecca Schaeffer because she didn’t get a chance to have the life she deserved and she was on her way for sure…This poor girl knew she was gonna die so she asked her killer “Why?”….I’m 38 and I remember the show,I remember her,and I remember her death!Btw people still use rotary phones….(smiley face)

To hear Rebecca Schaeffer has been gone for 30 Years is just unbelievable!Such a beautiful and special girl She was.She could and would have been great!A real tragedy…..I think its important that the man who caused her death be given as little publicity as possible.Thats what he wanted! He wanted to be linked to Rebecca permanently.Lets stop giving these killers the media attention and the social platforms that only these precious victims like Rebecca should have!

Media attention is not going to murderer. History cannot erase the bad or offensive people if the future is going to different. California DMV changed it’s policy and should be a lesson about data privacy, whether with government or on free websites.

This is very sad.

I wish I had seen this earlier so I could have watched the show.

A private investigator gave him her address. Hopefully things like that have changed.

Just saw, it’s on this Friday so I can still watch it.

I do remember and was so shocked, so awful to happen to such a beautiful, talented young woman!

This was a tragedy and it was something I myself couldn’t wrap my head around. It’s sad that even back then this country didn’t have gun control. Even right now to what is going on in the world with guns we need gun control. Instead of worrying about immigrants crossing over a border, why not worry about the shootings that are out of control? I even remember the shooting of John Lennon. How sad, this star wasn’t even given a chance to blossom and make a name for herself. I feel bad for her family and friends.

I don’t really remember her but it’s sad that this had to happen for awareness to be brought to this story. ,. People will remember Erika as Vickey / Nicky on OLTL

So very shocking , I never knew this happened and I’m very sorry to all who knew Rebecca Schaeffer

I remember this like it was yesterday. A total tragedy. I’ll be watching 20/20.

I watched the show and I wasn’t really impressed with the presentation. It was disjointed. Like they had one person say a sentence and then they cut to another person saying a sentence. It didn’t flow well IMO.

It is still incredibly sad what happened to Rebecca. She was so beautiful. She is forever 21. She was really talented and from all accounts, super nice. Who knows what she could have been or done? At least changes in laws were made as a result of her murder.