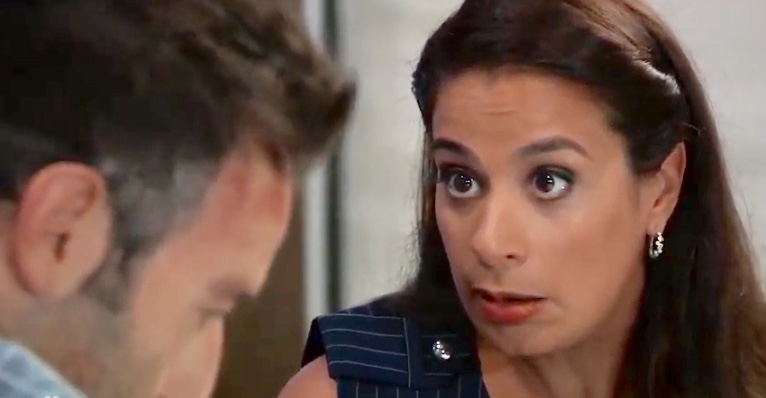 General Hospital was one of five television shows that has been named and honored by the Ruderman Family Foundation for their accurate depictions of people with disabilities.

According to the Hollywood Reporter, the soap received the recognition for the casting of Maysoon Zayid who portrayed Shilohs’s (Coby Ryan McLaughlin) lawyer, Zahra Amir.

Zayid is an actress and disabilities advocate living with cerebral palsy. In addition, Maysoon is also one of America’s first Muslim women comedians.  Zayid said landing on GH was a “lifelong dream,” after finding it difficult to land roles due to her disability.

Along with GH, the foundation’s seal of authentic representation went to: Netflix’s Tales of the City and Raising Dion, and BBC/HBO’s Years and Years and Audience’s Loudermilk, great company for the ABC daytime drama series to be included with.

Jay Ruderman, president of the Ruderman Family Foundation expressed in a statement. “By giving credit where credit is due in Hollywood, we hope to inspire a broader, longer-term, industry-wide sea change when it comes to authentically casting actors of all abilities.”

In addition, Frank Valentini, executive producer of General Hospital stated: “Our goal has always been to provide stories that are authentic and relatable for our viewers. Having the opportunity to welcome Maysoon Zayid onto the show was exciting for us. She is an incredible talent and was a perfect fit to guest-star as Zahra Amir. It takes all kinds of people to tell a story; especially those that are rich and entertaining enough to resonate with our audience.”

Share your congrats to GH and actress Maysoon Zayid on this honor via the comment section below.

Both the actress and the character were a breath of fresh air. Interesting to watch and someone who put Shiloh in his place. She did all that without trying to put on some phony southern accent.

Maybe we’ll see her back if there ever is a custody battle between Lucas and Michael.

Loved Maysoon—for a second, in the above picture with Shiloh, I confused her with a younger Alexis. LOL.