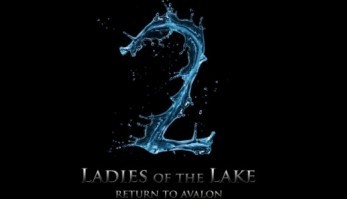 After a successful season one of the digital drama series on Amazon, Ladies of the Lake,  they have announced filming of a second season!

It was announced by series executive producers Kyle Lowder and Michael Caruso, that the series based on Days of our Lives EP Ken Corday’s novel, is slated to begin production in late January for a summer 2018 release.

The new installment will be titled:L adies of the Lake: Return To Avalon and will he pick up in story one month after the events of the season finale. The four-episode season brings back soap favorites: Marie Wilson, Jessica Morris, Lilly Melgar, Jillian Claire, Kyle Lowder, Arianne Zucker to their roles, with more guest stars to be announced shortly.

Daytime Emmy winning director, Sonia Blangiardo also returns to direct all four episodes in addition to being promoted to co-executive producer of the series.

In a statement to SOD, Kyle Lowder related, “We had always hoped to be able to bring the audience more Ladies of the Lake and thankfully, the numbers have made that possible.” Michael Caruso who also wrote the series added, “We are bringing back the entire creative team from the first season and are excited to continue telling the story of the women of Avalon. The book was an amazing launching point, but fans should definitely expect some major tonal changes for season 2. We listened to our audience and are going to bring you an edgier, sexier, faster paced show. Season one was about laying the groundwork for the characters and bringing the original novel to life. Season two is about the fallout from the events of the first season and kicking the story into high gear.”

GENERAL HOSPITAL: Patient Six Dealt Heartbreak As He Learns Sam Is With Another Man & Morgan Has Died!

THE BAY Is Back: Season Three Premieres October 24th!

The last episode of the season was the best.