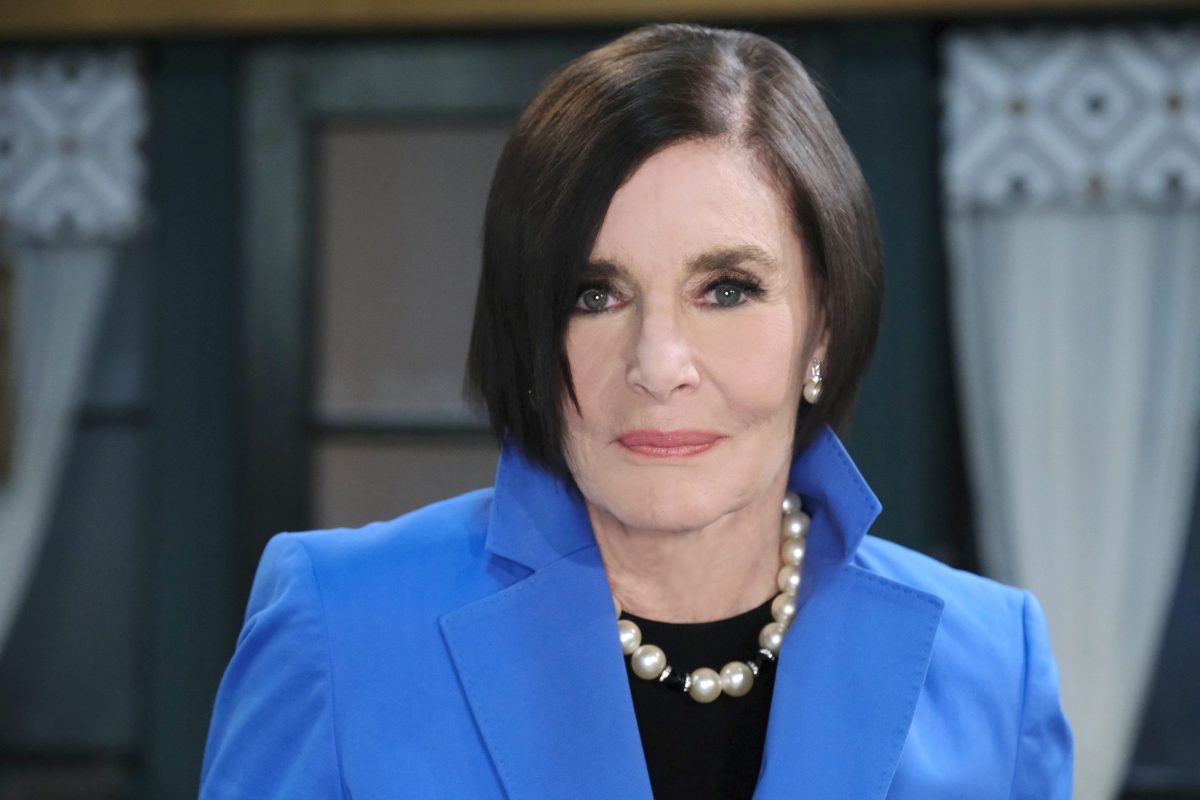 Currently, daytime fans are getting to see one of the most beloved actress in the history of the soap genre, Linda Dano, on NBC’s Days of our Lives in the role of the villainess Vivian Alamain.

Dano is taking on the part originally made soap-famous by Louise Sorel, and last played by Robin Strasser. Now it’s Dano’s turn to bring her own style to the role as viewers have witnessed that Vivian has kidnapped Eli (Lamon Archey) and Lani’s (Sal Stowers) twins, thanks to Viv’s sidekick, Ivan (Ivan G’Vera), and the story and all the drama continues this week. 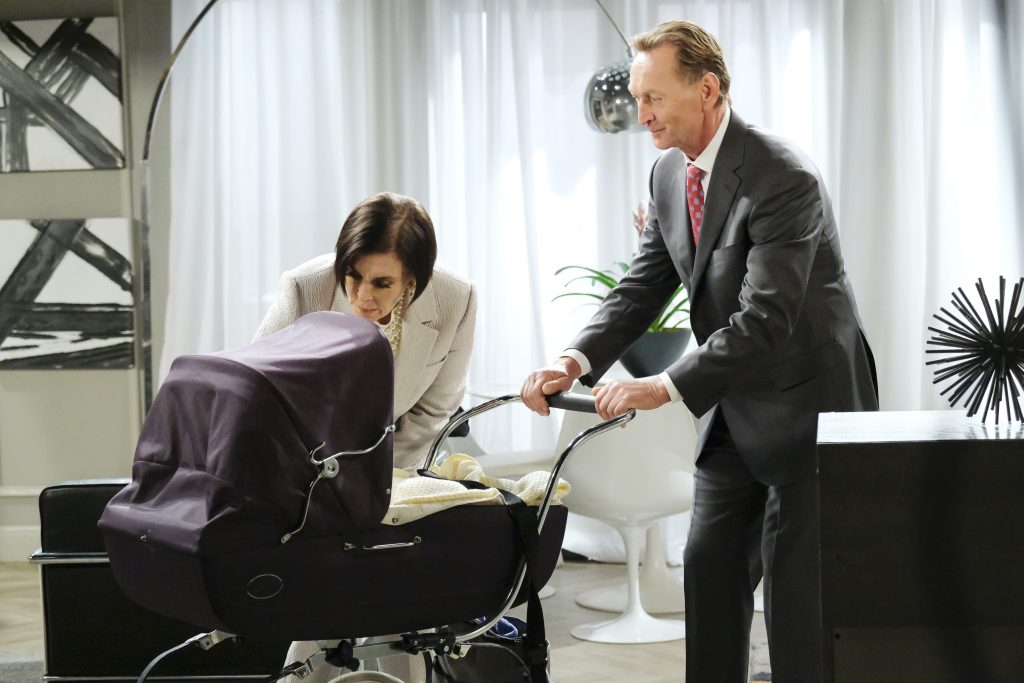 In a very special conversation on You Tube’s Michael Fairman Channel, Linda chats with Michael about the challenges she faced stepping into Vivian’s shoes, and working with the cast and crew at DAYS.

Linda also shares her sorrow over the heartbreaking cancellation, and then taping final episode of Another World, where she played her signature soap role of Felicia Gallant for 18 years.  During her run, Dano won the Outstanding Lead Actress Daytime Emmy in 1993 for Felicia’s battle with alcoholism, which as she reveals she is still stopped on the street about to this day. 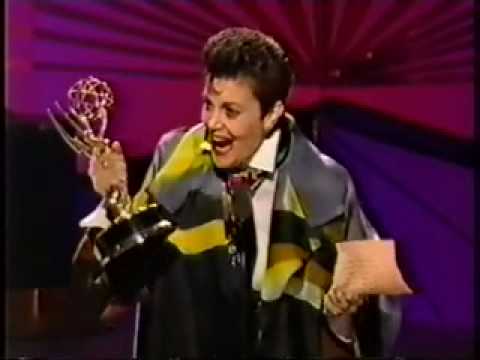 Soap fans will recall that Dano is the only actress to crossover to all of the ABC daytime dramas when she returned to One Life to Live, (following her time on Another World), in the part of Gretel “Rae” Cummings, and we learned that Rae was the bio-mother of Skye Chandler, played by Robin Christopher. 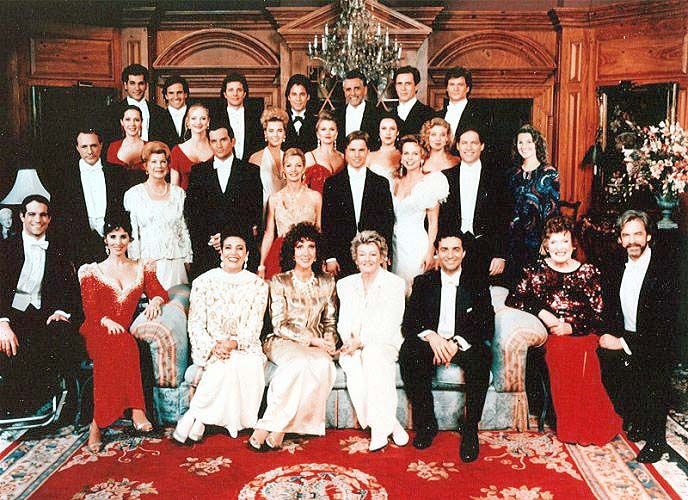 Throughout her career, Dano also appeared on Guiding Light and As the World Turns, hosted the talk show, Attitudes and is known as one of the fashionable people in the business.  Linda formerly helped dress many of your favorite soap stars, wrote a book on having just the right look, and is always on the cutting edge of the fashion world.

As you will see, the conversation was poignant, humorous, and candid, but what else would you expect from the one and only Linda Dano?  You can watch the full chat below.

What have you thought of Linda’s portrayal of DAYS Vivian thus far? Was your favorite soap role of Linda’s … that of AW’s Felicia Gallant? What story that she shared in the conversation did you enjoy hearing about the most?  Let us know via the comment section.

Cady McClain to Depart Days of our Lives

DAYS Lamon Archey On Jackée Harry & Precious Way Arrivals: “Not Only Racially & Culturally Needed But They Bring So Much Character & Larger Than Life Personalities to the Show”

I loved this interview Michael. Seeing Linda makes me so happy and a bit sad too because I miss Another World. Thank you for this!!!

I miss Another World so bad. I remember and just saw when she fell through the Glass when her face was badly scared up.
I’m watching Another World as we speak on YouTube. But let’s write to get Another World back on please let everyone write NBC please

Michael, thank you for this awesome interview with Dano, awesome to see her, I was huge fan of AW and miss the show a lot. Anyway you can bring us more interviews from AW for us. Bring us more for AW or a mini reunion.
Anna Stuart, Nancy Frangione, Victoria Wyndham, Stephan Schnetler, Tom Eplin, Alice Barrett, Matt Crane, Judi Evans and Sandra Robinson. Be awesome to see the faces that had us glued to AW for so many years. They are so missed. AW rocked no daytime drama like it anymore!

I totally agree Another World was the best soap

Absolutely—-AW was the best!! Linda Dano was awesome as Ms Gallant. Yet, no one can replace “Vivian”—– As great an actress as Dano is, I found her performance on Days a complete contrast to the Prima Donna, Vivian. Too sugary. Was it the babies who turned the feral, unbending tigress to mush?

My two favorites were Constance Ford and Ann Wedgeworth who in later years turned up on the comedy Three’s Company.

Yes it was. It was the best ones and Guiding Light

I think we should write NBC

AW was a great soap. No one can be Louise Sorel, so I’m sure it’s hard to take on the role. Linda’s doing a good job.

I loved hearing and reading about Linda. I have loved her since “AW.” The cast picture brings back a lot of great memories and made me wonder whatever happened to Anna Stuart. I loved her on “AW” and “AMC.”

I just saw her fall through the Glass. That was awesome

I love Linda, so seeing her in anything is always a treat! And even though Louise is still imbedded in my mind as Vivian, I know that Linda will be wonderful in the role. It makes me happy just seeing her take on Viv and I hope it continues for some time to come. How I miss ANOTHER WORLD! There hasn’t been another show to replace it in my heart and never will be. Linda and Victoria and Stephen and Anna and Matt…so, so many…too many to name them all…were just wonderful to watch every day! Best Wishes in your… Read more »

Yes I miss Another World myself

Love Linda Dano!!! She was a favorite for years on Another World. I was delighted to see her step in for Louise Sorel which isn’t a favorite. I had hoped she stay longer!

Awesome interview Linda. I am so excited that Linda is on Days of Our Lives I watched her all those years on another world in One Life to Live. I know Linda personally cuz I live in Connecticut and she lives in the town that I do and I say hats off to you Linda keep going girlfriend you look awesome. Any soap opera show should be honored to have her. Can’t wait to catch up with you in town.

So great to see her. I wished they had cast her in another role other than Vivian because the prior actress is so identified with that role and long time fans of Louise don’t want to give anyone not even greats like Strasser or Dano a fair shake. I would have loved to see her cast as Ava’s mom or in scenes with Victor or Julie and Doug. That would have been something. Kudo’s to Days for finding these grand old soap greats and putting them in short term roles.

I freaking Hate NBC so bad

These comments are nice to see. I worked on Another World and Linda Dano was a class act. Still is, I’m sure.

Linda Dano is the best… she is a legend of daytime. I have to say she is probably the kindest person I have ever met. I watched her everyday on Another World and Attitudes. I have met her once when I was in the audience of Attitudes. She was the kindest person ever. If there was an opportunity to sit down and have a conversation with anyone, the person would be her.