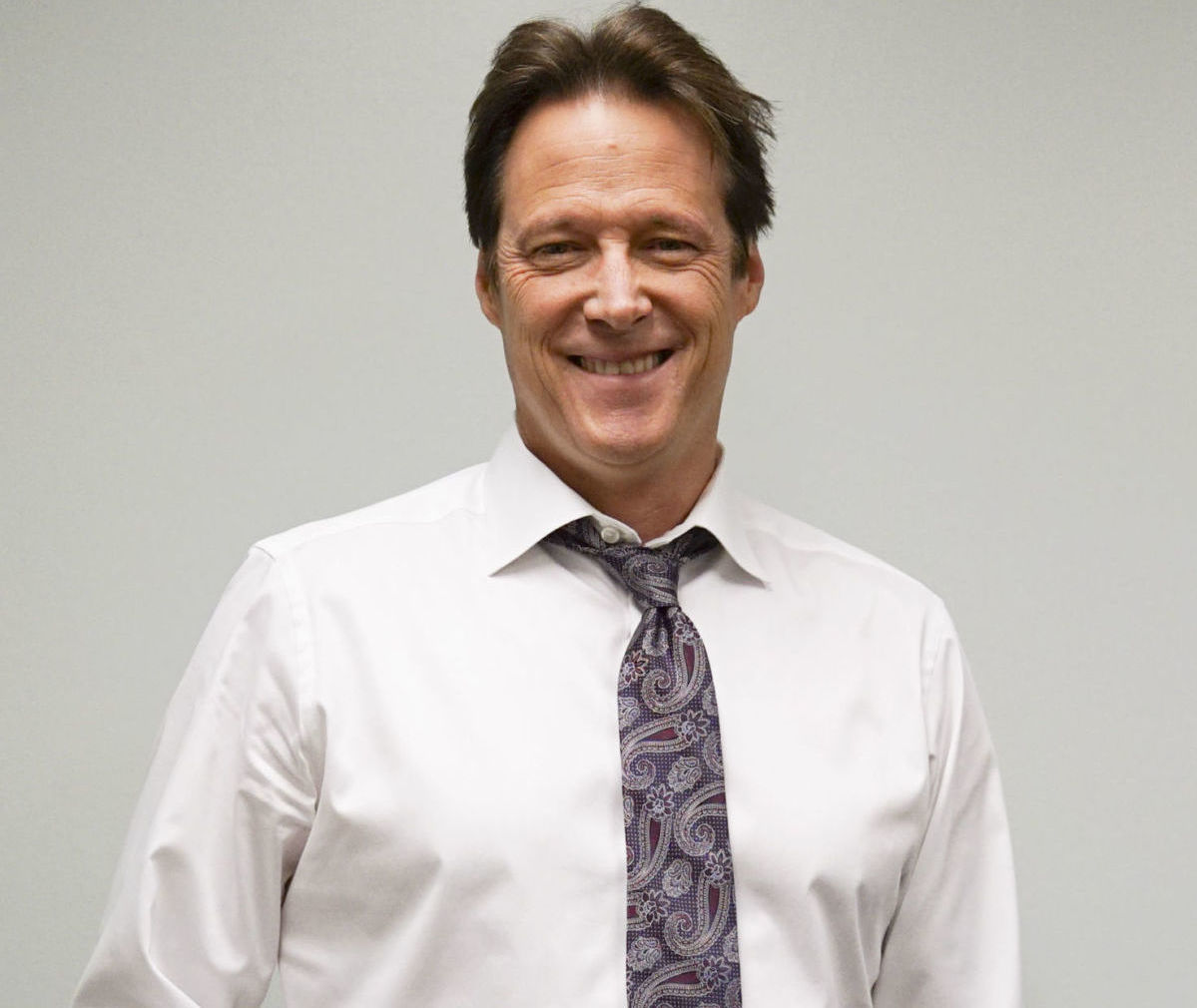 The first week of 2019 sent shockwaves through Salem with the return of the believed-to-be-dead Jack Deveraux (Matt Ashford).  In a New Year’s “Eve” surprise Eve Donovan (Kassie DePaiva) brings the amnesiac Jack back to town, and we are off and running on quite the storyline.

On the latest episode of Inside Salem: Days of our Lives Podcast, Matt Ashford talks with host Michael Fairman about: coming back-from-the-dead so many times, how long fans might expect amnesiac Jack to be running around town, plus what it has been like reuniting with Melissa Reeves (Jennifer) and playing opposite Kassie DePaiva’s Eve, and much more.

Later in the episode, Rob Scott Wilson (Ben) and Victoria Konefal (Ciara) chat it up about how they create the on-screen magic for their characters, Ben and Ciara’s love story.  Then, the duo field some hot button questions from fans of the duo known as #Cin.  Then, Rob and Victoria provide ‘play-by-play’ commentary as they watch back Ben and Ciara’s first kiss. 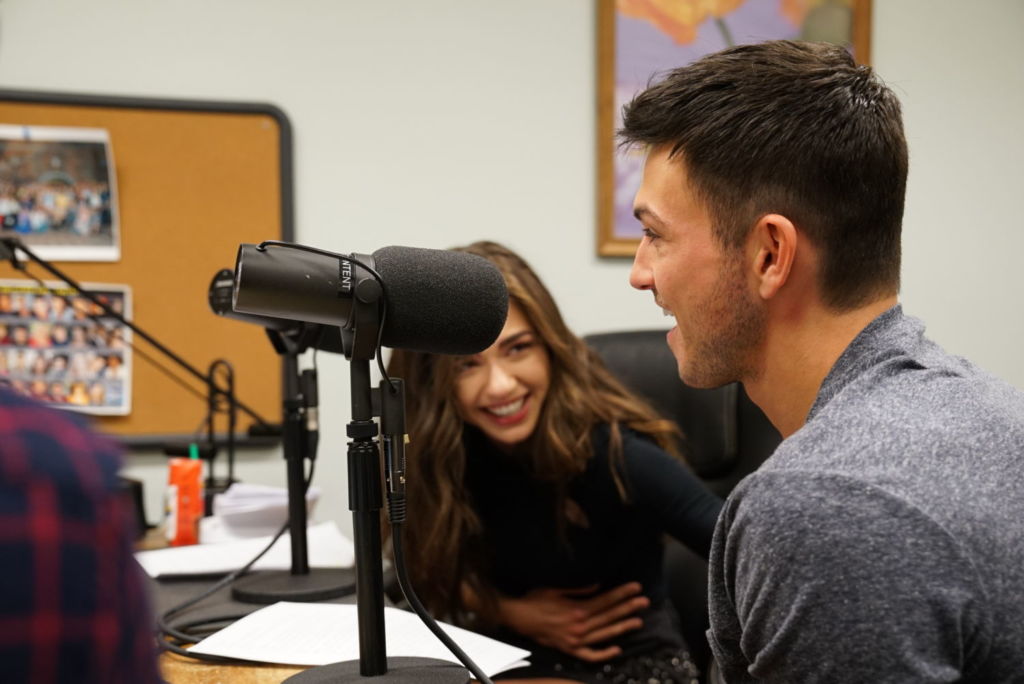 And in a hilarious twist, Michael takes on the role of Ben and gets pointers from Rob, as Michael delivers the exact dialog in the key scene opposite Victoria Konefal.  Needless to say, Michael’s version of Ben is such an epic fail!

You can listen to the episode streaming now at NBC.com here, and on Monday the podcast will be available on iTunes and all major pod platforms for download.

After you check out the episode, let us know what was your favorite part in it, and if you are enjoying the return of Matt Ashford, and Rob and Victoria’s drama on DAYS as Ben and Ciara, via the comment section below

TODAY: The Bold and the Beautiful Airs Its 8,000th Episode

So, we all knew that when RC gave Abi did, it was the beginning of the end, and Abi’s miraculous recovery 10 years too early, and super miraculous strength to impersonate an alter…
Fast foward to New Years Eve,
RC is dumping again, just like he did on GH.

RC is slowly becoming as irrelevant as Oprah, and as soap destroying as… the creep who killed OLTL.

I stopped being an RC fan a long time ago (FLUKE) but he did not kill OLTL – Brian Frons did. Ron seemed to give the show a few more years, actually… until he couldn’t stop with the bizarre plots (Marty is Actually Crazy!) .. but I think the show was already a goner by that point. I think his first year on GH was amazing… but he goes for cheap thrills at the expense of long term characters and story… and that gives every show he’s on a ratings bump, but ultimately leaves him with no place to go… Read more »

hi Calvin.
You are putting blame on RC for what FV did..
It was Not RC that created ‘Fluke’ it was Frank..
RC had Tony written out and Frank wanted to hold on and came up with Fluke and he brought the idea/story to Tony and Tony stayed on to play it out..
Again- RC had written Tony/Luke out FV came up with Fluke to keep Tony on longer.

I was never a One Life to Live fan, however, watching clips from the ’80s, ’90s and early ’00s, they were written miles better than how Ron wrote the serial in its final few years. Hell, even TOLN’s writers did better than him at writing the soap, though, it still didn’t entice me to want to watch out of desire. His first year at General Hospital was horrible; his only good year was 2013, aside from the melting face masks, which is one of the dumbest storylines to ever hit a soap opera.

Great podcast for Days as usual! Thank you for doing these each week. I click and listen to each new one on the NBC.com link for Days each Friday after watching the newest Days episode on there, the preview for the next week and your podcast!

I like to see Ben and Ciara have some romantic moments…maybe go to a Retro Disco Dance Hall…i could see them dancing to Burn Baby Burn-Disco Inferno!!!-seems the perfect song-lol…Jack back from the dead more times than Barnabas Collins-lol…you can tell Ron C. writes this show…seen preview with Leo and Xander with their shirts off…with those two becoming partners in crime will they be lovers too…Xander with his shirt off and with Leo will have to start calling him Tarzan if he is going to be swinging his vine both ways-lmao!!!!

I realize that I’m a bit spoiled, living somewhere where it’s always really warm (Hell) but is it really normal for mortals who live in some midwestern town in the greater Chicago area to be running around shirtless in January??

I just love the relationship between Ben and Ciara ,I just wish they would give Ben a break.Just because he has a mental illness doesn’t make him crazy.

I am sick of the way people are treating Ben.He is trying to straighten himself out,but a mental illness just doesnt disappear like that.

Abigail has a mental illness. Even Hope arguably had a small psychotic break when she emptied her clip into old Stefano, but that’s understandable, having just buried her husband, and sincerely believing that Stefano was to blame for Bo’s death. (He wasn’t, but he didn’t bother denying it) Ben is a serial killer. There’s a bit of a difference. Though I realize that ReRon is trying to do the same thing with Ben that he did with Frodd on GH. This one is an even harder sell, because this is actually the same guy who you saw strangling people on… Read more »

I love Ben and Ciara together regardless of the necktie killer drama. Those two have a connection that shows.