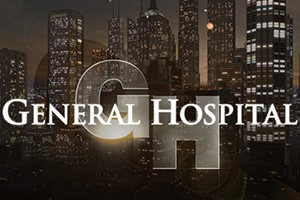 The ratings are in for the week of March 25th – March 29th, which was a key week for two daytime soap operas.  This, it was reflected in the total viewers tuning into see what is going to happen on General Hospital as it has its lead-in week to it’s 50th anniversary episodes and The Nurses’ Ball, and The Young and the Restless which on March 26th celebrated its 40th anniversary.   In addition, one fantastic overall note to the stats in this rating period, all four network soap operas are up in viewers significantly from this time last year in 2012!

Breaking this down, General Hospital added a astounding +303,000 viewers for the ratings period!  We think the number may be even higher when the next rating period numbers come to light! GH came in third among the network soaps with total viewers at 2,754,000, but the lone ABC soap is up 449,000 viewers from the previous date last year!  With all the returns, blasts from the pasts, and the events leading up to The Nurses’ Ball, and Luke and Laura’s battles with Helena Cassadine, GH fans had a lot of story to keep up to date on!

Over at The Young and the Restless, as Nikki and Victor celebrating their “I do’s”, Adam was shot and then there was that bomb!  Those episodes and the aftermath gave Y&R, which ushered in its 40th years during the ratings week, 4,755,000 viewers.  That is gain of +44,000 for the ratings week, but an amazing +631,000 total since the same time last year.   The show continues to have its stronghold as the number one soap.  Does this mean that the regime of Phelps and Griffith are bringing it to Y&R?

While The Bold and the Beautiful and Days of our Lives both lost viewers for the ratings week, B&B -99,000 and DAYS -56,000, they are still well ahead of their numbers from last year at this time. The Bold and the Beautiful is up  +408,000, while Days of our Lives is up  +134,000.   To view the entire ratings picture courtesy of Soap Opera Network click here!

Alrighty then, time to be our Soap Opera Programming Executive Armchair Quarterback!  What is working for you on General Hospital and The Young and the Restless?    What would you fix to The Bold and the Beautiful and Days of our Lives that you think would put them in the plus column for adding viewership?  Have you been pleased and excited with the events leading to GH’s 50th anniversary celebration , and Y&R’s 40th anniversary episodes?   Weigh-in!

Related Topics:Days of our LivesGeneral HospitalRarings week of March 25-29 2013The Bold and the BeautifulThe Young and the Restless
Up Next

TONIGHT: DALLAS Back-to-Back New Episodes! Will Ryland and Cliff Destroy The Ewings Once And For All?