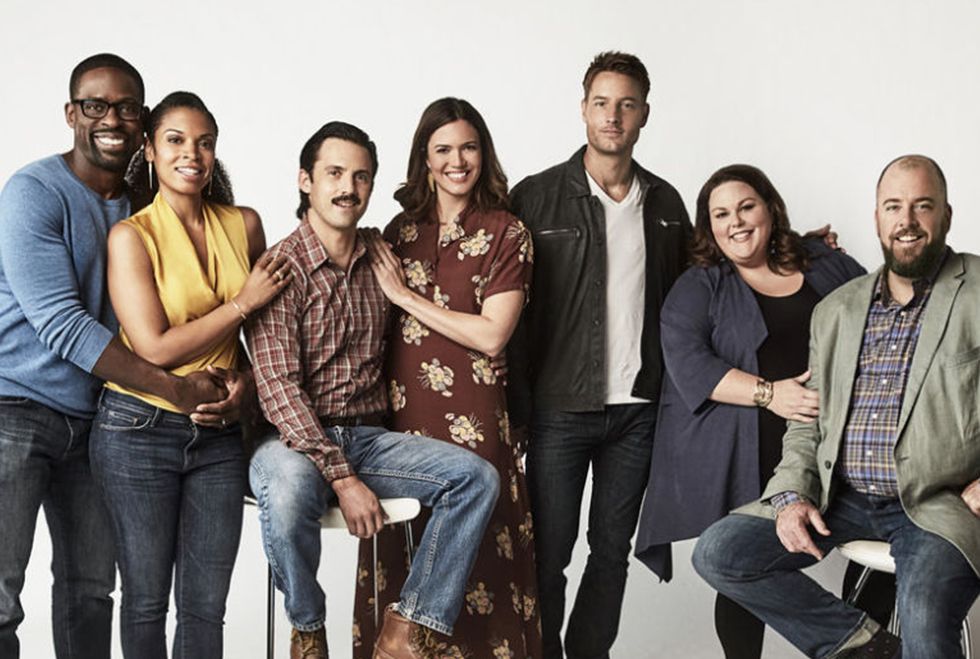 With the coronavirus pandemic constantly evolving and safety first for all of its cast and crew, This Is Us intends on starting production on its fifth season next week on September 24th.  Of course, given the fluid situation with Covid-19 that could change, but from various reports, that is the plan as of now.

The hit NBC drama will have a two-hour season premiere airing on Tuesday night, November 10th when it take viewers on the next leg of the Pearsons journey past, present, and future.

Back in August, series creator Dan Fogelman addressed burning questions from fans in a quick tweet relating: “Yes on Covid. We’ve decided to attack things head on. Very proud of @ThisIsUsWriters  Same planned ending. Same route to get there.”

Aside from addressing the pandemic in the new season look for the following:  more of an exploration of Rebecca (Mandy Moore) and Miquel’s (Jon Huertas) relationship, just what will happen now that Kevin (Justin Hartley) learned he is going to be dad from Kate’s (Chrissy Metz) best friend, Madison, whom he knocked-up.

Randall (Sterling K. Brown) will be back in therapy and there is still the fallout from Kevin and Randall’s awful fight at the end of season 4.

So are you excited to see what’s ahead for the Pearson family in season 5? What do you think about the series tackling the pandemic head on?  Comment below.

Just what we need. Lectures from Dan Fogelman about wearing a mask. No one wants to be reminded that we are in a freaking pandemic. The. Word in Hollywood is that COVID scripts are not selling. But hey Dan go right ahead and lecture virtue signal this great show out of existence. It’s almost as smart as having Olivia Wilde getting hit by a bus or Oscar Isaac blowing his brains out in front of Annette Benning in his mega flop LIFE ITSELF. I