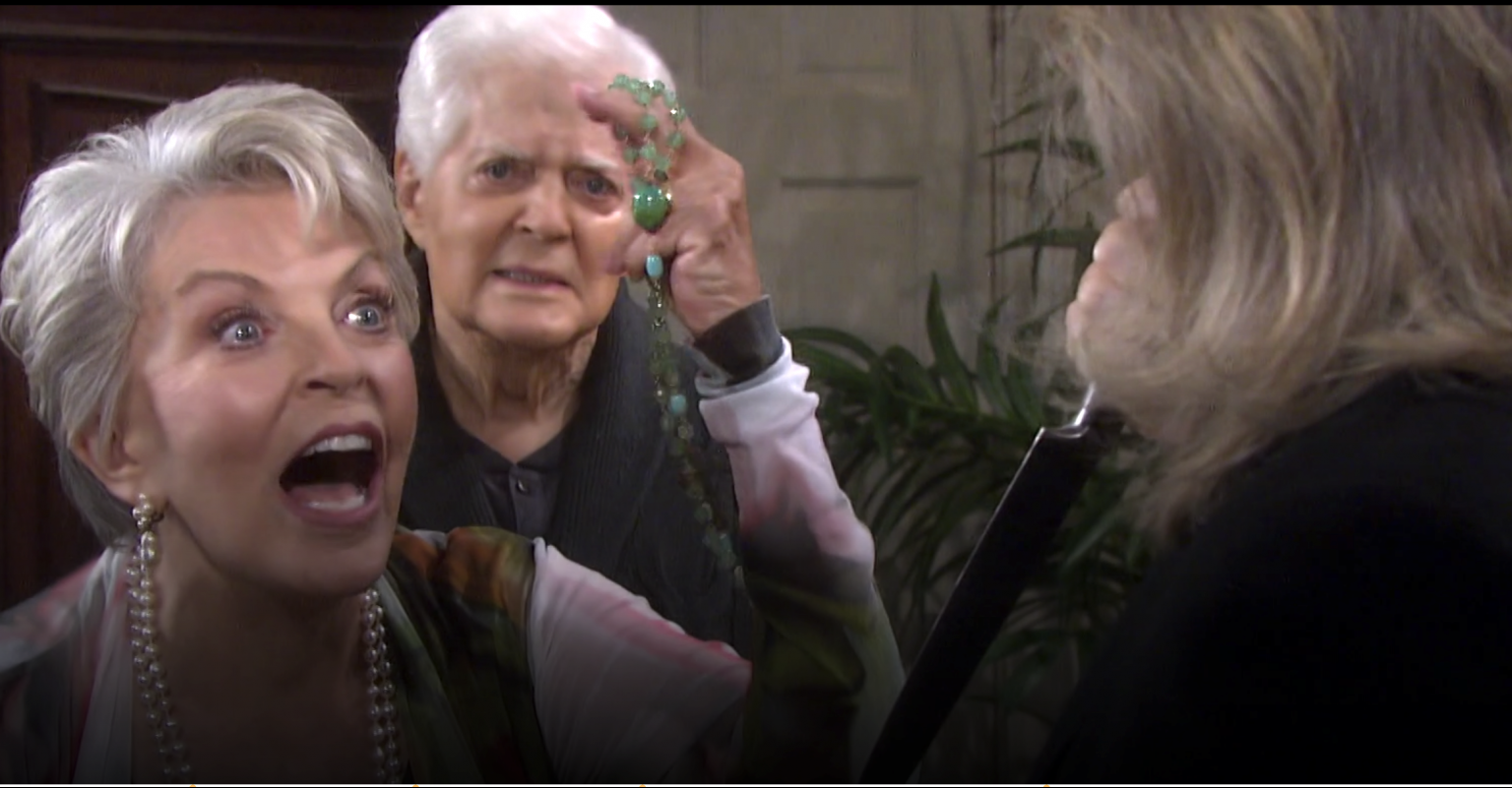 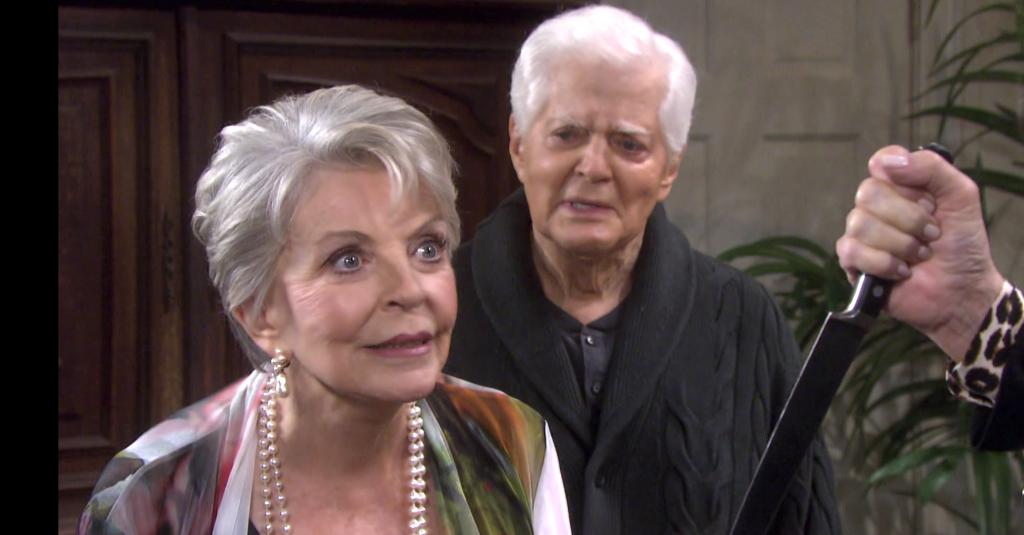 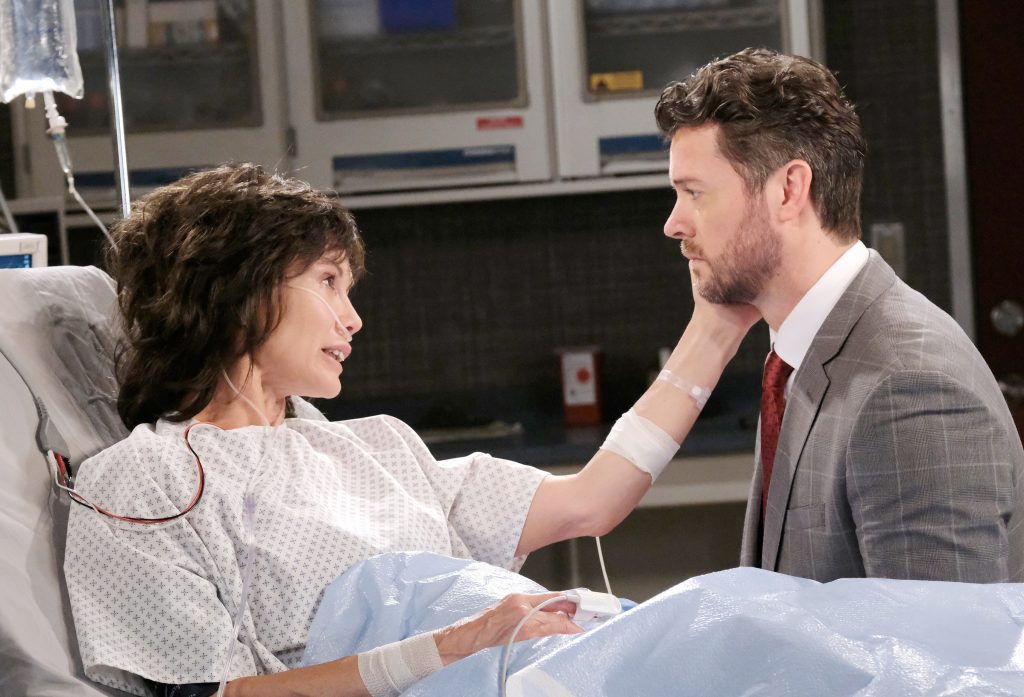 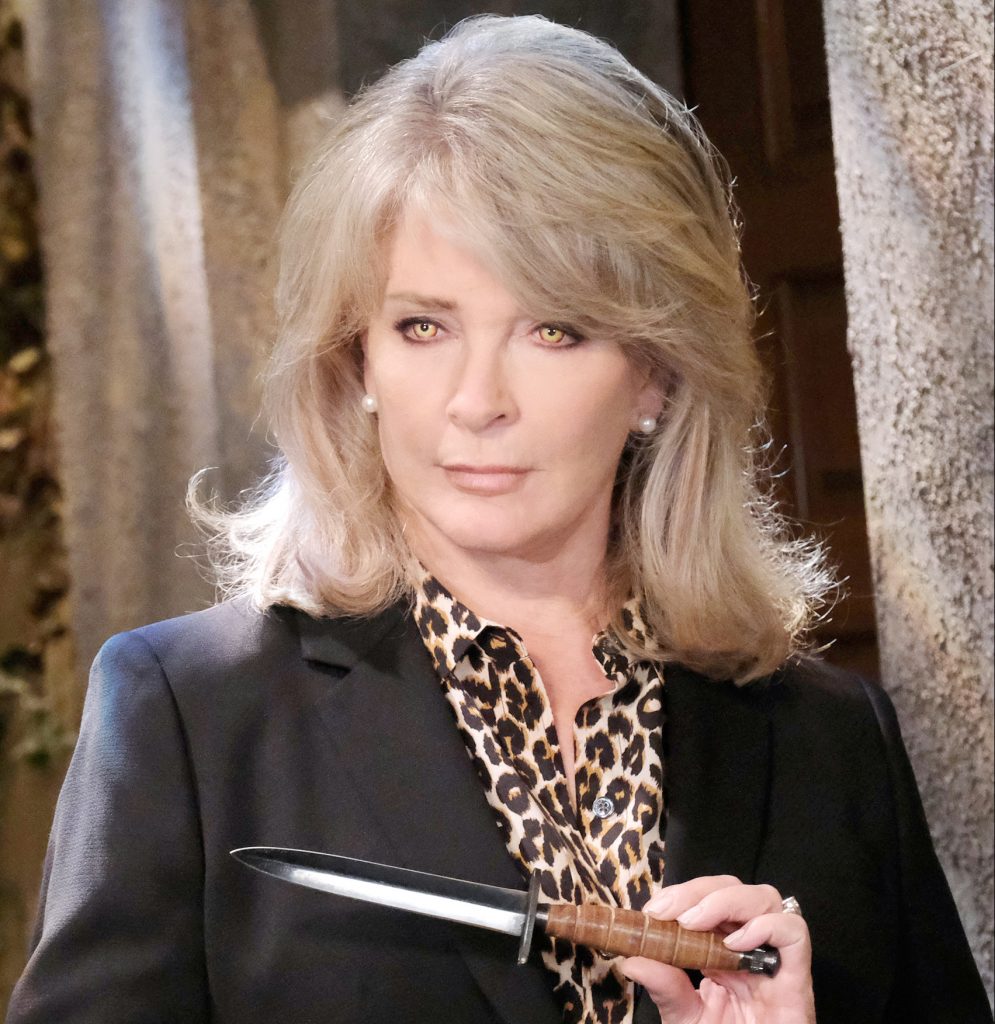 I think they all played their parts very well, especially Julie. She didn’t flinch or blink an eye, standing up to Satan. I was surprised that Belle stood with the others. I thought she’d be the last hold out in believing that her mother was possessed. Hopefully John or Father Eric, who is on his way back will stop her in her tracks before she harms Ciara and the baby.

Susan seaforth Hayes was outstanding on fridays episode and she is soap royalty Doug Hayes has been great as well. Ron carlivatti and team have done an amazing job of keeping the veterans of days front and center as well as focusing on newer stars as well I also loved how the mighty EJ showed his Achilles heel with his caring of Susan.

Lmao. Just wow. Anything goes in the Salem universe.

I have always liked Seaforth Hayes very much. However, it is hard for me to believe that she or any other actor who is saddled with this horrific “Marlena is Possessed — The Sequel” storyline can be called great. The idea was terrible when it was first shown in the 1990s and, on this inane return, is just as bad. Mr. Fairman — I appreciate your interest and support for the soap genre. However, I sometimes think you would provide better support for the shows if your articles/comments were more honest and less “public relations fluff.” Heaping praise on Seaforth… Read more »