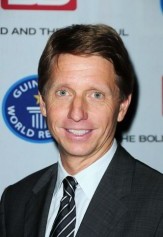 In a brand new interview out today from TV Guide Canada’s, Nelson Branco, the executive producer and head writer of the Emmy Award winning, The Bold and the Beautiful, Brad Bell, was the subject.  From letting-go Drew Tyler Bell as Thomas for Adam Gregory, not bringing Kim Zimmer to his show, to a preview of this fall’s hot story with the Brooke and Stephanie rivalry, to Ridge and Brooke’s relationship, it’s all here for fans of the half hour worldwide phenomenon.   Below are a few juicy excerpts!

Bell on the Brooke/Stephanie rivalry: “In many ways, they’re the super-couple of the series. They’re great actresses, they share great chemistry, and they’re such a pleasure to work with. This fall, we’re so excited to give them perhaps their greatest storyline yet. And we’re going to come through with those high expectations, too. We’re very excited and we’ve nailed down the story. It’s going to be a wonderful October and November with these actresses.”

Bell on Kim Zimmer going to One Life and not to his show, B&B: “We were in talks. We met a couple of times. I want to work with Kim Zimmer! But again, it’s the lack of airtime. I have no time to give the talented actors already on my canvas. To add another great talent to our show would be criminal.”

Bell on replacing Emmy winner, Drew Tyler Bell with Adam Gregory as Thomas: “Well, I’m always casting and reading. When I came across Adam, I immediately thought he’d be perfect to take the role of Thomas where I wanted the character to go next. Drew did a fabulous job. The Emmy proves it. Thomas has been played by many actors along the road he’s traveled and Drew was a great Thomas. Drew’s Thomas was messed up, blowing up cars, but he’ll still going to carry that baggage, but he’s going to do that now through Adam Gregory. This is a character that can really pop and take off. I think having a recast in the role gives us an opportunity to dive in.”

Bell on Ridge forgiving Brooke for the infamous “party boink” with Oliver: “Ronn was great in those scenes. When I watched them, we wondered if Ridge forgave Brooke too quickly, but then I thought, “If my wife had mistakenly made love to a teenager, I may get a laugh out of that!” In soaps, sometimes we take things so excruciatingly seriously that I thought, “Well, Brooke has slept with other men in her life and Ridge has always remained open-minded about that.” I think Ridge’s reaction speaks to their unique relationship. Yes, it’s probably not how most people would react to something like that but it was interesting. What I love about them is that I sometimes think of Brooke and Ridge as Lucy and Desi. Brooke always gets herself in one pickle after another. Though, unlike Lucy, Brooke’s pickles always involve sex.”

Thanks for sharing. I think this was one of the SICKEST interviews EVER. I don’t find Jowen and Bridget as CAMPY. Ridge laughing off Brooke banging a teen WASN’T CUTE. IMO, the show is in a BAD place. Why are heavy weights SJB, RH, JW and HTylo not getting any screen time. It’s the same characters 24/7 Bridge and Hope and what male character makes her INTERESTING. Enuff already!

RIDGE was amazing in those after scenes. She really married a understanding man. It was funny though.

B&B has become amazing. Not for Ridge or Brook, though. The paternity debacle with Dollar Bill and Liam, and sweet, disappointed Thorne, has been the best soap I have seen in years.

I have also enjoyed the $Bill/Liam aspect. I also like Bridget and Owen, but not how they’re putting them together.

I think SJB is being TOTALLY wasted on this show for a THREE time Emmy winner that is VERY entertaining. Why such a LACK of screen presence on this show???? I would love to see SJB and SF in a MEATY SL, but all we get is the same crap of Brooke and Stefani and it generally falls FLAT becuz it’s the same ole same ole ova and ova again!

What will happen to Aggie?

I guess your have given up on Snick in favor of the return to Bricky.

SSF – I haven’t at all given up on Snick. My thing with the INSERTION of Brooke was for Nick to FINALLY GET that the LOWgan women were BAD for him and hence it would make it EASY for him to choose Aggie over Brooke…..So I’m not sure HOW you gathered I favored Bricky over Snick….Please do tell.

Thorne was disapointed cause he knew he was going back to the basement….They ruined Brooke entirely with that “party boink”. Just ludicrous to believe they had no idea who they were boinking. Thankfully she isnt pregnant AGAIN!