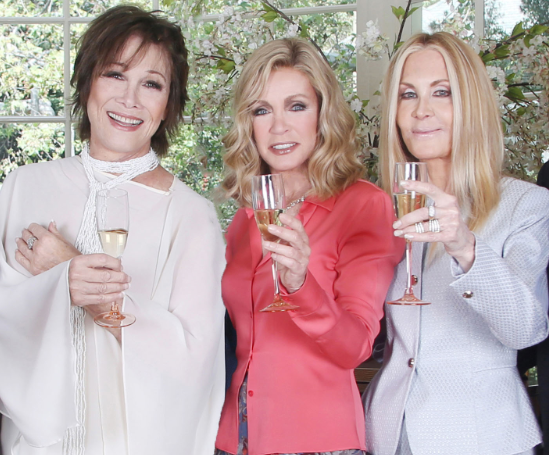 Who doesn’t love to see a Knots Landing (1979-1993) reunion,  especially when the three major leading ladies from the iconic primetime soap are seen together and step out in public!

It was there that these women chatted about their enduring friendship, and of course, missing that infamous cul-de-sac!  In a feature for ABC News via AP, with the fan favorites from ‘Knots’, Van Ark commented: “The truth is that we are, in fact, sisters. And when we’re together, it’s goofy and fun. When we have our three-way conversations, which might be just the three of us, we are truly joined soul-to-soul, heart-to-heart.”   The trio revealed that they always get together for dinner.

Coming up in December is what would be the 40th anniversary of the debut of Knots Landing. When asked if there might be another reunion show, Van Ark remarked that she would hope that Valene, Abby, and Karen would have had some ‘work done’, commenting: “They’ll all have facelifts, I hope.”

And if that wasn’t funny enough, Joan chimed in that there is a back-up plan if there is no reunion: “It’s a show that were going to call  ‘We’re ‘Knot’ Done Yet.’ And we’re not. We’re not.”

With female empowerment being a huge topic of our time, Donna Mills expressed how ‘badass” the ‘Knots’ gals were for their time: “We were so strong, our characters were so strong, that it was like, ‘Don’t mess with them.'”

Hell yeah to a reunion but NO reboot!

Yes I would love to have a reunion of all three famous actresses. What about the guys?

The one in the middle is Nina’s mother.

The one on the right is the first Gloria Fisher Y&R. Michael and Kevins mom.

YES!!! PLEASE BRING THEM BACK!!

A well-done reunion would be terrific!

Knots was my favorite of all the nighttime soaps back in the day…Would love to have like a TV movie but like Phil said, NO reboot…BTW, I want Nicollette Sheridan with them…

Knots was my favorite too, followed closely by Melrose Place lol!

WOW! The Knots trio of Michele Lee, Donna Mills, and Joan Van Ark are still hot as ever. Watched the show with my mom in the 80s and would love to see a reunion show only. It is time to catch up with one of CBS’s best nighttime dramas along with Dallas and Falcon Crest. Bring them back. Miss Donna on General Hospital! Miss the late Julie Harris.

They should do a stage act together spoofing their characters, Hollywood ect…it could be a hoot..call it Nuts Landing-lol

Absolutely love to see it back. I would love to see the ‘old’ shows …they repeat everything else, why not Knots, Original DALLAS and Falcon Crest. I remember watching all three and loving them!

Dallas and Knots didn’t do well when they tried to show them years later as repeats.

Yes! Knots landing is my favorite TV show of all time. I would love to see the girls from the cul-de-sac again.

My all time favorite show! I would love a reunion!!!

Yes, all we need now are Kevin Dobson & Ted Shackelford.

I would love to see a “Knots” 40th reunion special. I was an avid fan of “Knots Landing” for the entire 14-year run, not allowing anyone to disturb me at 10:00 on Thursday nights. It was the best of all the popular night-time soaps that were on at the time. The show made you care about the characters and anxiously anticipate what was going to happen next in the cul-de-sac. I still miss the show and wish that all 14 seasons would come out on DVD. I have the first two seasons (that’s all there are), but things only got… Read more »

Yes I would watch a reunion of Knots Landing. I loved that show and those girls!

Absolutely, I would love to see a reunion. 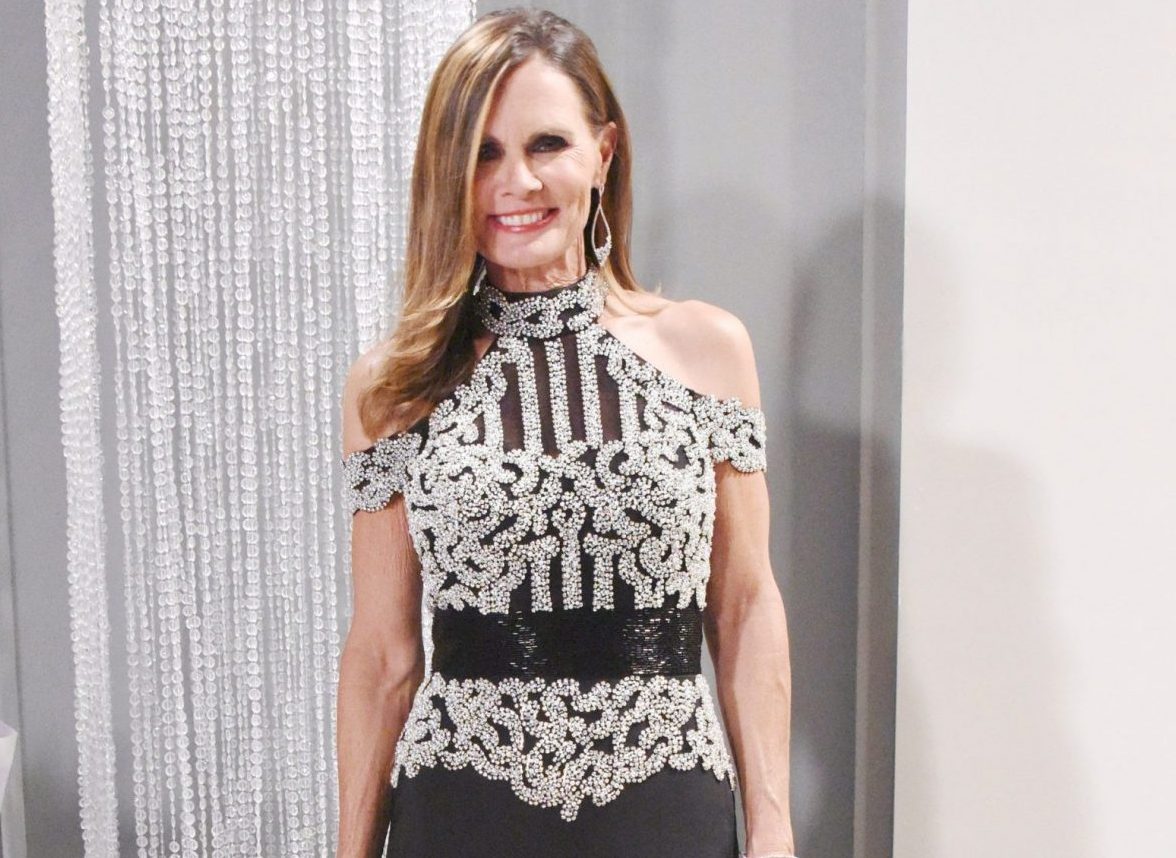 Along the way, Lucy was married to Alan Quartermaine (the late Stuart Damon), was involved with Scott Baldwin (Kin Shriner), Kevin Collins (Jon Lindstrom) and other men in Port Charles.