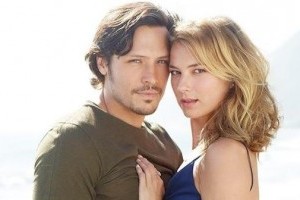 Just when you thought that finally Emily (Emily VanCamp) and Jack Porter (Nick Wechsler) would have an easy path to reconciliation in the upcoming fourth season of ABC’s soap in the Hamptons Revenge, better think again!

According to TV Line,  Emily will be getting a new love interest this fall.  Details are sparse, but the outlet reports, of course, that she will be involved with a recurring character who will be sexy and charming.  But that does not mean that Ems and Jack don’t stand a chance either!  It will just make things more complex!

In a piece in Variety, Aaron Harberts (executive producer, Revenge) noted, “This year, Emily has the opportunity to come out as Amanda Clarke … as we get to know more about Emily/Amanda, she has to start confronting all the things she’s left undone and the mess she’s left behind, and how willing is she to clean up messes for all the people who’ve taken such good care of her? As we launch into season four, Jack becomes the center of that turmoil. There’s really only one character on the show who knows the relationship between David Clarke and the girl who was Amanda Clarke, and that’s Jack Porter. In a year of Emily asking herself ‘who is Amanda Clarke, how do I get back to that?’ Jack’s going to play such a huge component in that.”

So, are you pissed that Revenge is bringing in yet another gent to throw a curve ball in the reconciliation of Jack and Emily?  Or, do you want to see Emily with someone else anyway, now that Aiden  (Barry Sloane) has been killed-off? Weigh-in!

Just like your average soap operas the couple everyone wants together is always torn apart.

Since I was really rooting for Emily and Aidan…and that’s now gone with the wind…I’ll wait and see who this new actor/character is. I do like Jack; whether it be Emily or someone else, the guy deserves to be happy!

As for keeping Emily/Amanda and Jack apart…same strategy they’re using on NASHVILLE with Raina and Deacon.

I love ”curve balls” ..
I hope the new guy will give Jack a real challenge for Amanda’s heart!

can hardly wait for the return of Revenge ((and Scandal ..

I’m interested in seeing how they will keep Emily from knowing her father is alive…..or will they bring them together and together they’ll get revenge?? What about Charlotte?

Why not have Emily and Jack together as a rising power couple big enough to take on the power houses and have her true identity revealed with her father in the background pulling the strings.

Keep Emily and Jack as loving, supportive friends where Jack and the baby are protected from Victoria who will undoubtedly be released. Let Emily find love with another.