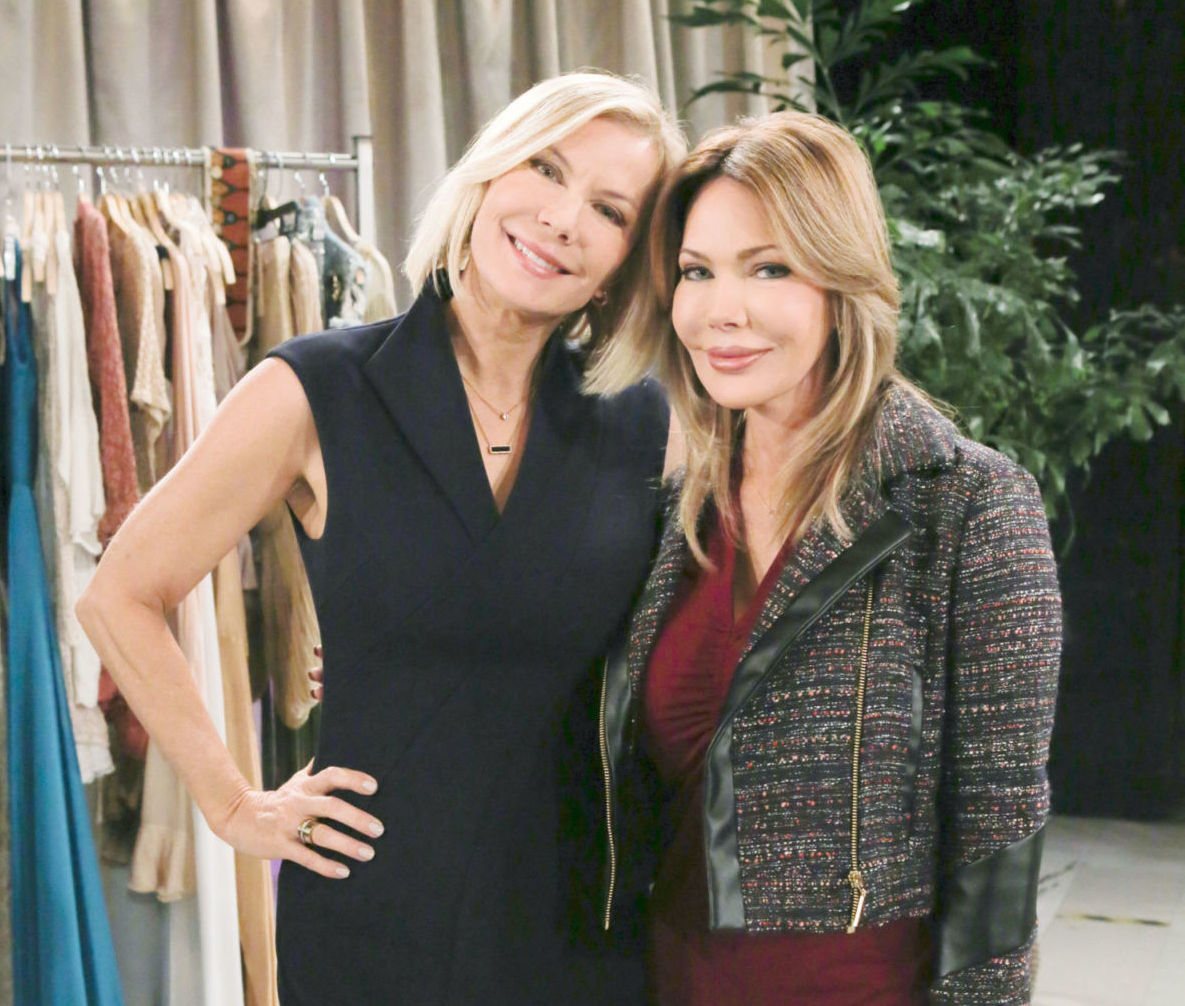 Audiences of The Bold and the Beautiful worldwide have always loved the ongoing feud spanning decades between Brooke (Katherine Kelly Lang) and Taylor (Hunter Tylo).  And on Friday’s episode of the CBS Daytime drama, Brooke learned the shocking truth from her daughter, Hope (Annika Noelle)!

After months of keeping it secret (although the intel somehow went from Steffy to Liam, to Hope, to now Brooke) too many people know that Taylor secretly came to Los Angeles to confront Bill (Don Diamont (after the havoc he was causing in Steffy’s life) and shot him.   Meanwhile, no one has yet been arrested for the crime.  Finally, of all people, Brooke having the ammo to put Taylor away, what will she do with this damaging information?

Now, in an new interview with TV Insider, it appears that new arrival Let’s Make a Deal host Wayne Brady as Dr. Buckingham will cross paths with Taylor.  Brady said of working with Tylo: “I realized after being on set with her that Hunter is the ultimate soap vet. She’s so gifted at what she does. She’s amazing, the best.”

In the latest preview for this week’s episodes of BOLD, it looks like Taylor is either going to have another meltdown, be a wanted woman and not in a good way, or perhaps could she be murdered, or could she shoot someone else to keep their mouth shut?

All of this gives the series staples, Katherine Kelly Lang and Hunter Tylo some meaty material to seek their teeth into.

So, what do you hope happens next? Do you want Taylor to get away with shooting Bill? Do you want her to go to prison or a sanitarium for her crime?  Share your thoughts via the comment section below, but first check out the action this week on The Bold and the Beautiful in the video teaser.

DAYS Ben and Ciara Finally Share A Kiss! Are #Cin The Hottest Duo On Daytime?

Three people can keep a secret if two are dead.

Make “Liam” be the shooter, like he himself thought he was !!!

Taylor is not the shooter ..Bill son is.. So let Taylor live her life and let Bill save his son from jail

Lavi, Taylor admitted to shooting Bill, and it has been shown a few times in flashbacks. Maybe you missed those shows. You can tell how mentally unstable she is. Hopefully as a psychiatrist herself, she will get the help she needs. Her drinking years ago caused her to hit Thorne’s wife with her car, killing her. Now this, and years of fighting Brooke to hold on to her/their husband didn’t help her mental stability. I don’t blame Liam one bit for not trusting her alone with baby Kelly, or Hope either. Hopefully Steffy will take the blinders off, and see… Read more »

I have always liked Wayne Brady, BUT, not on B&B and not with Taylor.He is not only ten years younger, but they are just not suited to each other. Hope they will spare us any romantic scenes.-
On another note, please tell me why Hope thinks that Steffy has to discuss or get permission from anyone, to have her mother live with her. Hope and Brooke are really two of a kind. Liam really got what he deserves with those two!