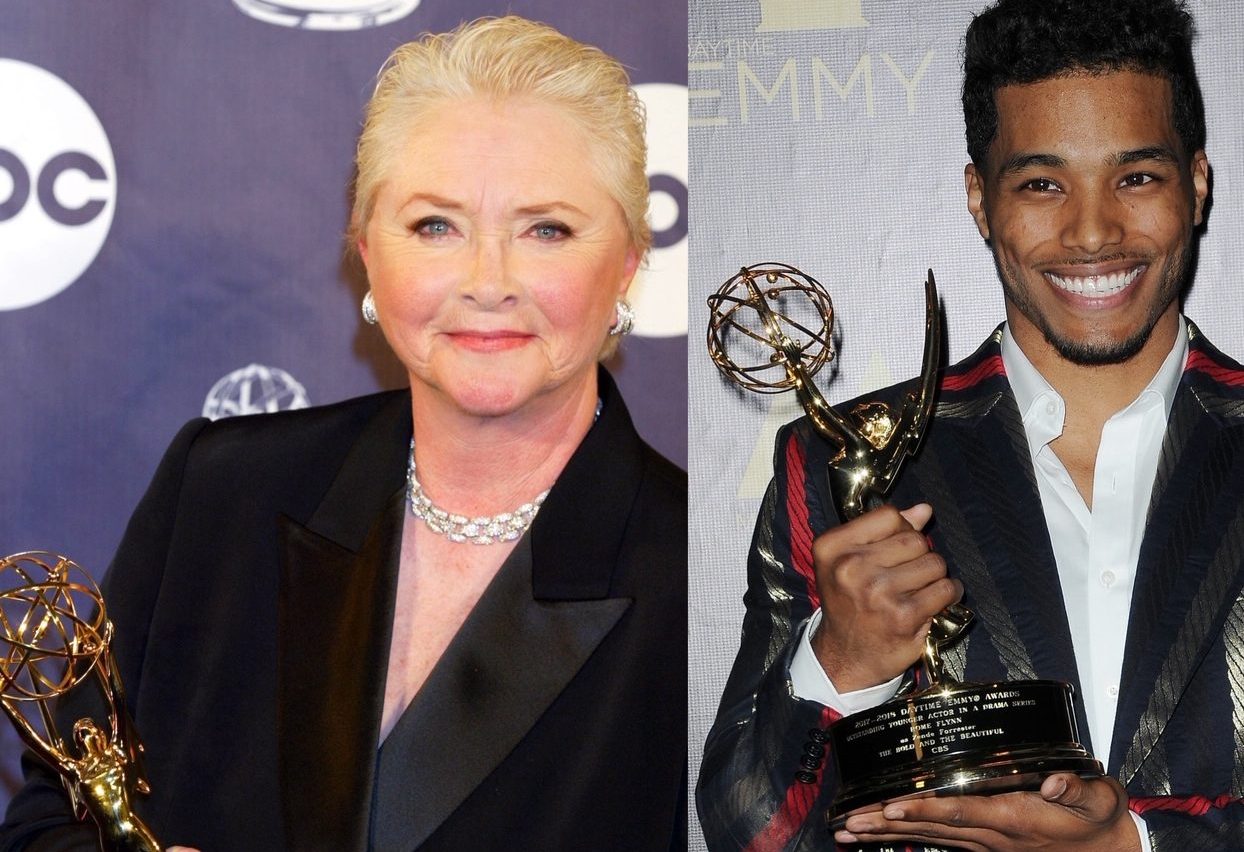 Next week, The Bold and the Beautiful will rebroadcast encore episodes featuring several of their Daytime-Emmy winning performances by past and present cast; as a prelude to Friday night, June 26th presentation of the 47th annual Daytime Emmy Awards on CBS. (8 p.m. EST).

Here is the rundown of what to watch for:

Zende (Rome Flynn) confronts his father-in-law Julius Avant (Obba Babatundé) over his bigotry and poor treatment of his transgender daughter Maya (Karla Mosley) who is adopting her sister Nicole’s (Reign Edwards) biological daughter, baby Lizzy. Realizing that Julius is behind Nicole having second thoughts about signing Lizzy’s adoption papers, Zende convinces his wife to do what is right by reminding her that she went into the pregnancy as a willing surrogate for her sister.

Stephanie (Flannery) schools a mortified Brooke (original cast member Katherine Kelly Lang) on how she will present herself to the media gathered at a Forrester Creations press conference after learning that Brooke is pregnant with Deacon’s (Sean Kanan) child who also happens to be her daughter Bridget’s (then played by Jennifer Finnegan), husband.

After hearing from Taylor (Hunter Tylo) that Bill (Don Diamont) and Steffy (Jacqueline MacInnes Wood) are having an affair of the heart, Katie (Heather Tom) suffers a heart attack.  As Brooke (Lang) barges in on Steffy’s parents, Taylor and Ridge (then played by Ronn Moss) to demand that they put a stop to Steffy’s plans, a very ill Katie sneaks out of her ICU room to tell Steffy that she will not destroy her marriage.

Confused and upset, Liam (Clifton) demands answers from Steffy (MacInnes Wood) about why she needs to take a paternity test when the baby is his. In a heart wrenching moment, Steffy pleads with Liam not to leave her after he realizes that she slept with his father, Bill (Diamont).

So, which B&B Daytime Emmy-winning performances are you looking forward to seeing again? Comment below.

Enjoyed Rome Flynn on B&B,but also his surpring role on The Haves And Have Nots.Tyler Perry made a good choice choosing him for this part. 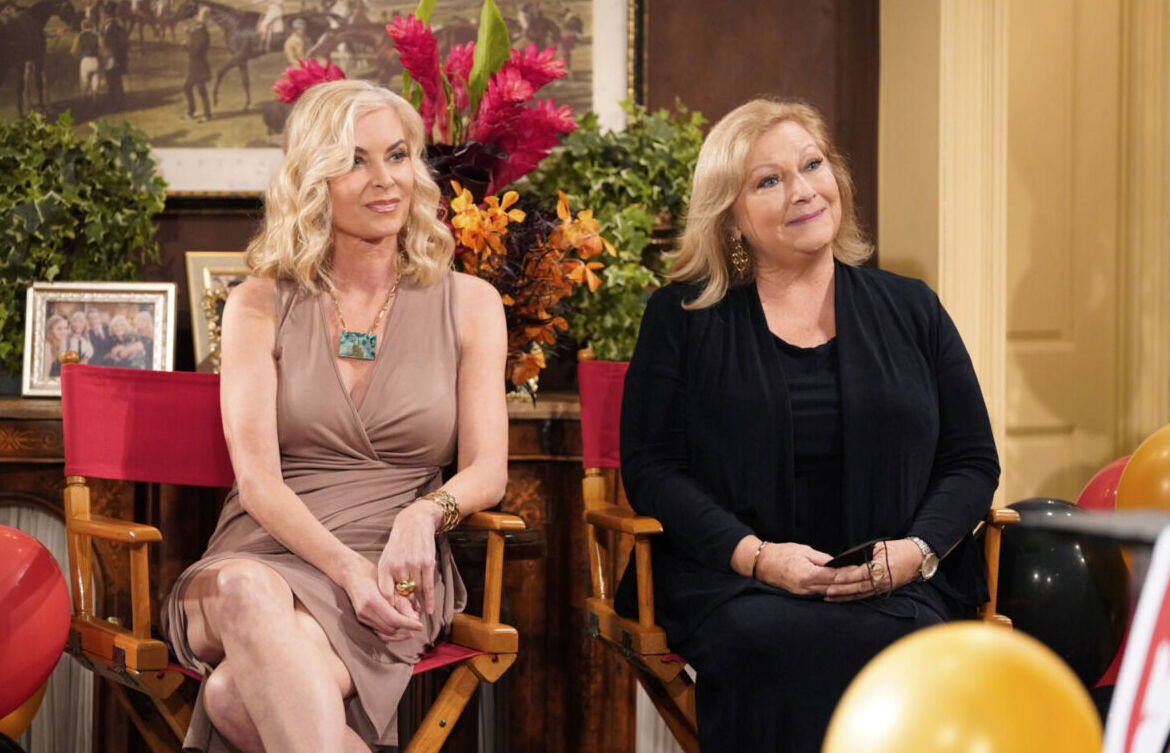 It’s time to celebrate the life and times of Genoa City sisters, Ashley and Traci Abbott, when this week on the Thursday, June 16th episode of The Young and the Restless, the top-rated daytime drama delivers a standalone episode in their honor.

Back in May of 2022, the actresses were saluted by the cast and crew in a special on set private celebration for this amazing milestone.

Coming up this week, Traci and Ashley will share Abbott memories with Jack’s (Peter Bergman) granddaughter Ally (Kelsey Wang), the newest member of the extended Abbott clan, in the special anniversary episode.

From the looks of the promo for it below, there will be clips a-plenty as Ashley and Traci stroll down memory lane.

So, what has been your favorite storyline and moment of Ashley and Traci’s through the years? And … share your congrats to Eileen and Beth on a job well-done for 40 years in Genoa City via the comment section. 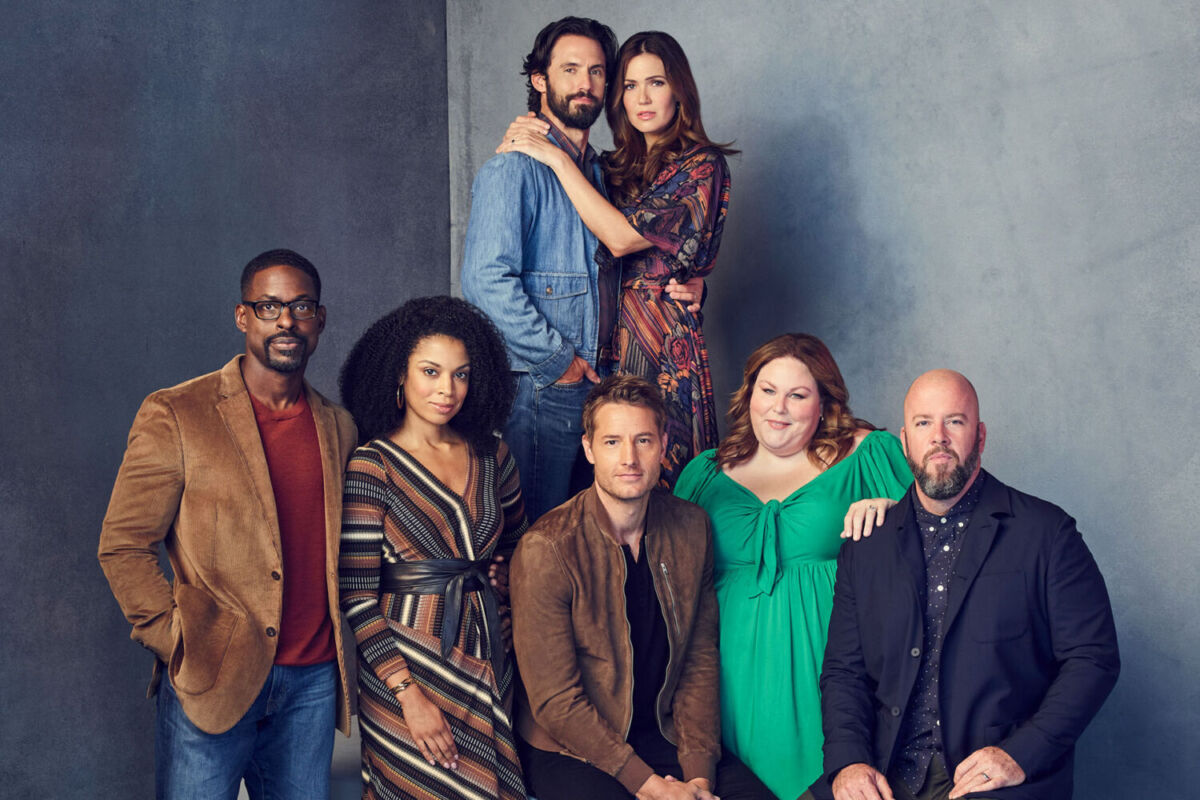 In its sixth and final season, This Is Us delivered unforgettable episodes and performances that will remain with us for some time to come.  From the intrinsic writing, tying stories together from the past, present and future, and the remarkable standout of the season, Mandy Moore (Rebecca), the NBC drama series airs one last time for its series finale tonight at 9 pm ET/8 pm CT.

While we have been prepped to have the tissues ready, the cast and creatives have previewed that the finale will also feel like a big warm hug to longtime viewers who have watched the Pearson family every step of the way from the very beginning. 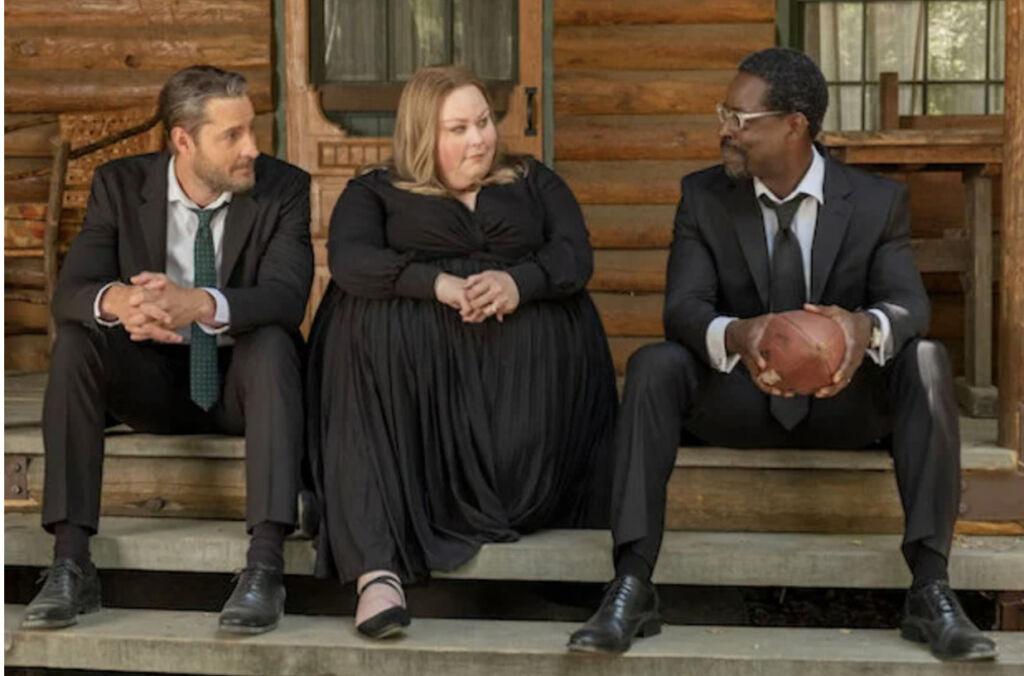 Last week’s penultimate episode, “The Train”, saw Rebecca’s life come to an end after her battle with Alzheimer’s.  Now in the finale, the funeral is front and center stage and a part of the story that is previewed as much more than that.

The series finale is simply titled “Us” and many of the scenes were actually shot four years ago.  Mandy Moore told Deadline at the This Is Us finale party, “To be honest, a lot of what is in the finale for Milo (Ventimiglia) and I was filmed years ago.  I don’t even remember what it was. We had a couple of things we shot for this that I’m excited to see. But I read the script and I’m excited to see everyone else’s work. I think it’s really beautiful. In my own selfish way—maybe because my character passed on in the last episode—I felt like last week was the finale and this one feels more like an epilogue in a way. I think it’s a really beautiful way to tie things all together and tie them up in a very satisfactory fashion.”

The NBC official This Is Us twitter account, came up with the most clever way to promote and remember their beloved series, with a doctors note from OBGYN Dr. Katowski (played by Gerald McRaney) to get the day off work or school to recover from the emotions you will experience during the airing of the show’s conclusion.  (See it below).

So, are you ready to say goodbye to This is Us? Any predictions on the finale?  Share your thoughts in the comment section below.

We just think that #ThisIsUs fans deserve tomorrow off. pic.twitter.com/ZBaonSxDzm