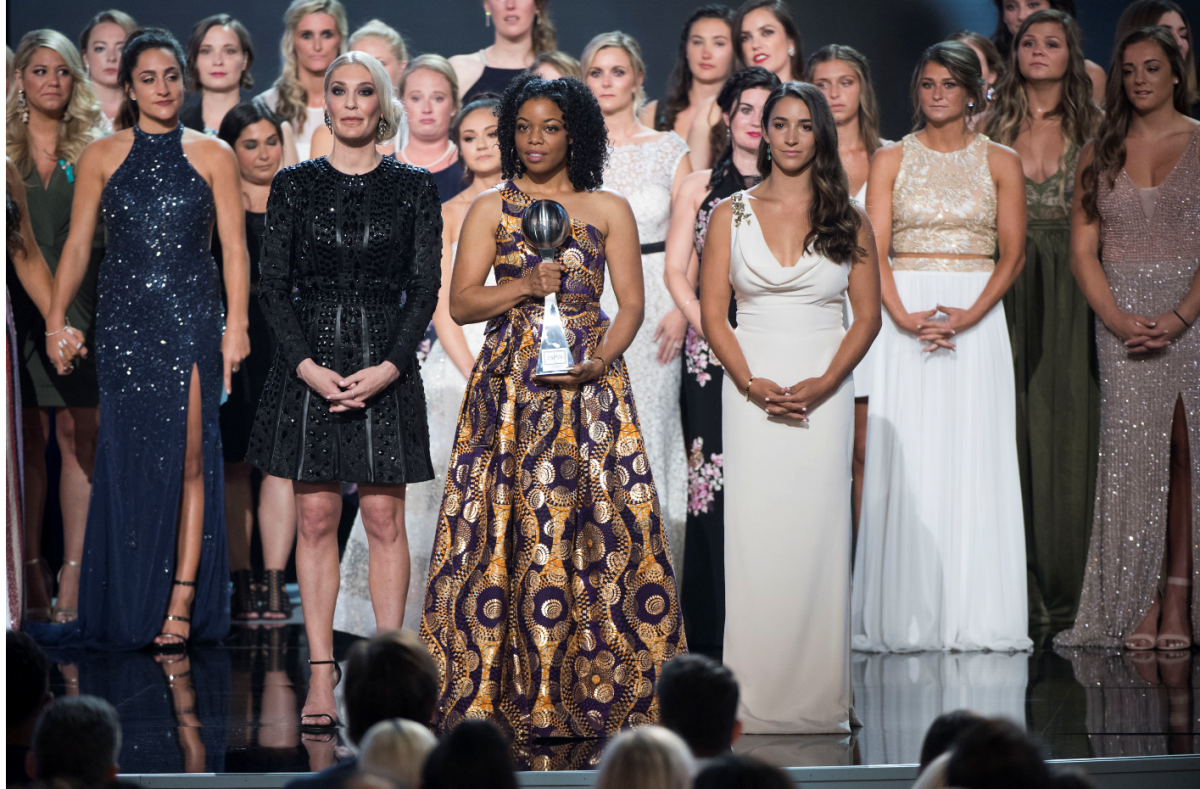 Wednesday night in Los Angeles, the 25th Annual ESPYs were handed out on live telecast on ABC celebrating the best moments in sports over the past year.  The evening also came with some truly emotional, heart-tugging moments about the human spirit with those receiving special honors.

The Jimmy V Award for Perseverance went to former Buffalo Bills quarterback and NFL Hall of Famer Jim Kelly.  In a touching moment, the award was presented by two other QB Hall of Famers and Jim’s longtime friends, John Elway, and Dan Marino. 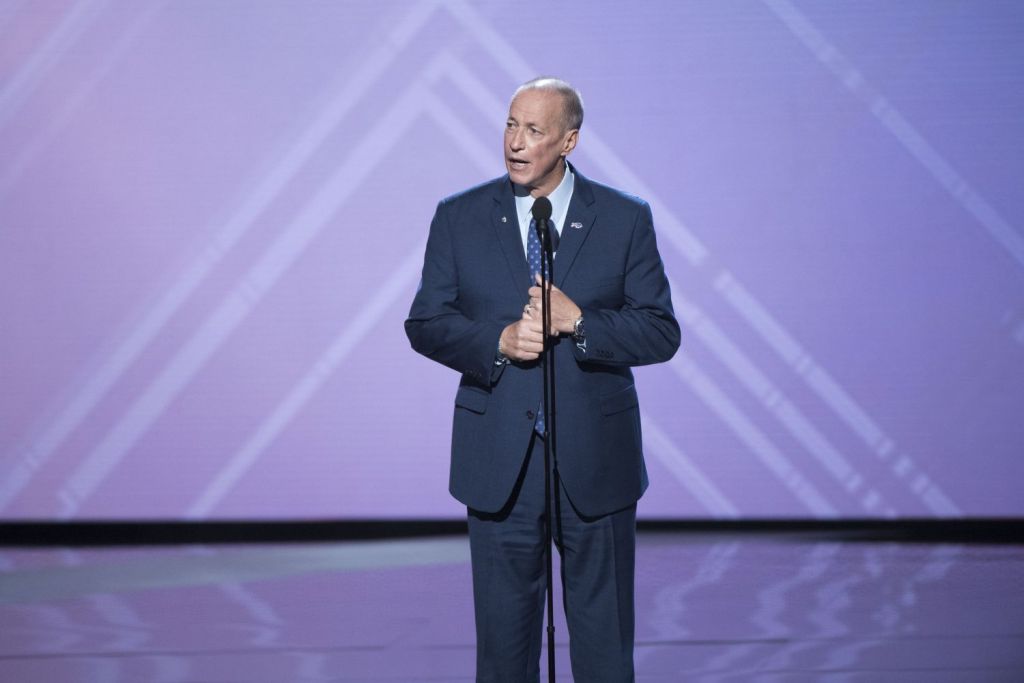 In 2013, Kelly, who led the Bills to four straight AFC championships, received devastating news that would change his life forever when he was diagnosed with squamous cell carcinoma in his jaw.  Although Kelly was told he was cancer-free that same year, the disease returned shortly thereafter.  After many grueling years of chemotherapy and radiation, Kelly announced his oral cancer had returned in March 2018.  As well, Kelly lost his beloved son, Hunter when the boy was only 8-years-old, but who became the longest survivor of Krabbe Leukodystrophy.  Accompanied on-stage by his two daughters, Kelly broke down after seeing his late son in the segment package just before his speech.  In Jim’s acceptance of the award, he ended with a key message: “Make a difference today, for someone who is fighting for their tomorrow.”

In recognition of their undisputed bravery, Jennifer Garner presented the Arthur Ashe Courage Award to the hundreds of athletes who spoke in court about the extensive abuse suffered while they were child and teenage athletes at the hands of former USA Gymnastics and Michigan State University team doctor, Larry Nassar.

The group of victims, including Olympic gold medalist, Aly Raisman took to the stage after a gut-wrenching video introduction about their abuse. Three of Nassar’s victims, Raisman, Sarah Klein, and Tiffany Thomas Lopez, described what they endured, and how they were ignored by all the adults in the situation, when they reported their sexual abuse. 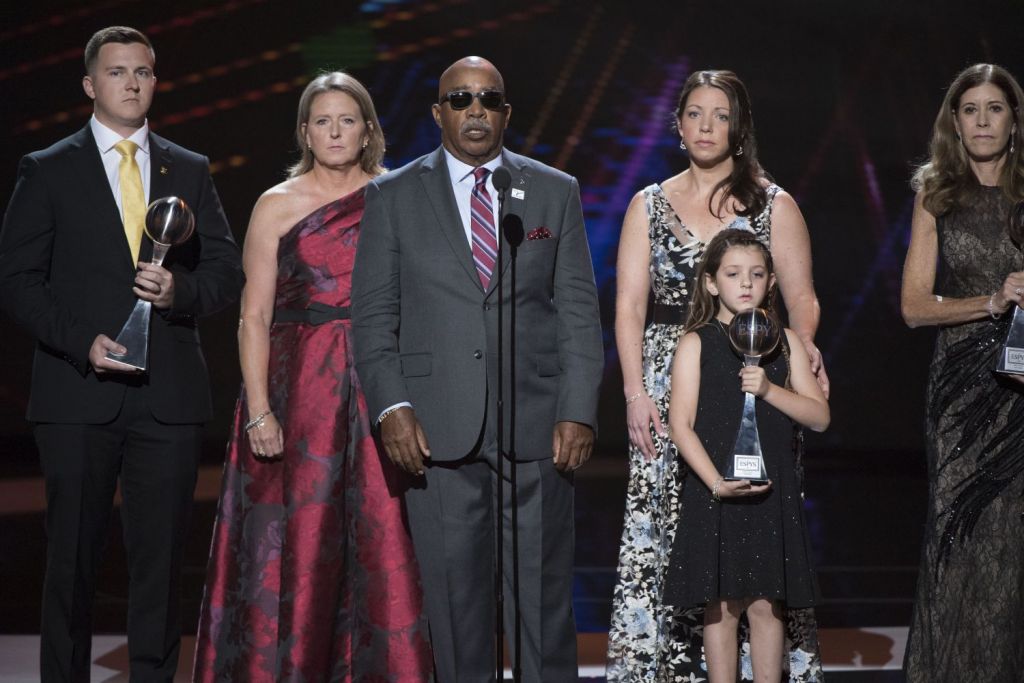 Klein, a former gymnast was the first girl abused by Nassar more than three decades ago.  She expressed: “Speaking up and speaking out is not easy. Telling our stories of abuse over and over and over again, in graphic detail, is not easy.  We’re sacrificing privacy and being judged and scrutinized, and it is painful, but it is time. ”  When Raisman spoke she related this empowering message: “You never healed me. You took advantage of our passions and our dreams. Imagine feeling like you have no power and no voice.  Well, you know what Larry, I have my power and my voice, and I will use them.”  The women received a standing ovation, while tears were seen throughout close-ups of those in attendance.

And, instead of the “Coach of the Year” award going to a professional or college coach, the ESPYs instead paid tribute to Marjory Stoneman Douglas High School coaches: Aaron Feis, Scott Beigel and Chris Hixon who all lost their lives in the mass shooting at the Florida high school in February.  Family members and fellow coach Elliott Bonner took the stage and called for change with gun legislation, following a heart-tugging package featuring students who miss these men, and who spoke of what true heroes they were the day of the shooting; sacrificing themselves for the safety of the students.

Watch the three emotional moment below.  Let us know what touched you the most via the comment section below.

Jordi Vilasuso Joins The Cast Of The Young and the Restless

Does GH’s Margaux Have A Connection To Someone In Port Charles? If So, Who?