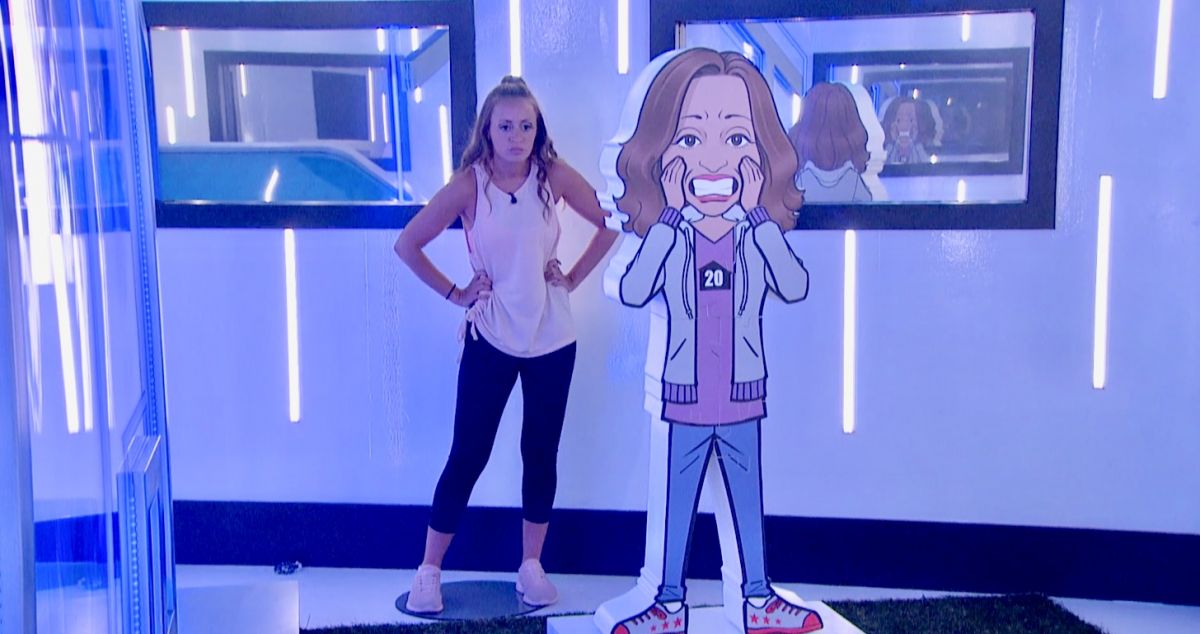 Not only was Thursday night’s episode a live eviction, but it was also the first time a BB Power App was used. It was Sam’s, which allows the chance for an evicted houseguest to return to the game.

It’s no surprise Kaitlyn is still upset from Faysal not using the veto to save her. He tries to comfort her by saying she isn’t going home, but it doesn’t help her calm down.  Even though she felt betrayed, after speaking with Tyler, she felt motivated to campaign for herself.  He encouraged her to first go after JC, because he will probably be the swing vote that could save her.  However, JC already had his mind made up and was campaigning against her to Level 6. On the other side, especially Faysal and Hayleigh, were committed to voting Kaitlyn out because they knew it would be another enemy in the house.

Feeling defeated, Rockstar wasn’t inspired to campaign, but after a quick pep talk with her FOUTTE friends, she changed her tune and started to campaign for extra votes. She even spoke with her biggest enemy Brett to consider keeping her in the game. Brett mentioned that he doesn’t care for what she has to say, but is debating putting his game before his pride.

It was time for the voting ceremony. As the votes came, Kaitlyn was ultimately evicted from the game by 9 to 1. JC was the only one to vote to save her, which is interesting, because he was one of the main voices who was pushing to get her evicted. It seems that his vote was an attempt to help his game by pinning it on someone else. Only time will tell…

Following the eviction, Kaitilyn was giving her goodbye hugs. Then, an announcement came over the monitor telling her she has a chance to come back into the game. She was then told to go to the BB App Store, and was given instructions that she must complete a puzzle in-less than 150 seconds. As the time ran out, so did Kaitlyn’s confidence. The pressure got to her! She failed to successfully complete the puzzle and was immediately removed from the game. (filed by- Jake Updegraff – Big Brother correspondent)

Tune-in to a new episode tonight at 8/7c on CBS to find out who will win HOH and be nominated for eviction.

Who are you hoping wins the power this week? Let us know in the comments below!

THE YOUNG AND THE RESTLESS: Hilary Dies, As Mishael Morgan Wraps Her Run With The Power Performance Of The Week

THE YOUNG AND THE RESTLESS: Heartbreaking Hevon Wedding